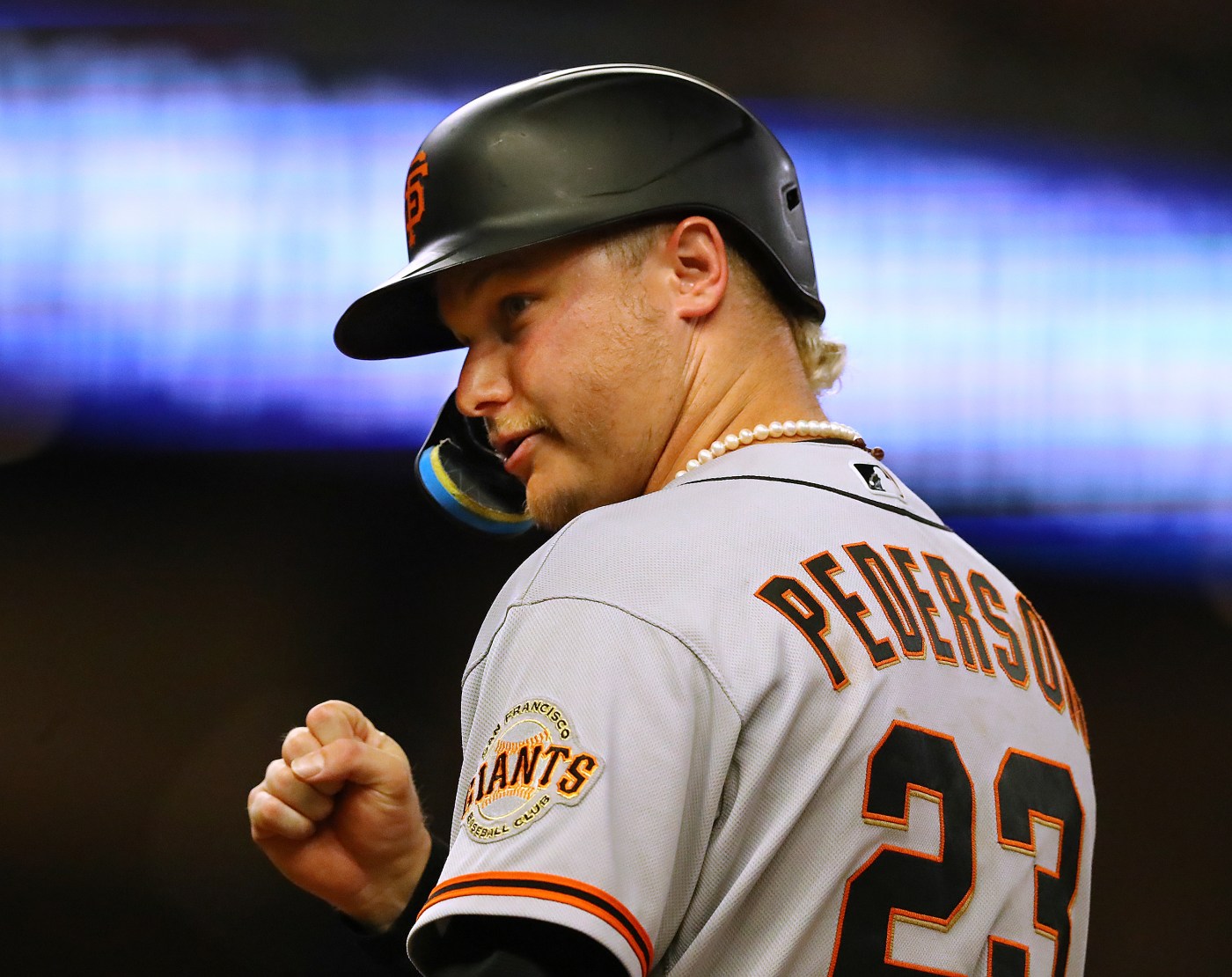 SAN FRANCISCO — Along with his second career All-Star nod, Joc Pederson received an invite to participate in his second Home Run Derby for next week’s festivities at Dodger Stadium.

But Pederson had to decline. The derby wasn’t worth aggravating a few nagging injuries he has, including a “messed up” neck and back.

“I’d rather take the three days to recover rather than exert energy in something and be sore for a little bit,” he said. Pederson added his injuries are not bad enough to prevent him from playing, but he doesn’t feel 100 percent healthy.

He is also familiar with the toll a derby can have on the body. He participated in 2019 during his time with the Dodgers and made it to an epic semifinal match with eventual winner Vladimir Guerrero Jr. The pair went blow-for-blow in a face-off that went to two three-swing tiebreakers. Pederson lost on the final swing, and Guerrero went on to hit a derby-record 91 total home runs during the derby and beat New York’s Pete Alonso by one long ball.

Pederson said he couldn’t move for about a good 24 to 38 hours after his last derby.

“You’re hurting a lot,” he said. “But it’s definitely one of the funner things to do in baseball and hopefully I’ll get to participate in it again one time. But I wanted to use this time to soak up the experience with my family and put myself in the best position to help the team to the playoffs and win another World Series.”

“I support what Major League Baseball is looking to do to grow the game by having exciting events like the Home Run Derby,” Kapler said. “Fans would probably like to see Joc in the derby. That said…I support our players being healthy, mentally strong and in their best possible condition going into the second half of the season. Their first job is to perform for the San Francisco Giants. That applies to pitching in the All-Star game and participating in the Home Run Derby and other events.”

Pederson is slogging through a slump in which he’s batting .152 for the month of July and has gone hitless in his last seven games. Looking for a spark to get his swing back on track, Pederson has been using some of his teammates’ bats.

He peruses the bat rack looking for one that makes him feel something. Most recently, he picked out Curt Casali’s bat because it “felt the worst.” He got a hit soon after. The logic to “lower expectations” for himself at the plate seemed to briefly do the trick.

Starting pitcher Carlos Rodón was recently named as a replacement for Milwaukee Brewers pitcher Josh Hader and will join Pederson in Los Angeles for All-Star weekend.

La Stella, placed on the COVID-19 IL on July 8, is “feeling better,” Kapler said, and could be nearing a return.

Longoria, dealing with an oblique injury, could begin a rehab assignment in the next few days with a possibility to return to the team before the All-Star break, Kapler said.