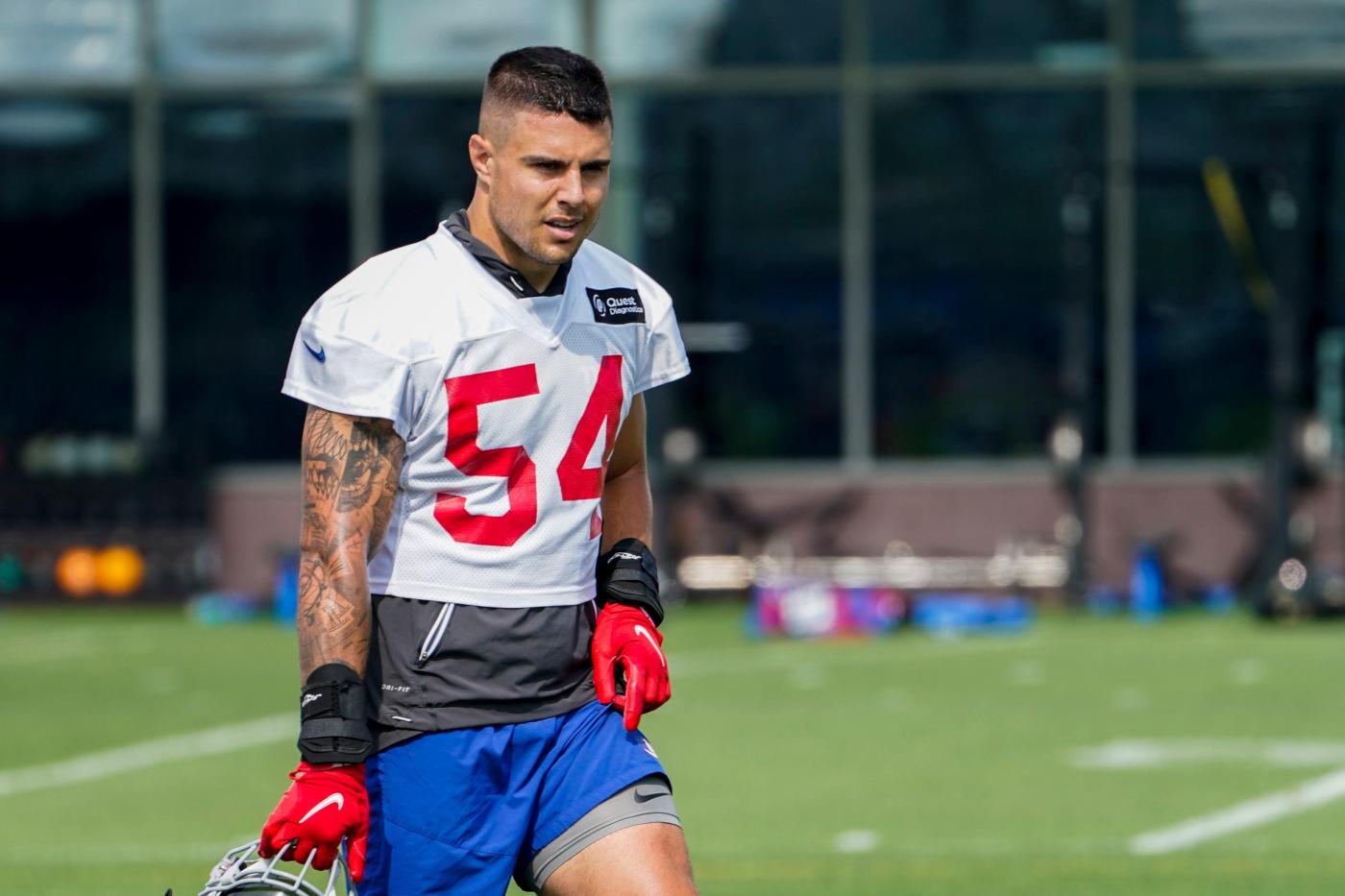 Giants GM Joe Schoen cut linebacker Blake Martinez on Thursday, hours after saying “we like the guys that are here, the 53 players that are on the roster.”

Schoen later said he couldn’t rule out anything that made the team better when asked about wide receiver Darius Slayton, whom he said would “be on the team Week 1.”

“Right now the 53 today, I’m not gonna say Week 1 on any of these guys,” Schoen said. “You never know what’s gonna happen. But we like our 53 right now. We’re gonna move forward with our 53.

“If there’s opportunities available that we need to pursue then we will, whether it’s Darius or anybody else,” Schoen said. “Everybody’s competing on a daily basis for their position because we want the best 53.”

Martinez, 28, was not a favorite of new defensive coordinator Don “Wink” Martindale, sources say. The staff didn’t see him as a fit in the scheme.

They played him 26 snaps in the preseason finale against the Jets when a lot of the starters sat out.

He was also a tie to the previous regime of Dave Gettleman and Joe Judge, just like safety Logan Ryan, who was released in March. Martinez was a two-time captain in his only two seasons in New York under Judge.

Martinez had been absent from Wednesday’s practice for unspecified personal reasons. It’s unclear what that had to do with his release, if anything.

It’s possible both Martinez and the Giants mutually agreed this wasn’t a fit. And maybe the peculiar timing was due to the organization treading carefully around a respected veteran.

But Martinez certainly wasn’t acting on Thursday like a player who expected to be released. He practiced and was the first player to welcome the media back into the Giants’ locker room.

“Welcome back!” he said with a smile. Then he joked: “Someone made my locker messy.”

The Giants save a negligible amount of salary cap space with this move. It was not financially motivated.

Schoen actually guaranteed Martinez $2 million this season—money that had not existed in his original contract—when the linebacker took a paycut in March to stay with the team.

Martinez practiced with the starters intermittently this summer in his ramp up from last season’s torn left ACL, but from early on, it appeared both inside linebackers Martinez and Tae Crowder had a tenuous hold on their jobs.

Sixth-round pick Darrian Beavers was pushing hard for major playing time before he tore his left ACL in a preseason game.

With Beavers out, fifth-round rookie Micah McFadden seems to be the next man up. He had a good camp. Austin Calitro, Carter Coughlin and Cam Brown are also in that room.

And the Giants on Thursday worked out former Steelers linebacker Buddy Johnson, who has played in four career NFL games.

Gettleman originally signed Martinez as a free agent in the spring of 2020 to a three-year, $30.75 million deal with $19 million guaranteed.

The Giants restructured Martinez’s contract twice: once in 2021, pushing $3.5 million in cap dollars to this year; and again last spring with the pay cut and guaranteed $2 million.

The Giants filled the roster spot by claiming guard/tackle Tyre Phillips off waivers from the Baltimore Ravens. The third-year pro has 22 regular season games—13 starts—and two postseason starts under his belt.