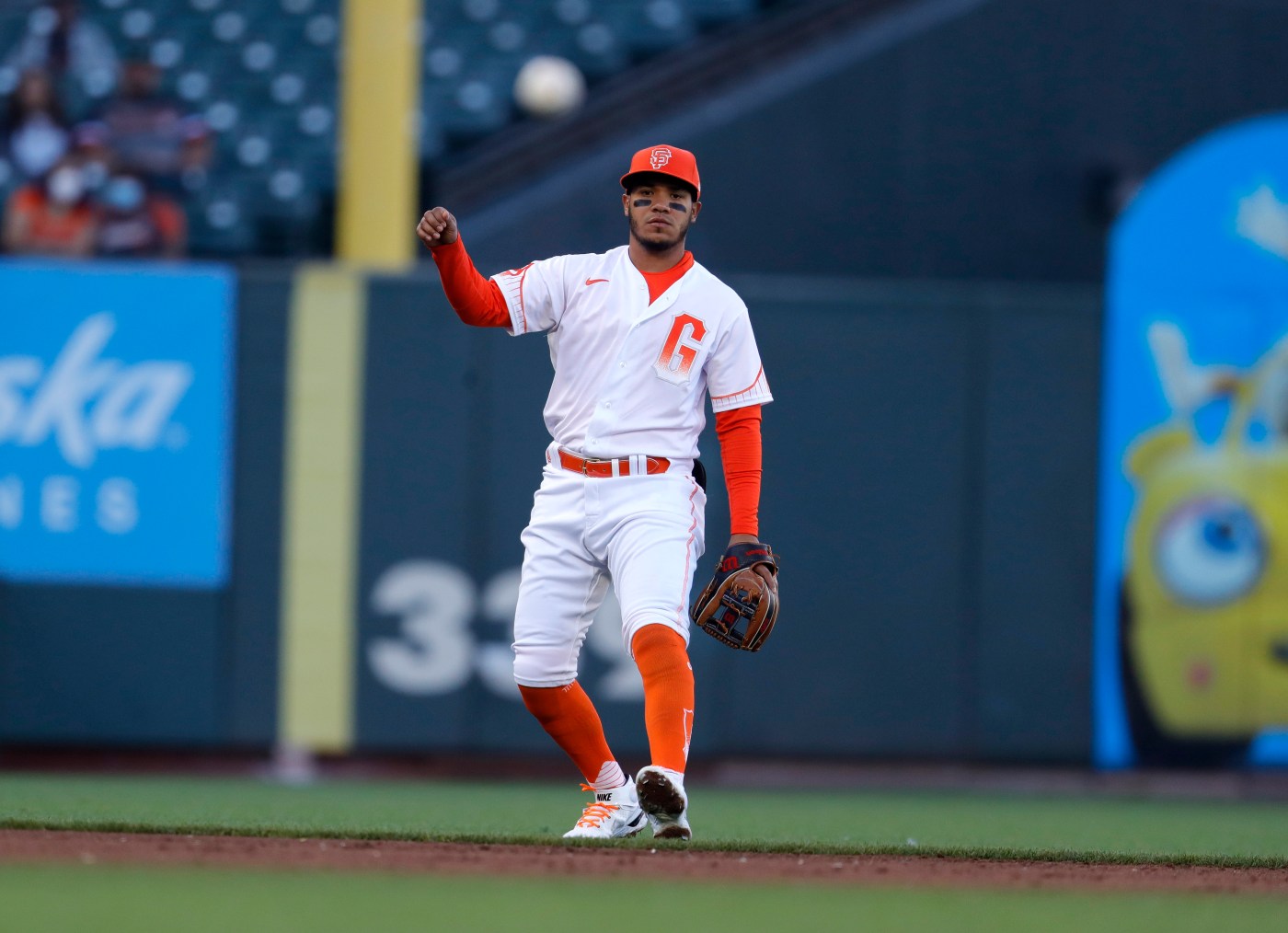 SAN FRANCISCO — Thairo Estrada left Saturday’s game in the fifth inning after Cubs pitcher Mark Leiter Jr. struck him in the head with a pitch.

After being hit with the 84 mph changeup in the helmet, Estrada stayed on the ground while Giants trainers tended to him. He left the game with trainers and manager Gabe Kapler at his side.

Jason Vosler, called up on Friday in a corresponding move after Joc Pederson was placed on the seven-day concussion IL that morning, replaced him at shortstop.

Estrada is the only true shortstop on the Giants’ current roster. Vosler, primarily an infielder, played his first big league innings at shortstop. With Brandon Crawford still on the injured list with knee inflammation and emergency shortstop Evan Longoria sidelined with an injury, the Giants are short on shortstops.

Estrada was also the victim of Carlos Rodón’s frustrated bat kick between innings during a start against the Arizona Diamondbacks last week. Rodón kicked the bat and it accidentally hit Estrada in the leg. Rodón apologized for the incident after the game.