Give us back our money PayPal: Accounts frozen with no explanation 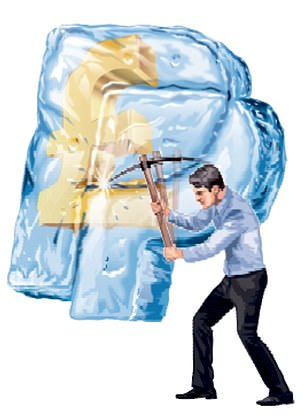 Frozen out: Amid a troubling rise in complaints, online payments giant Paypal is freezing accounts without warning

PayPal boasts of being ‘the faster, safer way to send and receive money’ – yet scores of customers beg to differ.

Amid a troubling rise in complaints, the online payments giant is freezing accounts without warning.

In the worst cases, PayPal has been holding huge sums of cash hostage for months. Furious customers who want to find out what has gone wrong say it is nigh-on impossible to contact the business.

No email address is provided on its website. Anyone calling the helpline gets an automated message batting them off to the firm’s mobile app.

It’s no wonder complaints to the Financial Ombudsman Service (FOS), which deals with disputes between consumers and businesses, have soared. It logged a record 3,762 gripes about PayPal in 2021 — over double the 1,640 received in 2020.

A sizeable 32 per cent and 25 per cent of cases were upheld in favour of the customer in the first and second half of 2021, respectively. This is up from 29 per cent and 21 per cent in the same two periods in 2020.

Experts warn complaint levels could rise even further as users rush to report problems that occurred before 2021 ahead of a December deadline.

PayPal, which was launched in 1998, is an online service that allows two parties to exchange money.

It’s free to open an account. To sign up you only need to provide basic personal details such as your name and email address, and set up a password.

Customers can then link their PayPal account to a bank account or traditional payment card in order to add funds or make withdrawals.

The main draw of using PayPal instead of a bank transfer or credit card is that you can send and receive money without sharing your card or bank details.

This is attractive to small independent or international businesses. It is also a convenient way to send money to family and friends.

PayPal was an early challenger to Mastercard and Visa. It has since grown into one of the largest global payment companies, with 173 million users worldwide — and two million regular customers in the UK.

About half of online shopping sites offer it as a payment option at the checkout, including Amazon, Tesco and John Lewis.

But the digital giant’s reputation as a slick and trusted operator is being called into question by disgruntled customers. 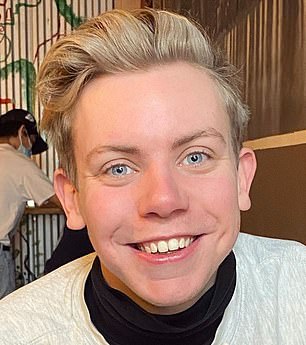 Gus Wade: Fought to release earnings after being told he needed to verify his identity

A decade ago, most PayPal reviews on Trustpilot were positive. Now, 71  per cent of the 4,647 people who left reviews gave the UK business just one star out of five — the lowest rating possible.

Internationally, the company fares even worse, with 86 per cent of more than 22,000 users leaving a one-star rating.

Not being able to speak to someone at the company directly is a stand-out concern. And many customers are angry about being unexpectedly shut out of their accounts.

This doesn’t just happen to people with negative balances — your money can be put ‘on hold’ if you have a new account or have not used one for a while.

Often customers are not even told why their accounts have been frozen in this way.

Eloise McCormack, a 25-year-old public relations executive from London, has been locked out of her account for almost a month.

When she attempted to log in, PayPal said her account had been restricted as the bank card linked to it no longer worked.

She says she has since tried to connect several different cards but PayPal will not accept them.

And when she tries to complain, she receives only generic emails claiming staff are ‘working on it’.

She says: ‘This has been an absolute pain and there has been no person I have been able to contact, as everything that has been sent to me is auto-generated. I’ve given up on being able to use my account again.’

PayPal also blocked a medical student from withdrawing £600 of earnings for 12 weeks. 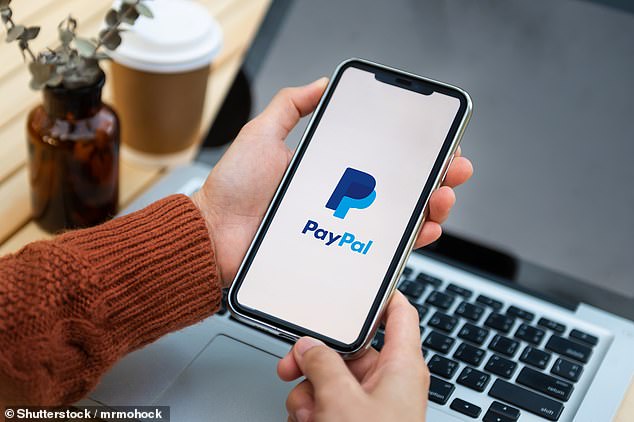 A decade ago, most PayPal reviews on Trustpilot were positive. Now, 71% of the 4,647 people who left reviews gave the UK business just one star out of five – the lowest rating possible

When he tried to access the cash, he was told that he needed to verify his identity.

He did so, and provided his date of birth. But soon after, his account was locked because he set it up before the age of 18, which is against the rules.

‘I had to make a new account and battle PayPal to release the money.

‘I’m a student so I really needed it as soon as possible. I had to rely on my parents to support me.’

People paying for their shopping have also come unstuck, despite PayPal’s Buyer Protection policy. This pledges to refund customers the full purchase price plus the original shipping costs if an item fails to arrive or does not match the seller’s description.

Kate Erskine, 28, ordered clothes from a retailer that went bust in April, and has been trying to get a £204 refund ever since then. She had paid using PayPal Credit, which works like a credit card and charges a typical interest rate of 21.9 per cent.

But she can’t get through on the phone to speak to anyone at the company.

Kate, a public relations executive, says: ‘PayPal says it doesn’t cover companies going bust and that I have to pay the balance in my credit account, even though I don’t have the items.

‘PayPal said the case was closed and it couldn’t reopen it. I’ve emailed a few times but not heard anything back and now the interest on my credit account is racking up.’ 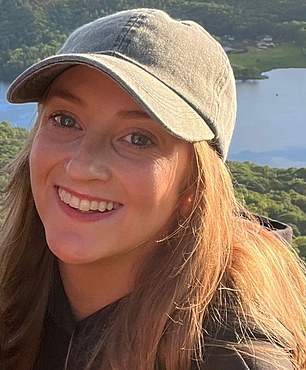 She adds: ‘I used PayPal as I thought I’d have some level of protection for online orders — but that doesn’t seem to be the case.’

When Money Mail checked the small print of PayPal’s Buyer Protection policy we could not find an exclusion that meant customers would be denied refunds if a retailer failed.

Meanwhile, Tom O’Connell, 31, from Birmingham, has been trying to recover £550 for more than three months.

He ordered two items from Burberry and paid via PayPal. But the clothes were too big so he returned them using delivery firm UPS.

However, the fashion retailer claims it only received one item back, yet they were sent in one package.

He says: ‘I raised a dispute with PayPal, but it said I need to prove I returned both items, which there is no way for me to do.

‘I repeatedly asked how to prove it but PayPal just closed my case and said it can’t be reopened. This is not a regular purchase for me, it’s obviously a huge amount of money. As a customer I don’t know what more I can do.’

Paypal and its perilous pitfalls

For ordinary consumers, there is no charge to make payments or receive money. However, there are plenty of limitations consumers should note before signing up for the service.

Anyone selling items on online marketplaces such as Depop has to pay a 2.9 per cent fee on top of a fixed 30p charge. On a sale worth £100 this would work out at £3.20.

Anyone using their PayPal account to accept payments via a chip and pin terminal will pay between 1 per cent and 2.75 per cent per transaction, for example.

Consumer expert Martyn James says: ‘It can be very difficult to find out PayPal’s exact fees as in the past it has been very cagey about them. They are also different in every country and change frequently,’ he adds.

Fraud victims who lose out after transferring money via PayPal may also be treated differently to ordinary banking customers. 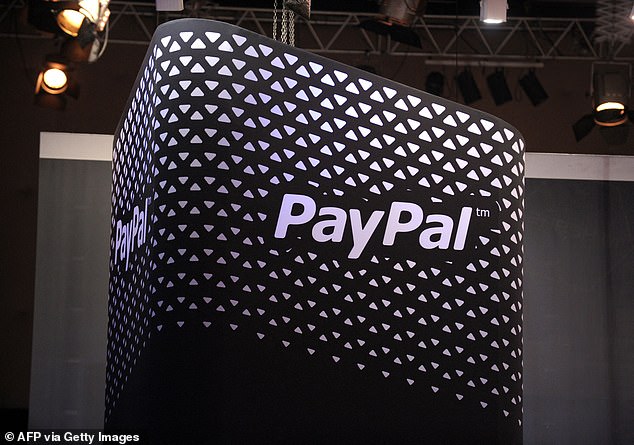 Growth: PayPal was launched in 1998 and has since grown into one of the largest global payment companies, with 173 million users worldwide

Most major banks are signed up to a voluntary code of conduct, overseen by the Lending Standards Board, that requires them to refund blameless scam victims.

But as PayPal is not considered a bank, it has not faced the same pressure to agree to these terms.

And while the firm does have a banking licence, users are not generally covered by the Consumer Credit Act.

Under Section 75 of this Act, credit card providers can be held jointly liable with the retailer for any breach of contract

So if purchases do not turn up or are not as described, customers can claim a refund from their credit card company — as long as the item costs between £100 and £30,000.

However, when using a third party such as PayPal, the link between the retailer and buyer is broken so customers do not benefit from this powerful piece of legislation.

From December 1, PayPal customers will also no longer be able to refer complaints about problems that occurred before 2021 to the FOS.

This is because of a regulatory change. The firm was brought under the Ombudsman’s compulsory jurisdiction on January 1, 2021.

This means it can consider all complaints against PayPal arising after that date.

But as a result, PayPal will withdraw from the FOS’s voluntary jurisdiction on December 1 and the Ombudsman will be unable to investigate grievances from before January 1, 2021. This will not affect new complaints.

Critics accuse PayPal, which made $4.169 billion (£3.48 billion) in profit after tax in 2021, of neglecting its core services in favour of focusing on cryptocurrency and its buy-now-pay-later service, Pay in 3. Customers have been bombarded with emails pushing both of these services.

One Money Mail reporter received nine emails inviting them to use PayPal Credit or Pay in 3 over a period of six months.

But there are questions about whether it is spreading itself too thinly and looking at the number of negative reviews must give it cause for concern.

‘Fundamentally people use it because they trust it to look after their money and to make their purchases smoother. If that relationship is tarnished those customers won’t care about other services on offer, they’ll just be looking for the door.’

A PayPal spokesman says: ‘Anyone who has a complaint dating from before January 1, 2021 and has not yet submitted that complaint to PayPal should contact us as soon as possible.’

He adds that PayPal cannot comment on individual customer cases but is investigating the examples Money Mail has highlighted.