If it is tough when it is baking hot to appreciate that it will be freezing cold in a few months’ time, it is equally tough to accept that economic conditions can flip quite dramatically.

Intellectually, we know that the heat and the drought will come to an end, though there are some difficult weeks ahead.

And we know that next month there will be a new UK Government, which will put an end to the current political uncertainties – at least for a while. However, right now it is all pretty confusing, and troubling too. 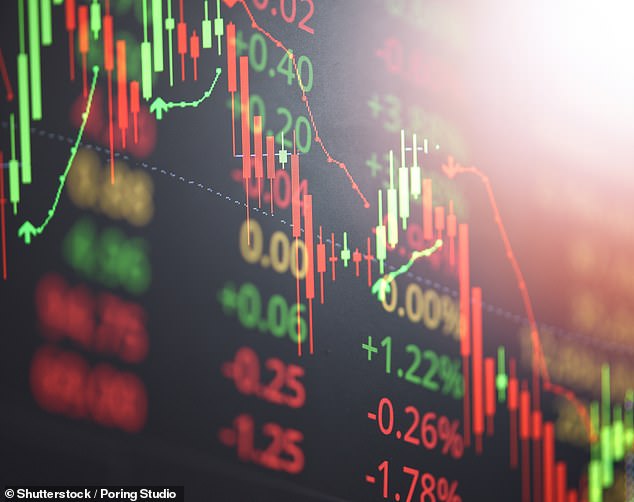 Light at the end of the tunnel?:  It is tough to accept that economic conditions can flip quite dramatically

This I suggest is the best way of explaining the relative calm of the financial markets at a time of great economic and political uncertainties at every level.

That was when the latest figure for CPI inflation, for November, was ‘only’ 5.1 per cent and, of course, the Russian invasion of Ukraine was eight weeks ahead. True, the pound is well down against the dollar, for it ended the year at $1.35 and is now $1.21.

But that is really a ‘dollar as a safe haven’ story, for against the euro, the pound is basically unchanged: €1.19 then and €1.18 now.

It is the job of markets to try to think forward six months or more. So what they are trying to say, in their inevitably incoherent way, is that many of the current uncertainties will be in the past and that solid companies will be making solid profits and paying decent dividends.

It is implicit that if there is some sort of global recession it won’t be particularly serious, and that inflation will be brought back under control without undue economic pain.

This may or may not be right, but it is the best way of explaining why gloomy economic forecasts, including that stuff from the Bank of England ten days ago, have been met with a yawn.

So what’s next? There are several things worth watching. There will be a flurry of new economic initiatives in the UK next month once the next PM is installed and the Cabinet in place.

My main hope is that the new Government will focus on the longer-term issues of UK competitiveness and be more competent in the way it manages its own activities.

I hope too that it listens to the business communities, large and small. But in the short-term, the very fact that there is a change of faces at the top will give a boost to the economy.

I still think it is better than evens that we will scrape by without going into recession this year.

The next thing to watch for will be energy. The oil price has been trending down since early June and on Friday, Brent crude was trading below $100 a barrel, only a tiny bit above the level it was on the eve of Russia’s invasion.

There is talk in the oil market of it falling to below $80 a barrel as given the fall-off in demand from slower global growth, the market seems to be moving from excess demand to excess supply.

Wholesale gas prices in Europe are dreadful, four times the level of a year ago and double the level of early June. That pulls up UK prices, so there is no comfort there.

But think a year ahead. Either the prices will have come right down and/or Europe and the UK will have figured out ways of using much less gas.

The justification for the relatively calm response of share markets is that the gas squeeze, while profoundly troubling this winter, will be a temporary issue. Put it this way.

The surge in energy prices will no longer be pushing inflation up a year from now, and the probability is that falling costs will be pulling inflation down.

Meanwhile, the world’s central banks, including our own, will continue to jack up interest rates.

The quicker inflation falls, the lower the peak of interest rates, but everyone accepts that monetary tightening is an uncomfortable business and that the lags between a change in policy and an impact on prices are both uncertain and long.

Still, peak inflation in most developed countries, including the UK, should be reached this year.

Once the path is heading down, everything becomes clearer. So the markets can glimpse the turning point for inflation in the next few months. That cautious optimism explains their relative calm. I hope and think they are right.