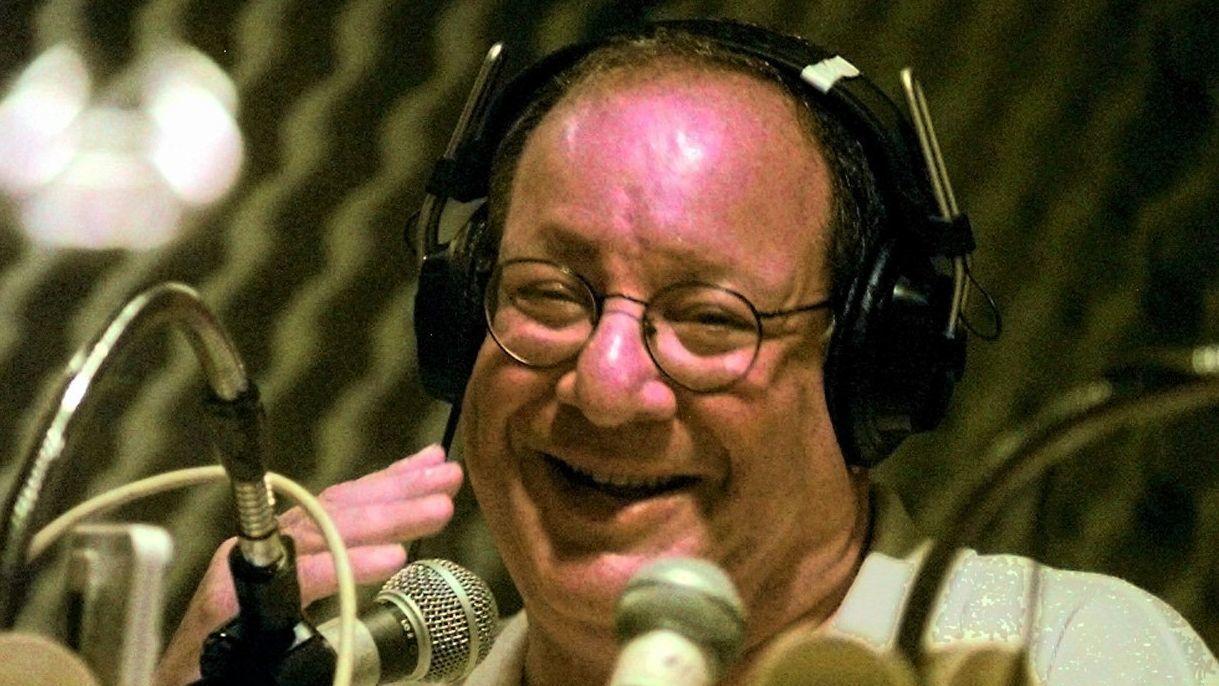 Shortly after Monday’s passing of former South Florida broadcast icon Hank Goldberg on his 82nd birthday, the Miami Heat took note of the moment, posting on Twitter, “We are saddened to learn of the passing of longtime Miami radio host and ESPN reporter Hank ‘The Hammer’ Goldberg. Our condolences go out to his family and friends. RIP.”

While football, and, more to the point, the NFL, was Goldberg’s forte, from his work as a Miami Dolphins radio analyst to his time as an ESPN analyst, The Hammer also recognized the impact of the NBA in South Florida, having been on the airwaves amid the Heat’s inception in 1988.

Understand, the bombast also was part of that equation, as well.

Shifty Schaffel was Lewis Schaffel, the sometimes-irascible initial general manager of the Heat, who drew both Goldberg’s respect and ire.

The Weasel was me (more on that later, including Mrs. Weasel).

But also understand that while football continued to dominate the sporting landscape in South Florida during those initial Heat years, Goldberg, dating to his baseball roots alongside his sportswriting father, also appreciated the need for more.

So once a week we would go a full hour on his top-rated radio show solely on the Heat. At the time, he was the only one in the market doing so.

And that’s the thing, Goldberg perceived early on what basketball could mean for South Florida, how the arrival of someone like Pat Riley eventually could take interest to the next level.

Even when he moved on from South Florida, when his kidney illness took him to Las Vegas to be closer to his sister, he would call for NBA updates ahead of making his picks for CBS Sports HQ (he was always making his picks, his cash riding, as well).

It also is what makes this week particularly melancholy. This was supposed to be a week to get together during summer league, as we had in recent years, at the Red Rock Casino.

Which takes us back to The Weasel.

For as much of a raconteur as he stood, he also was a reporter and newsbreaker, among the first on the sports landscape in South Florida.

So back in 1993, before Riley’s arrival and the current code of silence regarding Heat transactions, Hank, through his sporting connections, including then-Los Angeles Clippers owner Donald T. Sterling, got wind of a planned Heat trade that would send Glen Rice out for Danny Manning.

He went on television that night and duly reported, just as I had for the next morning’s Sun Sentinel.

That next day, back on radio, he was typically cantankerous, referencing “The Weasel” who reported his scoop.

As it was, my soon-to-be-wife also worked at the radio station at the time, leading Goldberg’s producer and current Miami Hurricanes radio voice Joe Zagacki to stop in the hallway and make a point of saying hello to “Mrs. Weasel.”

You do not anger Mrs. Weasel. Joe learned the hard way. So did Hank.

And then, as with seemingly all things Hank, braggadocio turned to humility. Eventually, my son, Jake, would wind up working with Hank at CBS Sports HQ, helping him set up his televised appearances. All the while, Hank would ask about Sheri and Jake.

Yes, Hank could be an acquired taste. No, you did not want to get on the wrong side, as Schaffel often did, a pair of dominant personalities often squabbling on the team’s radio affiliate.

But when basketball was attempting to gain a foothold in South Florida, Hank Goldberg helped keep the NBA afloat in the market from the team’s 15-67 inception.

As for the Weasel moment, the Rice-Manning trade? Never happened. Sterling later that week said he had a dream of enduring Clippers greatness with Manning, calling off the deal as Manning prepared to board a flight to South Florida. That greatness never arrived, Manning dealt the following season to the Atlanta Hawks.

No matter, it gave Hank another moment to chide, chastise, castigate.

He will be missed by the South Florida basketball community, including by Mr. and Mrs. Weasel.

DONE DEAL: So what does Kyle Lowry think about Caleb Martin returning to the Heat on a three-year, $20.5 million free-agency deal? The veteran point guard offered his reaction, in a lighthearted manner, ahead of competing in this weekend’s American Century Championship celebrity golf event in Lake Tahoe. “Nobody care about Caleb,” Lowry first said with a smile of his teammate. “No, congratulations Caleb. Him and his brother [Charlotte Hornets forward Cody Martin], they both earned their contracts. And I was just super excited for those guys. I’m very happy for those guys. I’m very proud of both of them. For Caleb, you know, he’s just got to continue to get better. But, like the money, get better every year.”

DOUBLE DUTY: With Omer Yurtseven, Haywood Highsmith, first-round pick Nikola Jovic and recently signed undrafted free agent Orlando Robinson with the Heat in Las Vegas, it has allowed Malik Allen to double-dip to a degree in his dual roles as summer-league coach and big-men assistant for Erik Spoelstra during the season. “I don’t really want to put too much into that,” Allen said. “I think just for myself, personally, it’s not like you’re coaching big-man camp for summer league. It’s obviously more holistic. I think those guys, in watching them, in terms of how our frontcourt plays, you start to see pick-and-rolls, how they fit, what their strengths can be, where to help them get to where they’re trying to go. For sure, it does help in terms of their learning, their teaching curve, their development curve, is the best way to put it.”

CLASSY ENDING: As was the case when his tenure with the Milwaukee Bucks ended last summer just days after winning a championship, P.J. Tucker remained classy to the end after a Heat tenure that ended two months ago in the Eastern Conference finals. After signing with the Philadelphia 76ers, Tucker posted on Instagram, “What a year. True underdogs that really got it out the mud and went against all odds. Miami you will forever be my home and Heat nation, I can’t thank you guys enough for the love you’ve shown all year. Though our journey together has come to an end, the love will forever remain the same.”

NEXT MAN UP: A year ago, Kendrick Nunn left the Heat in free agency for the last of the Los Angeles Lakers salary-cap exceptions, winding up missing the entire season due to injury. Now there is another South Florida connection at play in the same circumstance, with former University of Miami guard Lonnie Walker IV somewhat surprisingly granted the Lakers’ mid-level exception. Like Nunn, Walker saw his qualifying offer pulled by his previous team during free agency, left to move on from the San Antonio Spurs. For Walker, 23, playing time could come down to whether the Lakers land Kyrie Irving. For now, he is soaking in the Lakers’ championship aura. “Just seeing the trophies upstairs,” he said upon his introduction, “I kid you not, I was sweating for the first 10 minutes of looking at it.” He said there was no ill will as the Spurs moved in a different direction, “It kind of seemed like I wasn’t part of that restart, refresh movement, which is perfectly fine.”

MOVING ON: Even after winning the 2022 championship with the Golden State Warriors and with the opportunity to then cash in on his free agency, former Heat center Nemanja Bjelica decided to play this coming season in Turkey. It is a move by the Serbian big man made with the begrudging approval of Warriors forward Draymond Green. “I’m a little hurt by this one,” Green said on his podcast. “I had an opportunity to create a really great relationship with Beli and one that, quite frankly, will last further than him or myself playing basketball. But for Beli, I think this was more of a family move than necessarily a business move. Beli has two young children, and to be closer to his family.” Green added, “It sucks for us, it definitely sucks for us, because I thought his versatility and what he brought to the floor for us, another playmaker on the court and then obviously the way he stretches the floor, I thought that was really good for us.”

33. College number of Heat summer-league prospect Jalen Adaway, leading to the nickname Flight 33 for dunking ability that landed the St. Bonaventure guard as one of eight players in this past season’s dunk contest at the NCAA Final Four, where he was eliminated in the first round.