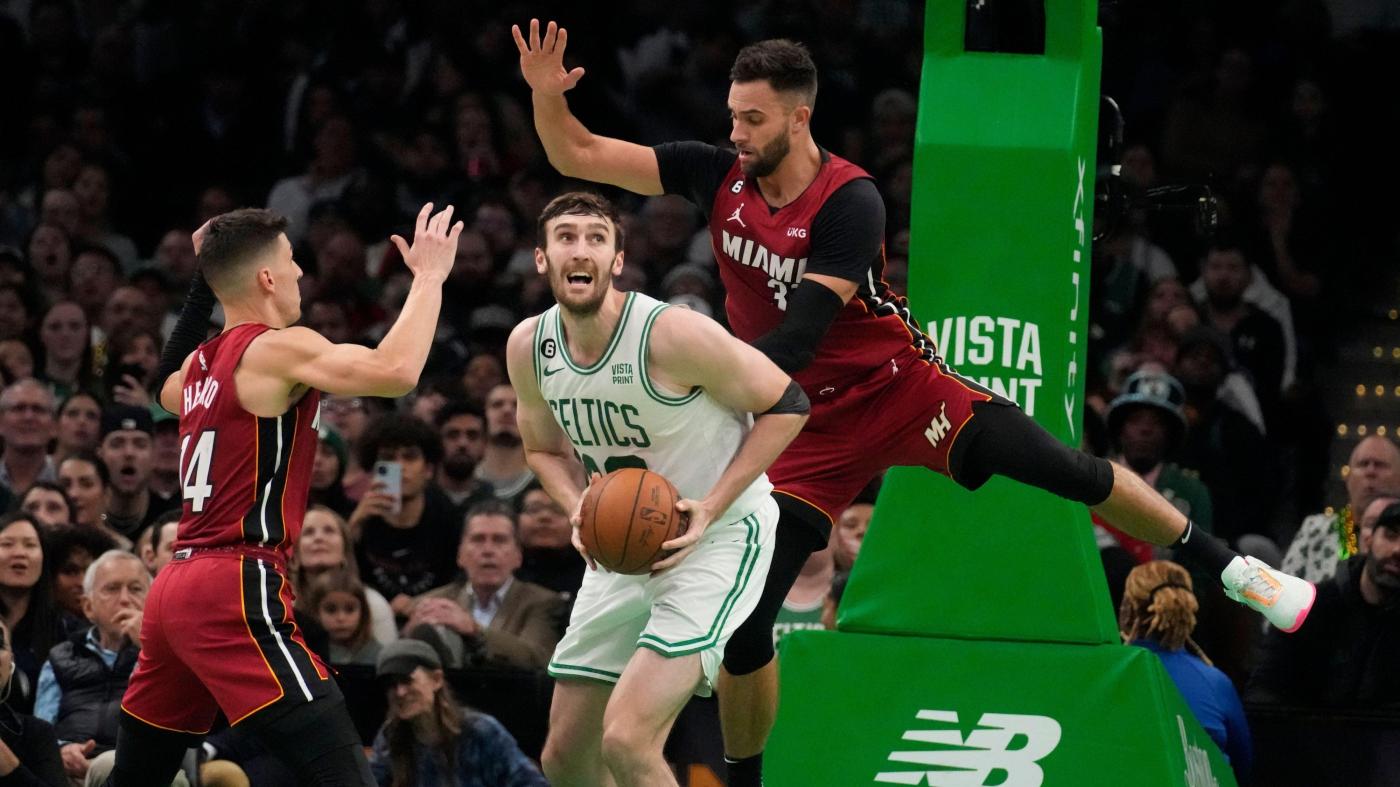 Q: That zone defense has to go at some point. Can’t stand watching endless wide-open threes all day every day. – C.C.

A: The zone can serve a purpose. It certainly flummoxed the Wizards and Hawks in the three-game winning streak the Heat carried into Wednesday night’s loss in Boston. But open 3-pointers are not the answer against teams that live on open 3-pointers. Yes, the Heat took away Jayson Tatum’s slashing game. So he simply settled in for eight 3-pointers. And then his teammates joined in with the 3-for-all. It was similar to how the Cavaliers, another quality East team, carved up the Heat. The hope-you-miss defense can work against teams that miss. The Celtics are not that. Once Jimmy Butler gets back, a team that features defenders such as Butler, Bam Adebayo and Caleb Martin in the starting unit should be better. The Celtics are beyond being defended against with gimmicks.

Q: Jimmy Butler has been many things for the Heat since he was acquired, but Iron Man is not one of them. In his time with Miami he’s missed 80 out of 258 games. I don’t blame Jimmy, as it’s a situation endemic to the NBA. I think in past times, the players paced themselves more, as they couldn’t count on the “load management” today’s veterans receive. Nowadays, it seems players go pedal to the metal for five games and then sit the next three. – Ray, Deerfield Beach.

A: First, it is unfair to lump all players together. Take Kyle Lowry, who went into Wednesday second in the NBA in minutes and the lone Heat player yet to miss a game this season, doing all that at age 36. As for Jimmy Butler, would there be similar concern the other way if the Heat get to the playoffs and Jimmy is burned out? Games with greater meaning remain. Let’s first see how he handles those games. And many times a player sitting is a collective decision. Plus, because of technological advances, players have better medical input about when it is prudent to take time off. Remember, the Heat have Jimmy signed through his 38th birthday. They need him for the long run.

Q: Udonis Haslem over Nikola Jovic? What am I missing? – Thomas.

A: What we were missing, when the Heat listed Nikola Jovic as available for Wednesday night’s game, was the news Erik Spoelstra delivered afterward that Nikola is also dealing with a groin issue. So, to a degree, Udonis was the last ambulatory big man standing.