Hayward man who was arrested on suspicion of burning man to death, then released, now charged with raping woman 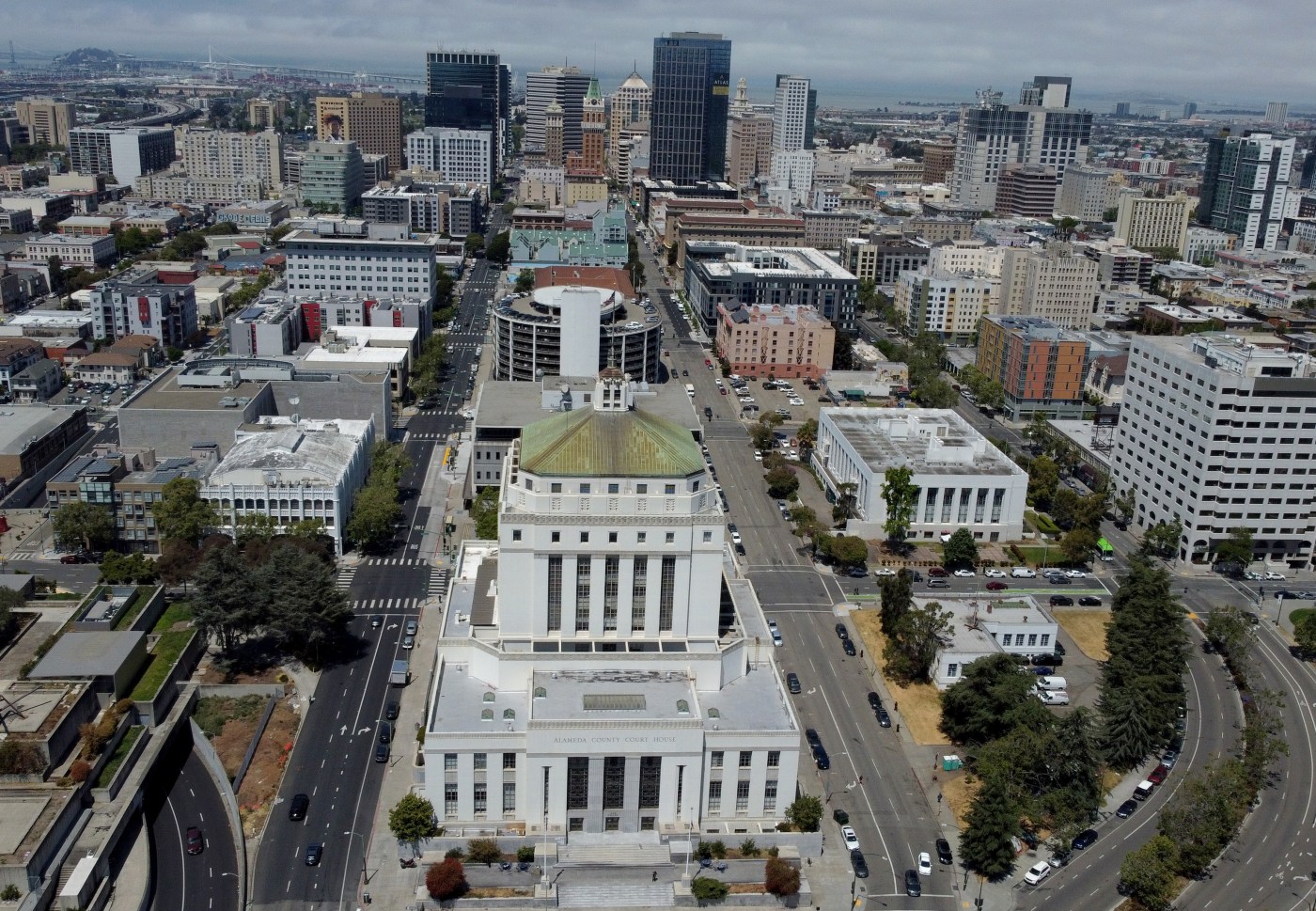 HAYWARD — A Hayward man who was arrested on suspicion of murder after allegedly leading witnesses to the victim’s burnt body, then released for months, was charged during the interim with sexually assaulting and beating a woman with a stone, court records show.

In the meantime, Leyva was arrested in connection with a June 26 sexual assault in which he allegedly raped a woman and beat her head with a stone 10-15 times. The victim told police she was sleeping in some bushes when a man sexually assaulted her and identified Leyva in person, from the inside of an ambulance, court records show.

An Alameda County Sheriff spokesman said he would look into what took the autopsy report so long, and a District Attorney spokeswoman didn’t comment on why it took six months for charges to be filed. But the same week Rodriguez was killed, the San Francisco Chronicle reported that an “explosion” of deaths — in part due to spikes in fentanyl overdoses and the COVID-19 pandemic — had created a massive backlog of autopsy reports at the coroner’s office. This had led to significant delays in autopsy reports in high profile cases, such as the homicide of Mario Gonzalez by Alameda police officers, or the death of Bay Area rapper Stephen “Zumbi” Gaines, the MC of the popular group Zion-I, which remains under investigation.

Leyva was arrested on suspicion of murder on Feb. 2, after he allegedly walked up to two witnesses and asked them if they wanted to see a dead body. He then allegedly led them to a remote area near BART’s South Hayward station and showed them Rodriguez’s body. Both witnesses told police he admitted to killing Rodriguez.

But Leyva wasn’t charged with murder. Rather, prosecutors rushed to put together a criminal threats case against him, stemming from several months prior, when Leyva allegedly chased a man with a machete and threatened to kill him. On Feb. 9, Leyva was charged with making criminal threats, but authorities weren’t able to pinpoint when the crime occurred; the criminal complaint says only that it was between October and December 2021.

Ultimately, the threats charges were dismissed in a plea deal that sentenced Leyva to 50 days in jail — time he had already served — for a case involving vandalism of an apartment with a steel hammer from October 2020, which had been pending since early 2021.

Leyva was released from jail after the plea deal was finalized last March, court records show.

Three months later, Leyva was back in jail, this time on suspicion of sexually assaulting the woman near West Tennyson Road and Huntwood Avenue in Hayward. The alleged victim ran to a nearby fire station and reported the attack, and police arrested Leyva after canvassing the area for suspects. They found him three blocks from the area where the attack allegedly occurred, authorities say.

The woman was being treated in an ambulance when Leyva was arrested, and paramedics drove her to the area, where she identified him as her attacker, according to court records. When questioned, Leyva claimed he’d said hi to the woman but denied raping or having consensual sex with her, according to police.

Leyva was booked in Santa Rita Jail in Dublin, where he remains. Rape and assault charges were filed two days after the attack.

On Aug. 5, the Alameda County Coroner’s office officially ruled that Rodriguez died from strangulation, blunt force trauma to the skull, as well as inhaling smoke and being burnt. The finding indicates that Rodriguez was still alive when he was set on fire.

Three days later, Leyva was charged with murdering Rodriguez, along with an allegation that the crime involved “a high degree of cruelty, viciousness, or callousness.” He has not yet entered a plea, according to court records.