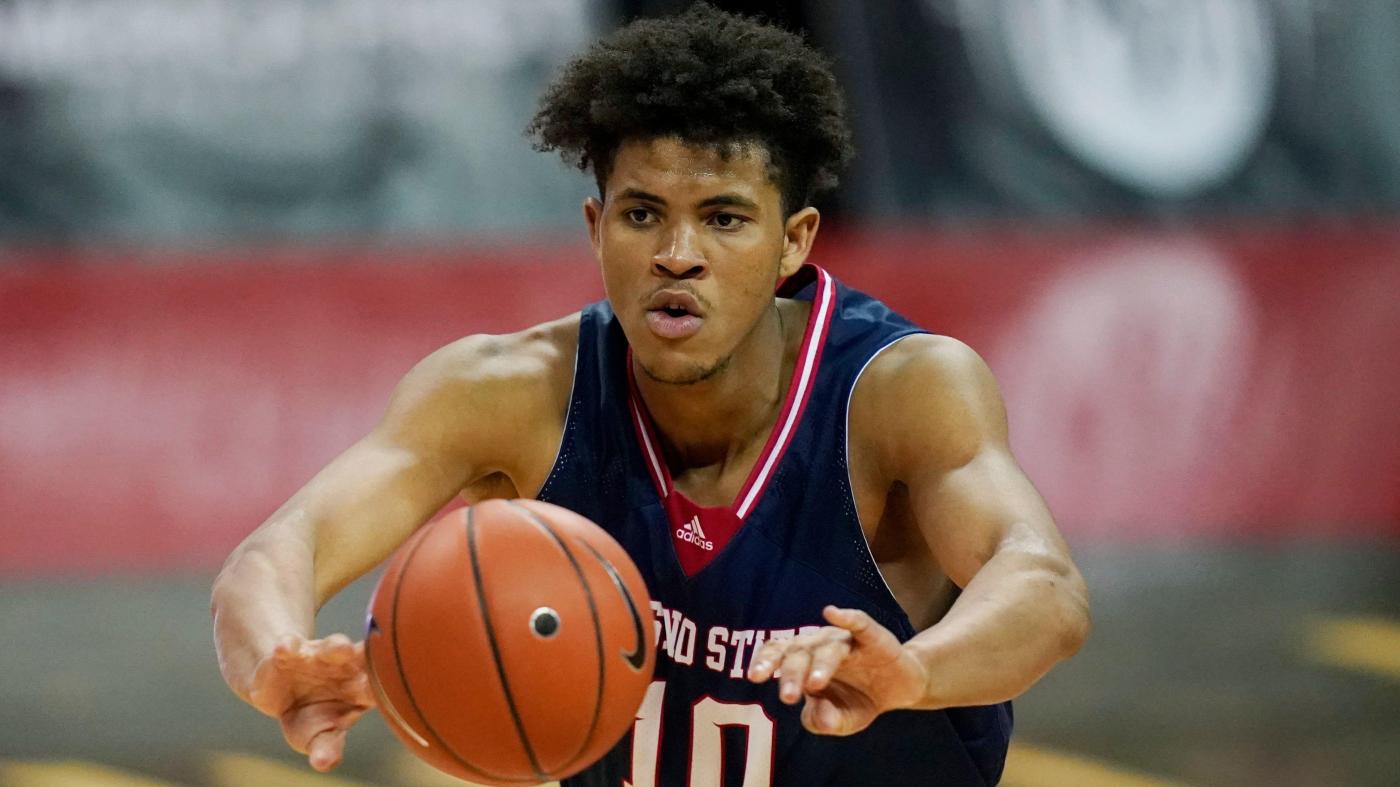 The Miami Heat’s summer roster quickly is becoming one highlighted by big men.

Robinson, a source confirmed to the Sun Sentinel, agreed to an Exhibit 10 contract, which also creates a path to the team’s training camp.

The first-team All-Mountain West selection is a deft offensive player who utilizes his skill and physicality to score at all three levels. Defensively, he moves well in space, able to guard multiple positions. He averaged 19.4 points, 8.4 rebounds, including 2.6 offensive rebounds, and 1.2 blocks this past season.

His versatility could prove particularly valuable in summer league with an ability to play alongside both returning center Omer Yurtseven and first-round pick Nikola Jovic, two of the other prime post prospects on the Heat summer-league roster.

The Heat open summer play next weekend in San Francisco at the California Classic, before moving on to the NBA Last Vegas Summer League,

Team’s are limited to 20 roster players in the offseason, a limit that does not include Exhibit 10 prospects or summer-tryout players.

The only players from the 20-player Heat roster committed to summer league are Robinson, Yurtseven, Jovic, Highsmith, Smart and Mulder.