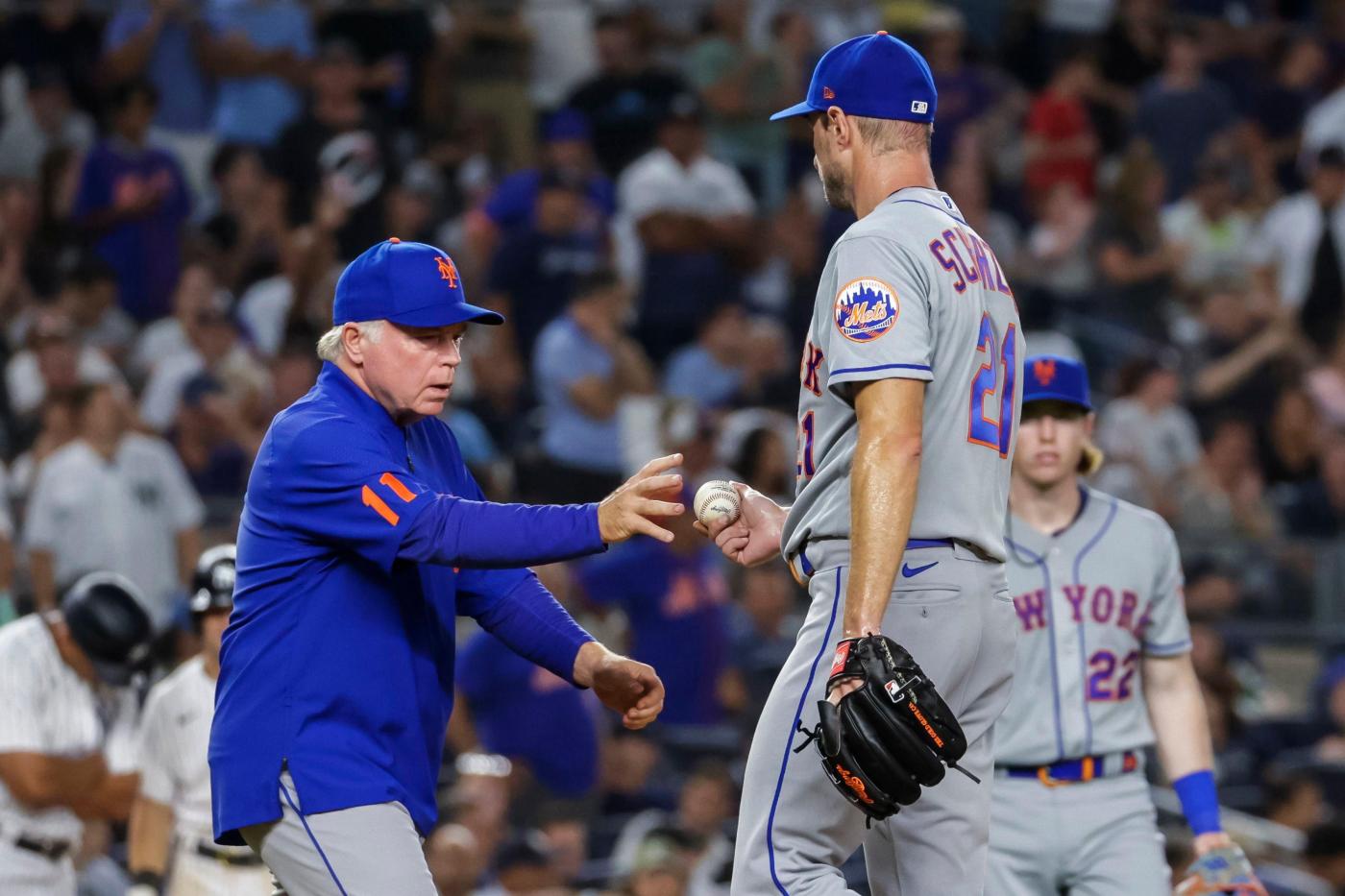 The fate of the Mets’ season relies on the outcome of the National League East. With the red-hot Atlanta Braves pulling just one game behind the Amazin’s, the possibility of playing a Wild Card series has become very real.

A Wild Card series would likely mean burning both Jacob deGrom and Max Scherzer before a Division Series matchup — should they advance — against the Dodgers.

The entire perception of the Mets’ dangerous postseason image is the prospect of having to beat deGrom or Scherzer twice in a series. Losing out on the NL East banner means losing out on part of the advantage of having two of the best pitchers in baseball with the new playoff format.

The way the postseason schedule is set up this season, there is no possibility of Scherzer or deGrom starting twice in the Division Series on regular rest if a Wild Card series is played. There is the option of starting one of them on short rest in a potential Game 5, however, given the injury history of both of the Mets’ aces, that is not an ideal scenario.

Even when you push aside the physical disadvantages of having to play in a Wild Card series, the success of wild card teams in October is bleak. Since 2012 — when the Wild Card game was implemented — just two teams have won the World Series coming out of that round, the 2014 San Francisco Giants and 2019 Washington Nationals.

If the Mets want to roll out into October the way they intended — deGrom and Scherzer lined up for the first two games of a short series — two things must change.

The Mets’ lineup has pushed across just 36 runs since Aug. 22, ranking 26th in baseball during that span. With the Braves surging (20-5 in their last 25 games), the Amazin’s bats must produce like the team that is sixth in MLB in total runs and not completely rely on starting pitchers to throw up zeros.

The other end of needing change: they cannot lose to teams like the Nationals — as they did this past weekend — because they will be playing a lot of them to end the season.

If the Mets don’t handle the Pirates, chances are they are looking up at the Braves by the time they head to Miami this weekend. Atlanta takes on the Athletics who are in the sewers of the AL West.

Three dates to circle on the Mets’ calendar are Sept. 30, Oct. 1 and Oct. 2. A three-game series in Atlanta which is the second to last series of the year. The result of that series may determine the Amazin’s chances at holding the commissioner’s trophy in November.