‘He’s been aggressive, he’s swinging it’ – The Mercury News 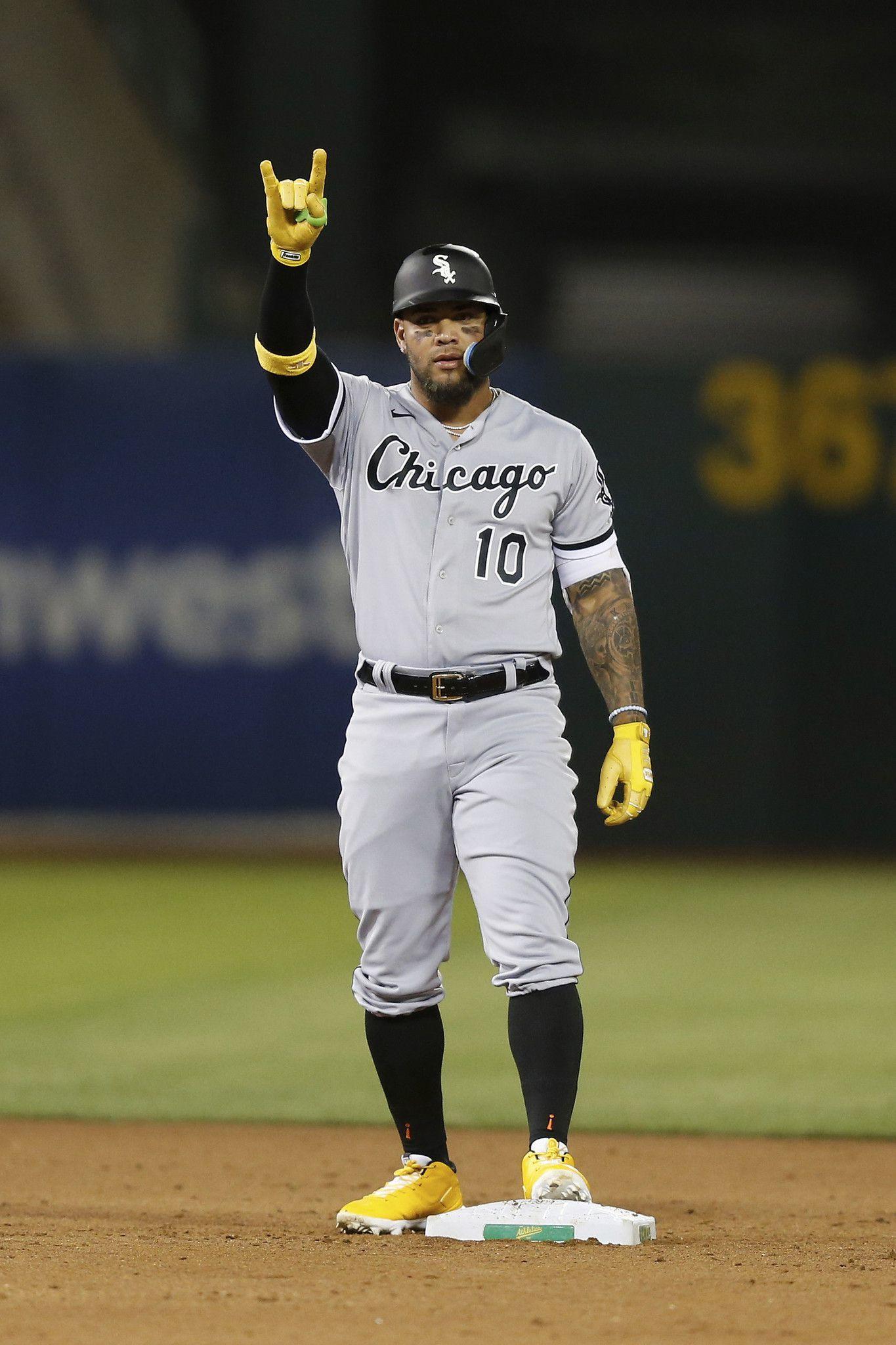 Elvis Andrus hit the second pitch of Thursday’s game against the Oakland Athletics over the left-field wall for a leadoff homer.

“It’s important when you go ahead early because that’s going to show you where to go,” Moncada said through an interpreter. “But at same time, you know that you have to keep going. You can’t get comfortable with an early lead. You have to keep trying to add runs.”

The Sox did that, and then some, with Moncada leading the way.

The third baseman tied a career-high with five hits, including two of the team’s five homers as the Sox clobbered the A’s 14-2 in front of 4,591 at Oakland Coliseum.

Moncada hit the solo homer in the first and a three-run homer in the second. He singled twice, doubled and had five RBIs.

“Just being aggressive with the pitches in the strike zone,” Moncada said of his approach.

Andrus drove in two, Eloy Jiménez hit a two-run homer and Romy Gonzalez had a three-run home run as the Sox opened the four-game series with an offensive outburst.

“It was nice to see those bats,” Sox acting manager Miguel Cairo said. “And you know, Moncada, Gonzo, everyone had good at bats. And it was nice to put a crooked number in there (Thursday).”

The 14 runs are the most the Sox ever have scored in 309 games at the Coliseum, according to the team. The five home runs matched the most by the Sox in a game at the ballpark (first accomplished on Sept. 27, 1981).

The Sox remained tied for second with the Minnesota Twins in the American League Central, 1½ games behind the Cleveland Guardians.

The Sox led 6-0 after two innings, which was plenty for Dylan Cease.

The Cy Young Award candidate allowed three hits in six scoreless innings in his first start since coming within one out of a no-hitter Saturday against the Twins.

Cease struck out nine and walked two to improve to 14-6. His third strikeout, Cristian Pache to end the second, was Cease’s 200th of the season.

“(Thursday) was good,” Cease said. “I wasted some pitches in the middle innings but other than that I was pretty solid, attacking all night and (catcher) Seby (Zavala) called a great game. The defensively played great and the offense showed up, so all around good one.”

The Sox scored 13 runs — four in the first — in support of Cease’s one-hitter against the Twins.

The offense got going early again Thursday with the back-to-back homers by Andrus and Moncada.

Andrus drove in Gonzalez with a single in the second. Moncada followed with the three-run homer, making it 6-0.

“He’s kind of set a tone for the whole lineup,” Cairo said of Andrus.

Cairo said of Moncada, “He’s been aggressive, he’s swinging it and that’s what we’re looking for and I’m glad that it’s happening right now when it matters.”

Moncada singled and scored on Jiménez’s two-run homer in the fourth.

Gonzalez, who had four of the team’s 21 hits, doubled and scored on a single by Adam Engel in the fifth. Moncada added the RBI double later in the inning. Gonzalez hit his three-run homer during the four-run sixth.

“He’s been getting good at-bats since he’s been playing and I told him he’s going to be playing,” Cairo said. “I told him to have fun, go out there and just do the job and don’t worry about anything.”

Moncada’s fifth hit, a single, came in the inning. He previously had five hits June 15 in Detroit.

The Sox scored 13 runs in that game, one of three times they’ve accomplished the feat this season. They set a season high Thursday with the 14 runs while winning for the seventh time in nine games.

“It’s fun when you see everybody contributing and adding to the team,” Moncada said. “This final stretch, coming in, everybody is trying their best, everybody’s having fun, everybody’s relaxed and with the results coming to our favor, that helps, too.”