High Doses of Vitamin B6 Can Help Reduce Depression and Anxiety

A study has shown that high-dosage Vitamin B6 supplements can help in reducing feelings of depression and anxiety.

The effect of high Vitamin B6 doses was measured on young individuals and it was reported that they felt less depressed and anxious after taking the supplements daily for a month.

The study provides significant proof to support the use of supplements considered to modify activity levels in the brain for the prevention or treatment of mood disorders.

According to the researchers, brain functioning is reliant on a delicate balance between excitatory neurons transporting information around and inhibitory neurons preventing errant activity. Mood disorders have been associated with some other neuropsychiatric disorders with a disruption of this balance which are sometimes linked to increased brain activity levels.

Vitamin B6 assists the body in producing a certain chemical messenger which inhibits brain impulses, and the study connected this calming effect with anxiety reduction in the individuals participating in the study.

Although prior studies have produced evidence that multivitamins can help reduce stress levels, little research has been conducted into which specific vitamins contained within them provide this effect.

The potential role of Vitamin B6 known to increase GABA production, a chemical that stops impulses between the brain’s nerve cells, was focused on for this study.

Over 300 individuals were randomly given either Vitamin B6 or B12 supplements about 50 times the RDA or a placebo daily with food for a month.

The results revealed that Vitamin B12 did not have much effect in comparison to placebo over the study period, but Vitamin B6 had a statistically significant effect.

Increased GABA levels in individuals who had been given Vitamin B6 were confirmed by visual tests conducted at the end of the study, supporting the theory that B6 was the reason for the anxiety reduction. Small but harmless visual performance changes were detected, in line with controlled brain activity levels.

According to the researchers, many foods such as chickpeas, tuna, and various vegetables and fruit contain Vitamin B6. The high dosages made use of in this study however indicate that supplements would be needed to produce a positive mood-enhancing effect.

It’s important to realize that the Vitamin B6’s effect on anxiety was quite small in comparison to what is produced from medication. Nutrition-based interventions however result in far less undesirable side effects compared to drugs, and so many individuals may prefer to use them. 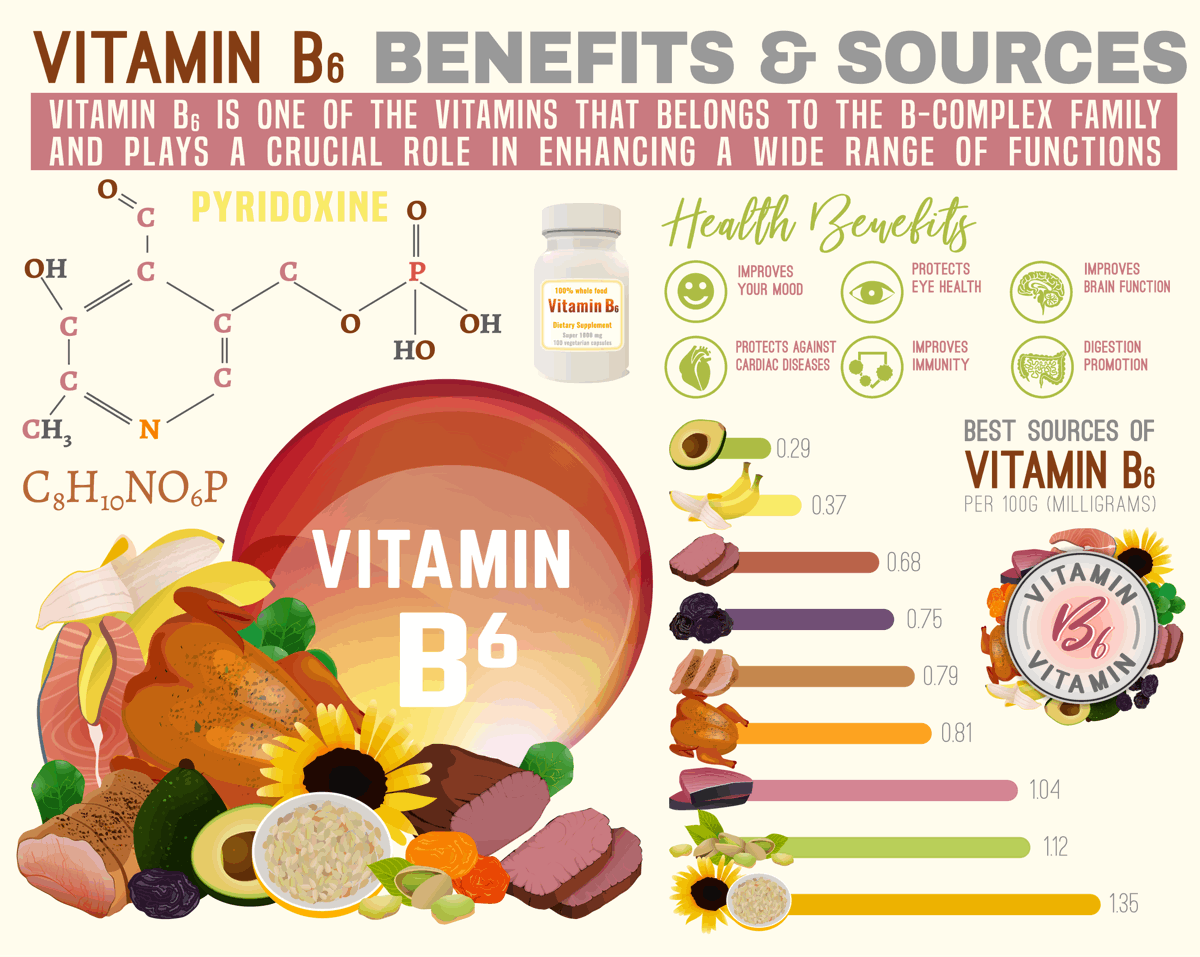