Foreign nations’ nuclear secrets were found by the FBI agents that raided Donald Trump’s home at the Mar-a-Lago country club in August.

The documents recovered required such a high level of clearance, FBI agents and even senior members of President Joe Biden’s administration were not allowed to view them, according to a new bombshell report from the Washington Post.

The Post report goes on to say that the documents were so sensitive, only a few dozen national security officials knew of their existence.

For his part, ex-President Donald Trump has maintained that the FBI raid was nothing more than a hoax, that the documents were due for placement at his presidential  and has even suggested on his Truth Social platform that law-enforcement agents planted evidence during the search.

The documents, according to the Post, described different nation’s ability to attack with nuclear weapons and their ability defend against similar attacks. The country’s in question are not mentioned in the report.

Trump has also stated that he declassified all of the documents that he took with him to Mar-a-Lago. 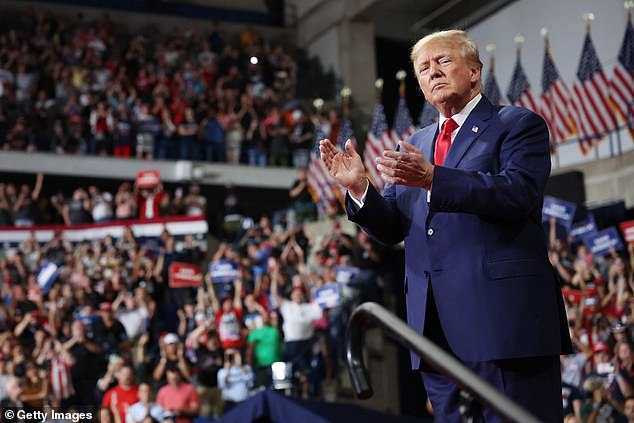 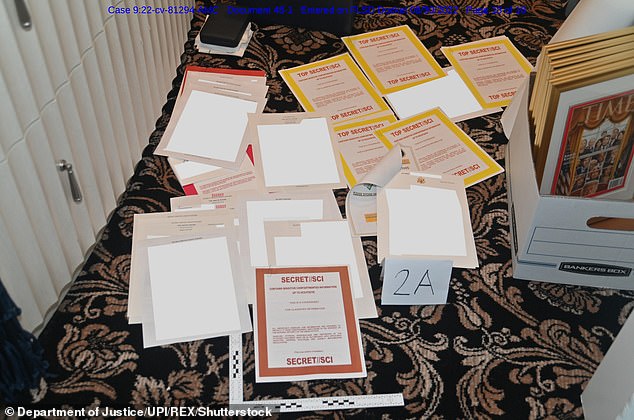 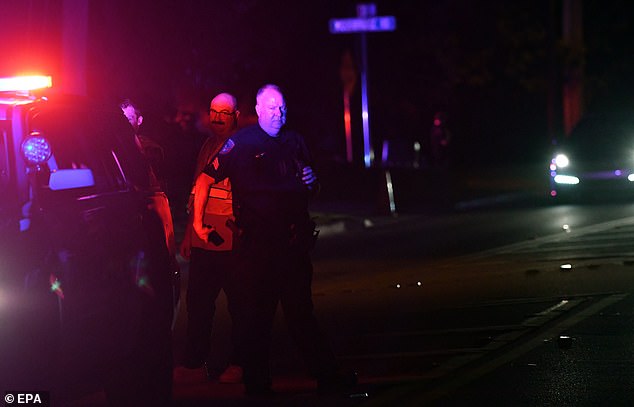 The Post report goes on to say that the documents were so sensitive, only a few dozen national security officials knew of their existence

The Post report cites sources close to the investigation. One source says that the documents go beyond top-level clearance but require special need-to-know clearances.

Such documents are commonly stored in secure facilities and are guarded by a ‘designated control officer.’

It’s not clear how well guarded the documents were at Trump’s country club nor is it known where exactly in Mar-a-Lago these specific documents were found.

According to the Feds, documents were found in the former Apprentice host’s office, his personal residence on the grounds and in a storage closet.

The Post went on to report that agents who retrieved the documents ‘grew alarmed’ as they pored through the docs  and realized that they themselves should not be reading them.

In August, the Washington Post reported that those leading the FBI’s investigation were in search of documents relating to nuclear weapons.

The potential for Trump to have retained nuclear data was mentioned in a grand jury subpoena in May that mentioned ‘S/FRD’ documents. That classification stands for ‘Formerly Restricted Data,’ 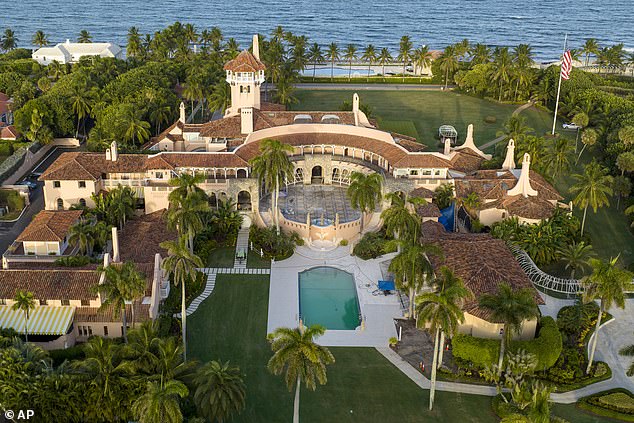 In August it was reported that a ‘filter team’ of FBI agents poring over 15 boxes of material seized from Mar-a-Lago has already completed its review of material that may involve attorney client privilege, and told a judge they would provide a more fulsome review of the material they removed.

That material, however, will remain under seal, following a federal district judge’s ‘preliminary intent’ to grant former President Donald Trump’s request for a ‘special master’ to go through the documents.

In a Truth Social post on August 14, Trump insisted the FBI had no right to seize documents with privileged information and demanded their return.

‘Oh great! It has just been learned that the FBI, in its now famous raid of Mar-a-Lago, took boxes of privileged “attorney-client” material, and also “executive” privileged material, which they knowingly should not have taken,’ he wrote.

‘By copy of this TRUTH, I respectfully request that these documents be immediately returned to the location from which they were taken. Thank you!’

Trump’s former Attorney General Bill Barr blasted the decision to grant a special master and said the decision would likely be overturned if the government appealed.

‘The opinion, I think was wrong, and I think the government should appeal,’ he told Fox News.

‘It is deeply flawed in a number of ways.’

In any case, he said, such was the weight of evidence, ‘I don’t see it fundamentally changing the trajectory.’

It comes after he last week said Trump had ‘jerked around’ investigators and had no legitimate reason to keep government documents at his Florida home.