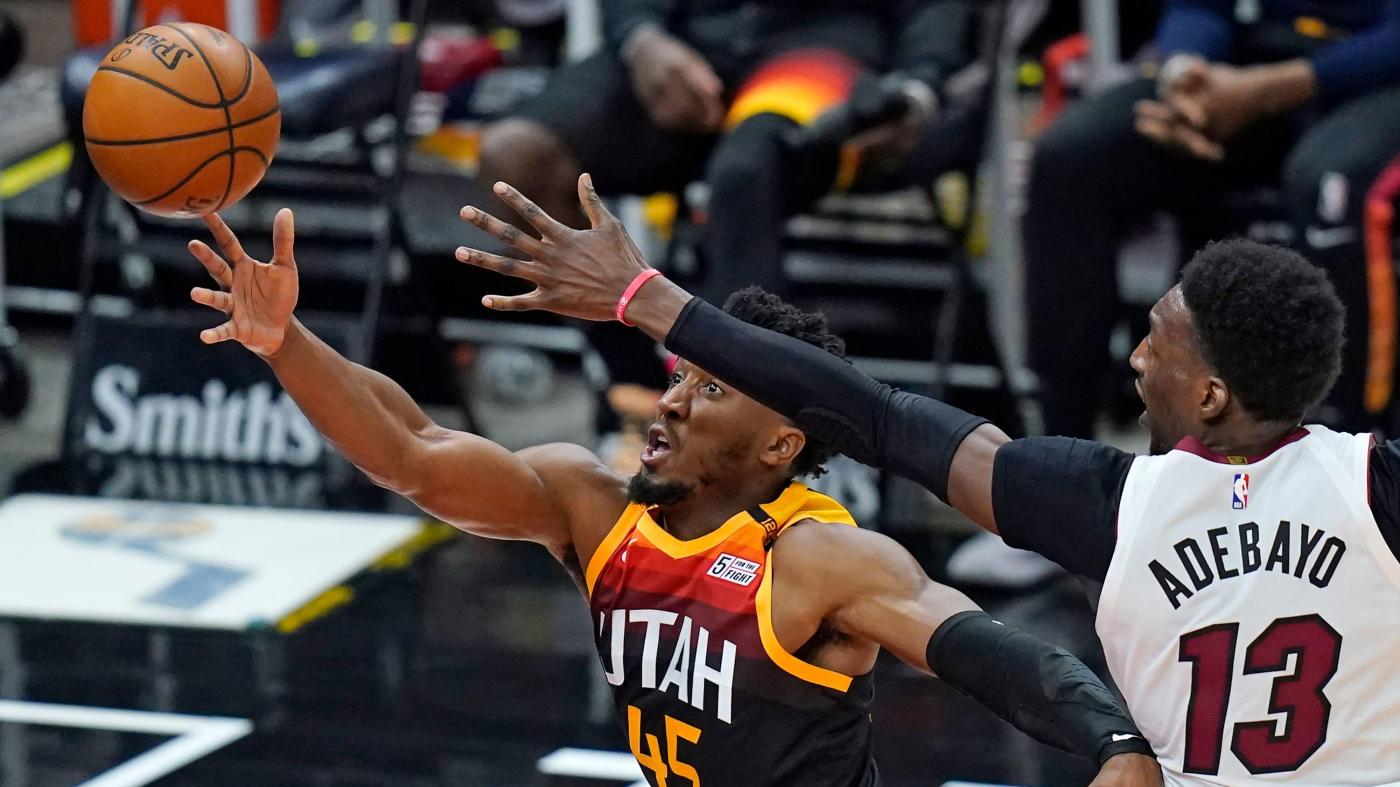 This is what the Miami Heat attempted to pre-empt in July, when the franchise that rarely, even surreptitiously, alludes to personnel deliberations did just that.

“We have enough,” an Erik Spoelstra favorite, basically was the word from on high, issued behind the scenes to those charged with pontificating on the team’s direction.

While not exactly those three words, the front office took the rare step of stressing they were comfortable heading into training camp with a roster that lost power forward P.J. Tucker early in free agency, would lose forward Markieff Morris late in free agency, gained forward Nikola Jovic in the NBA draft, and otherwise stood pat with 13 returning players from a team that closed within one game of the NBA Finals.

Riley refused to sell his soul to Danny Ainge with the type of package the Cleveland Cavaliers paid the Utah Jazz for Mitchell.

So here stand the Heat again, at the intersection of another one perceived to have gotten away, similar to the perception of the Gordon Hayward chase, the visions of Giannis Antetokounmpo, the previous pursuit of Durant or even an earlier one for LaMarcus Aldridge.

Now, if the Heat truly believe they have enough, then an extension should be in the works for Tyler Herro, since an extension prior to this post-Mitchell moment would have meant an inability to include Herro in a trade until next offseason.

And, yet, if there truly isn’t crazy stupid love with this roster, it also would behoove the Heat front office to wait on a Herro extension until at least that Oct. 16 deadline, if not beyond. Because deals as big as the one Cleveland made for Mitchell also can happen anytime before the February NBA trading deadline.

By contrast, if Herro was deemed too valuable to be packaged along with other assets this summer, then that commitment could, in short order, be shown with a nine-figure contract commitment.

There are differences here.

With a Durant, you go all in. That, even at 33, is a generational talent.

But Mitchell? Yes, undersized shot creators are essential. But they also are like quality NFL running backs. Invariably, there will be another one to chase.

For the Heat, the question is whether there is time to chase, with Kyle Lowry having turned 36 in March and with Jimmy Butler to turn 33 in two weeks.

The East has not been this deep in years. Now there not only is the quartet of the Heat, Philadelphia 76ers, Milwaukee Bucks and Boston Celtics that all finished within two games at the top of the East last season, there is a seemingly committed Durant in Brooklyn and a Cleveland lineup that includes Mitchell, Darius Garland, Jarrett Allen and Evan Mobley.

Just to avoid the play-in round with a top-six seed will be a challenge, because the Toronto Raptors also figure to have a say.

But the Heat also were not in the same position as the New York Knicks, desperate to finally close a deal, to bring Mitchell back home to New York. The Knicks always had more to offer than the Heat, with the Cavaliers then trumping the Knicks’ offer.

Because unprotected Knicks picks can get you to the top of the lottery, just as unprotected Cavaliers picks have over the non-LeBron years. Unprotected Heat picks? Enjoy drafting in the middle of the first round even during the occasional off season for Riley’s creations.

Should the Heat have offered more than Cleveland? More to the point, could they have?

Colin Sexton going from Cleveland to Utah could be viewed as the equivalent of Herro being moved (albeit with Herro with the far stronger resume, but also larger eventual price tag). Lauri Markkanen from the Cavaliers to Jazz could be viewed as similar cap filler as Duncan Robinson (albeit with a shorter remaining contract). And Ochai Agbaji from Cleveland to Utah would align with, say, Jovic (or, say, Max Strus) going out from the Heat.

That is what a team desperate to be relevant does.

The Heat already are relevant when it comes to contention. Let’s not forget about the presence of Bam Adebayo, Butler, Lowry, Herro and a healthy/motivated Victor Oladipo.

They also are relevant when it comes to being linked to trade speculation.

So, yes, perhaps swings and misses for Durant and Mitchell. But also a willingness to continue to swing for the fences.