Horses from Assateague Island herd flee on bridge to mainland 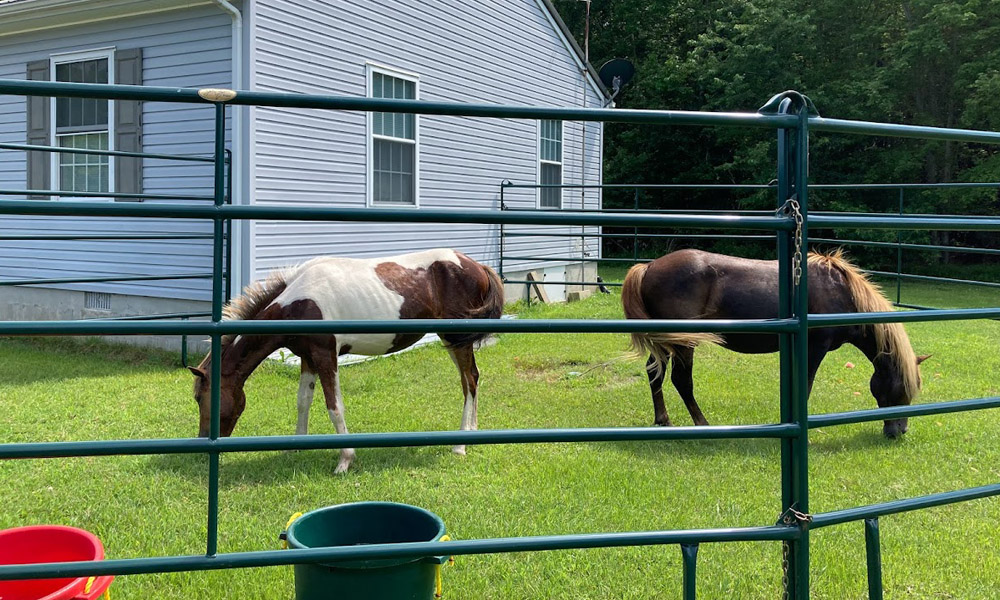 Two wild horses from the famous Assateague Island herd became crowded by tourists and fled across a highway bridge to the mainland on Wednesday, the National Park Service said.

The horses were safely corraled after crossing the mile-long bridge, and they were returned to the island. No horses or people were injured in the incident, the park service’s press release said.

A witness told park staff that the horses became agitated when visitors and vehicles at the end of the causeway blocked their retreat toward the rest of the herd. The animals got on the Verrazano Bridge, which carries two-lane Highway 611 from the barrier island to the Maryland part of the Delmarva Peninsula.

The park service called the incident “concerning” and reiterated that visitors must stay at least 40 feet from the wild horses and cannot stop on the causeway. The announcement said it is very rare for horses to take the bridge to the mainland; the last known incident was “decades ago.”

The free-roaming herd — currently 78 horses — is a prime tourist attraction at the Assateague Island National Seashore, which extends south from Ocean City, Maryland. They are technically feral rather than wild, believed to be descended from the animals of colonial settlers.

Another herd on the Virginia end of the island is rounded up every July and swum across the channel to Chincoteague Island, where the foals are auctioned off — a tradition made famous in the 1947 children’s book “Misty of Chincoteague.”

The Assateague horses are given names by winners of contests and fundraising auctions. The two who went over the bridge Wednesday are Adrianna’s Happy Camper and Starlight.