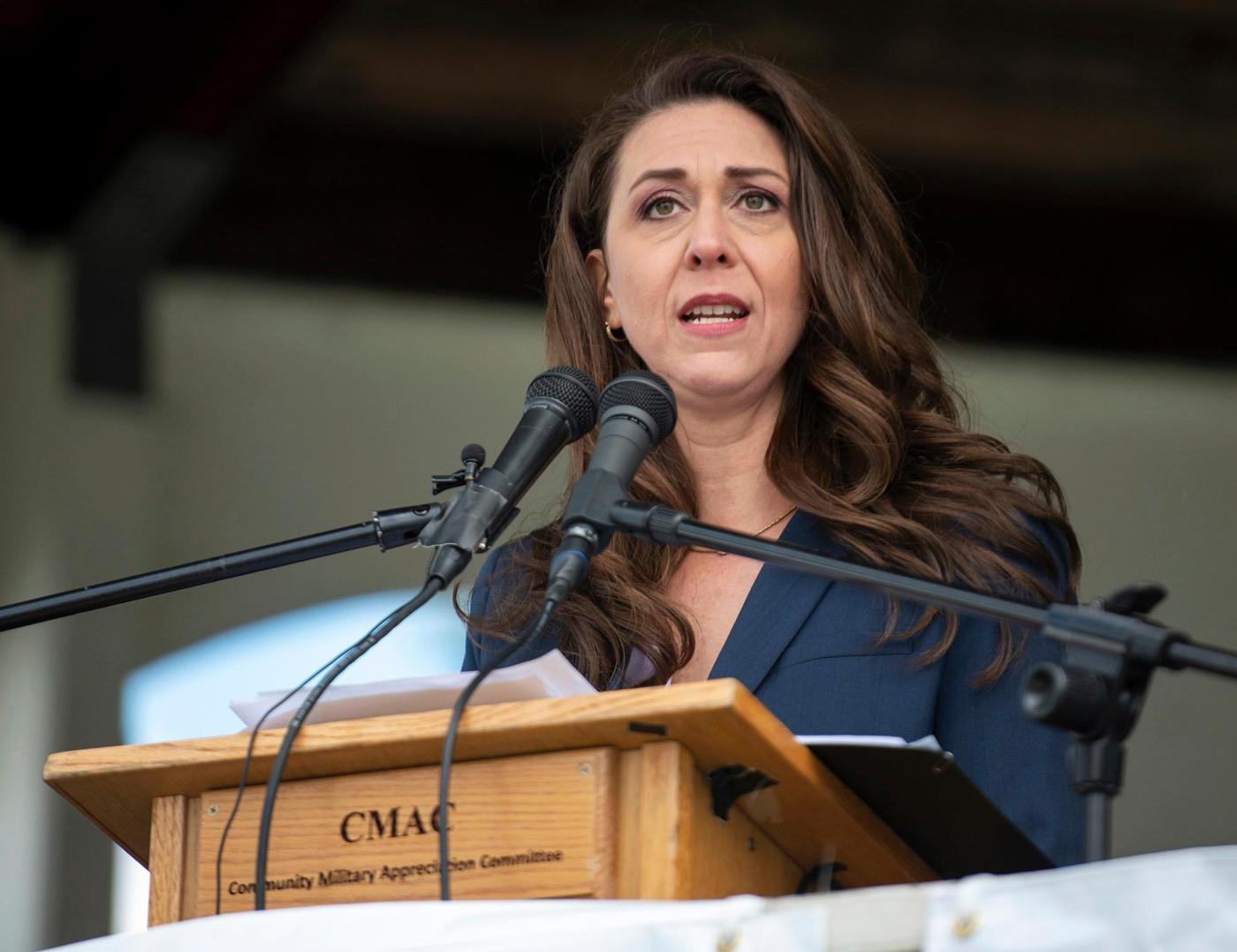 NEW YORK (AP) — Three Republican U.S. House members who voted to impeach Donald Trump over the Jan. 6 insurrection are fighting to hang on to their seats.

The primaries for Reps. Peter Meijer, Jaime Herrera Beutler and Dan Newhouse were too early to call on Wednesday morning. They are the biggest test yet for GOP incumbents who broke with Trump after a mob of his supporters stormed the U.S. Capitol in a bid to keep him in power. Trump has vowed revenge against the 10 House Republicans who crossed party lines for the impeachment vote, and he endorsed GOP challengers to them in the midterm elections.

In other races, Rep. Haley Stevens ousted Rep. Andy Levin from Congress after prevailing in their Democratic primary in Michigan. Democratic Missouri Rep. Cori Bush and Michigan Rep. Rashida Tlaib, both members of progressive “Squad” in Congress, sailed through their primary elections, and in Arizona, a leading figure in the QAnon conspiracy movement was badly trailing in his Republican primary.

Some of the top elections:

Meijer, a Michigan lawmaker who voted for impeachment just days after he was sworn into office for his first term, was trailing his Trump-backed opponent John Gibbs, a businessman and missionary who served in the Trump administration under Housing Secretary Ben Carson.

Gibbs has contended Meijer is not a true Republican because he voted to impeach Trump, and has chastised Meijer for supporting bipartisan gun control legislation that President Joe Biden signed into law in June.

The winner will face Democrat Hillary Scholten in November in the state’s Democratic-leaning 3rd Congressional District.

In Washington state, Herrera Beutler and Newhouse have an advantage over Meijer because their primaries are nonpartisan, and the top two vote-getters, regardless of political party, will move on to the general election in November. Each faces crowded fields with multiple Republican candidates, increasing the likelihood that their opponents will split the vote amongst themselves.

Herrera Beutler, who has been in Congress since 2011, was in second place Wednesday morning in early returns in the 3rd Congressional District, trailing Democrat Marie Perez but slightly ahead of fellow Republican Joe Kent. Kent, a former Green Beret whose wife was killed by a suicide bomber in 2019 in Syria, has been endorsed by Trump. He has heavily promoted the former president’s lies that the 2020 election was stolen.

Newhouse had a narrow lead over Democrat Doug White in the 4th Congressional District, which Newhouse has represented since 2015. Republican Loren Culp, a former small-town police chief endorsed by Trump, was in third place in early returns.

Of the 10 House Republicans who voted for impeachment, four opted not to run for reelection in this year’s midterm elections. As for the ones who did, Rep. Tom Rice of South Carolina lost to a Trump-endorsed challenger in June, while Rep. David Valadao of California survived a primary challenge. Rep. Liz Cheney of Wyoming is bracing for defeat i n her Aug. 16 primary against a Trump-backed rival.

Ron Watkins, one of the most prominent figures in the QAnon conspiracy movement, will not be heading to Congress this year.

Watkins was in dead last in early returns in his Republican primary for Arizona’s sprawling 2nd Congressional District. He served as the longtime administrator of online message boards that helped seed the conspiracy movement whose adherents believe a group of satanic, cannibalistic child molesters secretly runs the globe.

Watkins no longer runs the message boards and has denied fueling the QAnon movement. He said he was running for Congress because he hopes to “fix the machine from the inside.”

He was considered a long shot in the crowded GOP field, having been outpaced in campaign fundraising by the other candidates.

State Rep. Walter Blackman and Eli Crane, a former Navy SEAL who owns a bottle opener business and was endorsed by Trump, were at the top of the field Tuesday night. The winner will take on Democratic U.S. Rep. Tom O′Halleran in November in a district that favors Republicans.

FROM COLLEAGUES TO COMPETITORS

Stevens’ victory over Levin came in a newly drawn 11th Congressional District in suburban Detroit that favors Democrats, which means Stevens will likely win the seat in November’s general election.

Stevens got a financial boost from the United Democracy Project, a super PAC launched by the American Israel Public Affairs Committee, commonly called AIPAC. Levin, a progressive member of the House Foreign Affairs Committee, has been highly critical of Israel’s record on human rights.

The congresswoman flipped a district in 2018 that was long held by Republicans. Before running for office, she led the auto bailout under President Barack Obama.

Levin also won his first term in 2018, taking over the seat long held by his father, Rep. Sander “Sandy” Levin. He had been endorsed by Sens. Bernie Sanders and Elizabeth Warren.

In Michigan, Tlaib defeated three Democratic challengers as she seeks a third term in office this year. Because of redistricting, she’s running in a newly drawn Detroit-area district that favors Democrats, so she is expected to easily carry the 12th Congressional District seat in November. Tlaib’s main competition was longtime Detroit City Clerk Janice Winfrey, who had strong name recognition in the city.

Bush’s win in Missouri came as she makes her first reelection campaign in the state’s 1st Congressional District. She defeated state Sen. Steve Roberts, who hedged his campaign on the idea that Bush, a vocal advocate for defunding the police and moving money to social services and mental health programs, was too liberal even for heavily Democratic St. Louis.

Bush touted her accomplishments, including persuading the Environmental Protection Agency to clean up radioactive waste near a St. Louis County creek, pushing for climate change action and standing against evictions during the COVID-19 pandemic.

Daniel Hernandez Jr., the hero intern credited with saving Rep. Gabrielle Giffords’ life after an attempted assassination in 2011, is running for her former seat in Congress, but he was losing his Democratic primary by a wide margin.

Hernandez was a 20-year-old college student in his first week interning for Giffords when he went to her “Congress on your corner” constituent event. A gunman there opened fire, killing six and injuring 13. Hernandez kept the Democratic congresswoman conscious and applied pressure to her head wound until paramedics arrived.