How Evan Longoria helped team morale with a HR derby 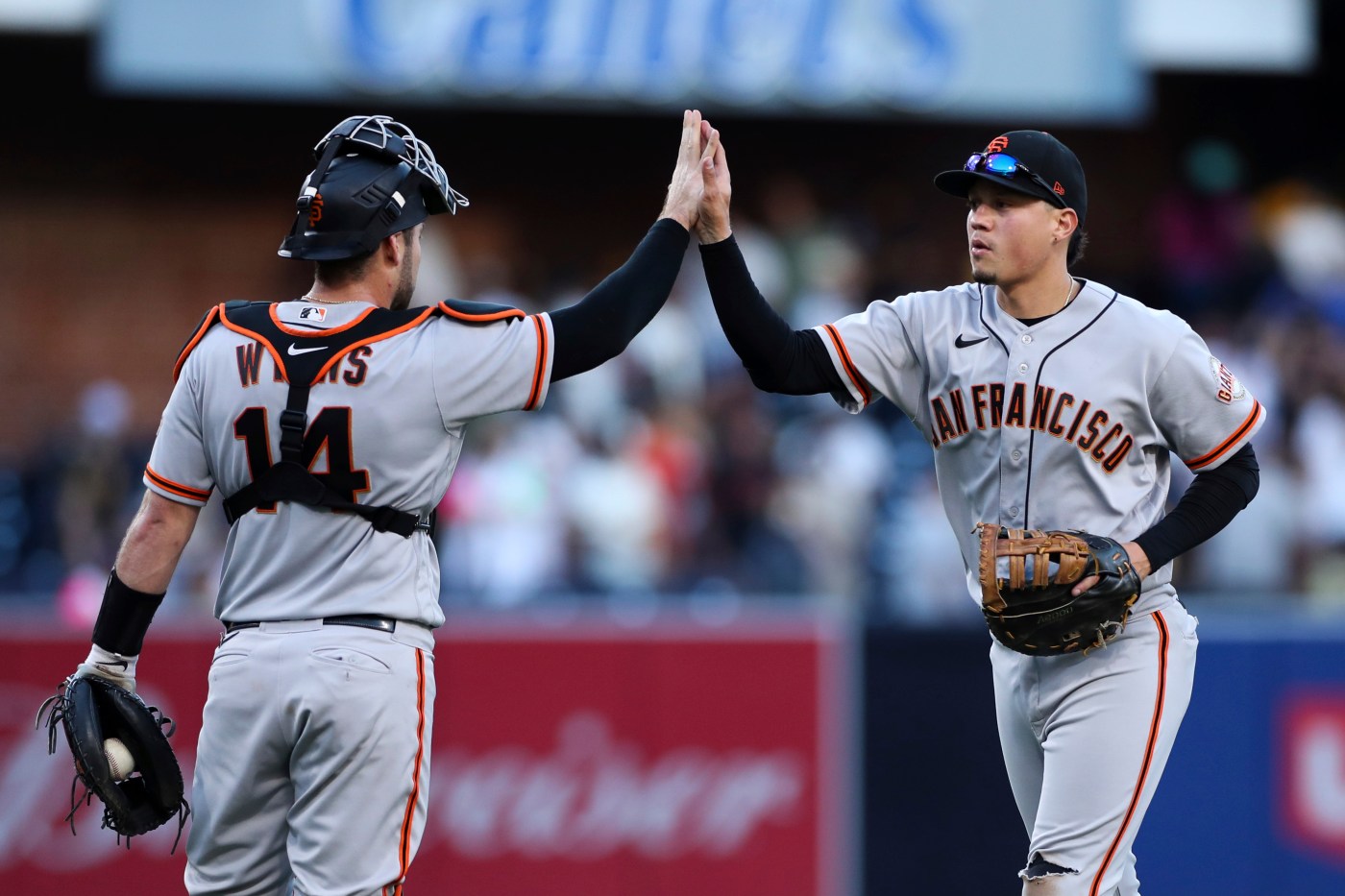 SAN DIEGO — Sometime before first pitch here Saturday afternoon, there was a commotion behind the batting cage. Giants players, coaches, everyone. Roars. They were into it. It was a rare sight to see any Giants players taking batting practice on the field, let alone almost the entire hitters’ group at once.

This was, in the words of champion Austin Slater, “the First Annual Evan Longoria Home Run Derby for the Cure.”

“It supports a great cause,” Slater said with a sly smile. “… being Giants morale.”

It’s no secret the the club has been flailing of late, losers of 12 of their past 15 entering Saturday. The vibes, in short, have not been immaculate.

Longoria has felt especially helpless since he landed on the injured list earlier this week. Normally he would fly home ahead of the team, but with family on this trip, Longoria stuck around. The free time allowed him to think of a creative way to contribute without being able to play the field.

“The goal was just to do something light hearted and have a little bit of fun and have some smiles,” Longoria said. “There’s not a whole lot of guys who consistently hit BP on the field anyway, so it seemed like a good way to get everybody out on the field and just have some fun. … It seemed to have done everything that I hoped it would accomplish.”

Crawford, who joked that he was “added against my will,” launched three moonshots to right field in the first round. Bart unleashed a tank off the top level of the Western Metal Supply Co. building in left field. Ruf and Slater also hit three apiece, while Wynns actually hit four — but Slater’s came when it counted.

Each round was weighted: five swings and one point for each homer in the first round; three swings and two points apiece in the second round; and one, final round with one swing — worth five points for a home run.

Carlos Rodón, who went on to throw the Giants’ first complete game of the season to will them to a 3-1 win later that day, told Slater beforehand that he was picking him. The two locker next to each other here. Good choice.

“Dark horse,” Slater joked. “It was a good time. It kind of loosened guys up.”

Wynns came up a few feet short on his final swing, securing his spot as runner up. Crawford and Ruf tied for third.

“Hey, another Austin won,” Wynns said. “I was the underdog. … We’ll get him next time.”

Crawford joked that the competition was “rigged.” All of the coaches picked their winners, too. Quality assurance coach Nick Ortiz was Crawford’s batting practice pitcher, but he had Slater winning it.

It was fitting, then, that the Giants won — for only the second time in their past 10 games — on the strength of a home run. Of course, it came from Wilmer Flores, who didn’t participate.

“I saved it for the game,” Flores said.

All that to say, this team was badly in need of an infusion of positive energy. Their manager has preached about their ability to stay even, but you could hear a pin drop in the clubhouse on most days during this stretch — a far cry from the “Club Giants” that erupts after each win.

Other veterans have attempted to right the ship. Brandon Belt delivered an impassioned message at the hitters’ meeting before their first game against the D-backs. Mike Yastrzemski and Austin Slater have spoken up, too. But this was different.

“When we’re talking in the meetings and a group setting, it’s a little bit more stern,” Longoria said. “It’s more like, we’re a better team than this. You guys are better players than this. We’ve got to be better. Whereas the home run derby was just a way of getting away from the pressures of the game.”

Manager Gabe Kapler, who watched from the behind the cage, appreciated the initiative.

“When guys are laughing, something good is happening,” Kapler said. “I think our players and staff really enjoyed it.”