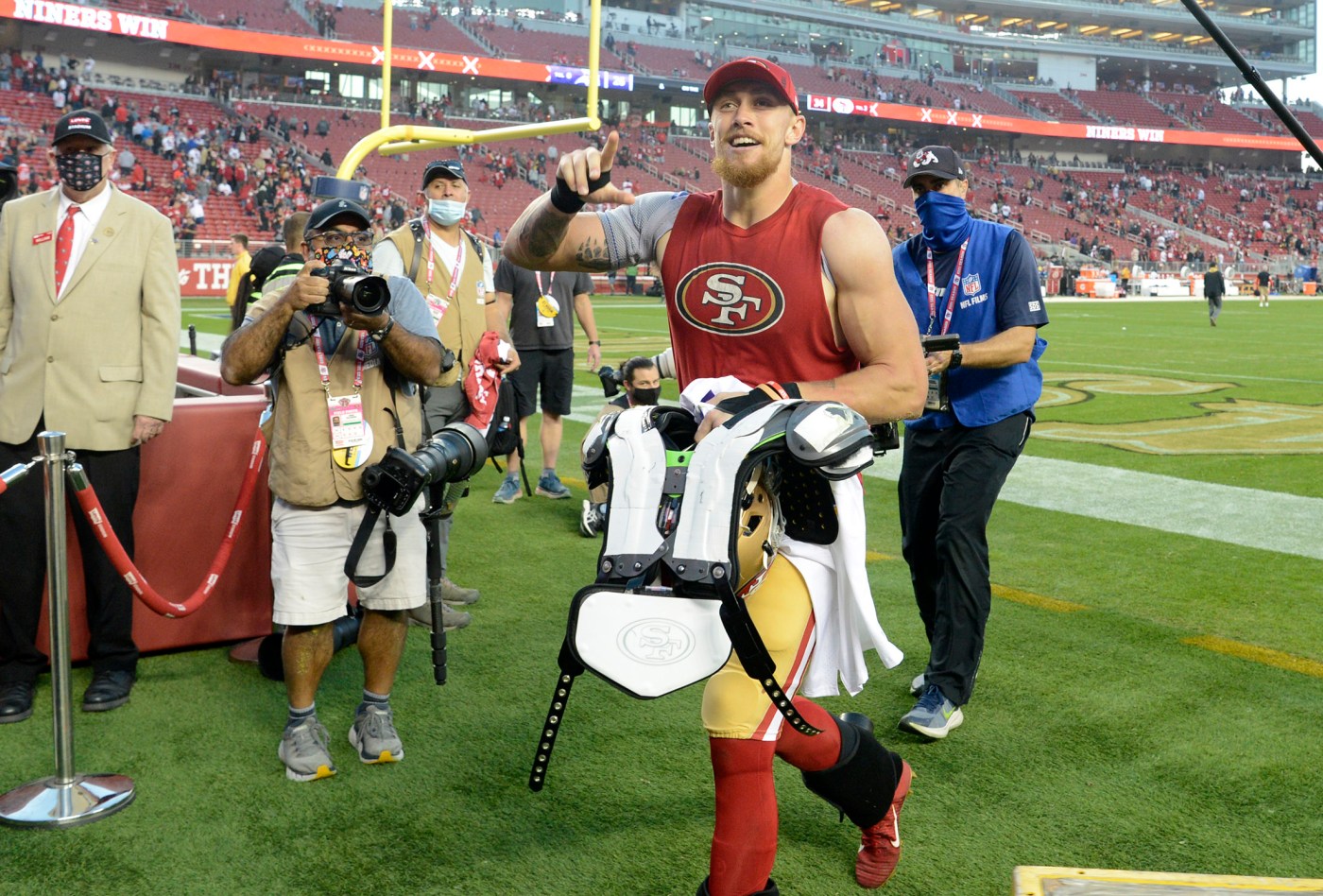 SANTA CLARA — Tight end George Kittle surfaced on the 49ers’ injury report before their first game, and whether or not his groin issue is indeed just a day-to-day nuisance, panic is not engulfing the team.

Sure, Kittle may be the NFL’s best all-around tight end when healthy. Recent seasons proved that staying healthy is a challenge.

That’s why it’s looking shrewd now that they carried four tight ends onto the roster ahead of Sunday’s season opener at Chicago.

Charlie Woerner and Ross Dwelley, as in recent seasons, are ready to roll in place of Kittle. So, too, is seventh-year journeyman Tyler Kroft.

Whereas Woerner is a blocking specialist and Dwelley works best as a receiver, Kroft is an intriguing blend, and he has an admirer in coach Kyle Shanahan.

“We’ve been a fan of Kroft his whole career. I was a real big fan of him coming out of college,” Shanahan said. “He’s done well everywhere he’s been. He had some injury trouble last year and the last couple years. He’s struggled to stay out there, and that’s one of the reasons we were able to get him.”

Kroft hasn’t played more than 11 games in any of the past four seasons, including a nine-game stint last season with the New York Jets (16 catches, 173 yards, one touchdowns).

Kroft, a 2015 third-round pick out of Rutgers by the Bengals, signed a one-year with the 49ers on May 23. He had played four seasons with the Bengals, two with the Bills, and last year with the Jets under former 49ers offensive coordinator Mike LaFleur.

“Kroft, he’s an NFL tight end. We feel very fortunate to have him here,” Shanahan said. “That was one of the hard decisions, whether to go heavy at tight end or running back. You never know what’s going to happen until after someone gets hurt.”

The 49ers cut Kroft as they whittled their roster to the 53-man limit Tuesday, but they re-signed him the next day, as they did with defensive end Jordan Willis. They also claimed offensive lineman Blake Hance that day, so corresponding roster involved Ward (injured reserve), running back Trey Sermon (waived), and linebacker Curtis Robinson (injured reserve).

Injuries have impacted Kittle’s availability the past few seasons, and although he missed just three games last season with a calf injury, he was out eight games in 2020 (knee sprain, foot fracture) and two in 2019 (knee/ankle).

Kittle, according to Shanahan, got hurt during Monday’s one-hour practice and is day-to-day.