How Steph Curry and family did at Tahoe celebrity golf event 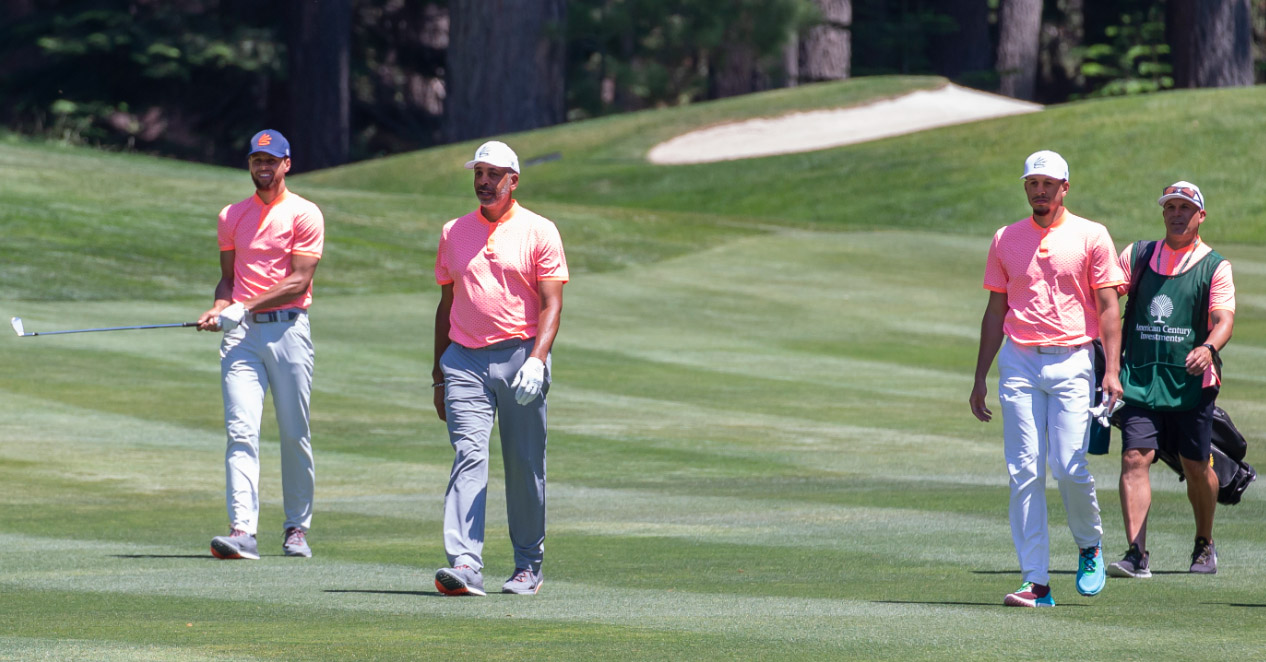 STATELINE, Nev. (AP) — Stephen Curry’s weekend outing at golf’s American Century Championship was far from his best: He finished in a tie for 16th.

It was his 10th appearance at the Lake Tahoe celebrity golf event; he had previously finished as high as fourth.

The win, for the third time, went to Tony Romo, who beat Mark Mulder and Joe Pavelski with a 5-foot birdie putt on the second hole of a playoff Sunday. Annika Sorenstam and Adam Thielen tied for fourth.

It was the first time in its history that the tournament had a three-way tie at the end of 54 holes. The event uses a modified Stableford scoring system, which awards points on each hole according to how the player does against their own handicap.

Curry, 34, shot a 3-over-par 75 in Sunday’s third round, with two birdies and five bogeys, after a 77 Friday and an 81 Saturday. He finished the event tied with former Braves pitcher John Smoltz, 55.

Dell Curry was right behind his son, in a tie for 18th. The third member of their party, Seth Curry, was far back, at 67th.

Some other notable names: