How White Sox and Cubs players performed in the All-Star Game, including Tim Anderson’s part in a flashy double play – The Mercury News 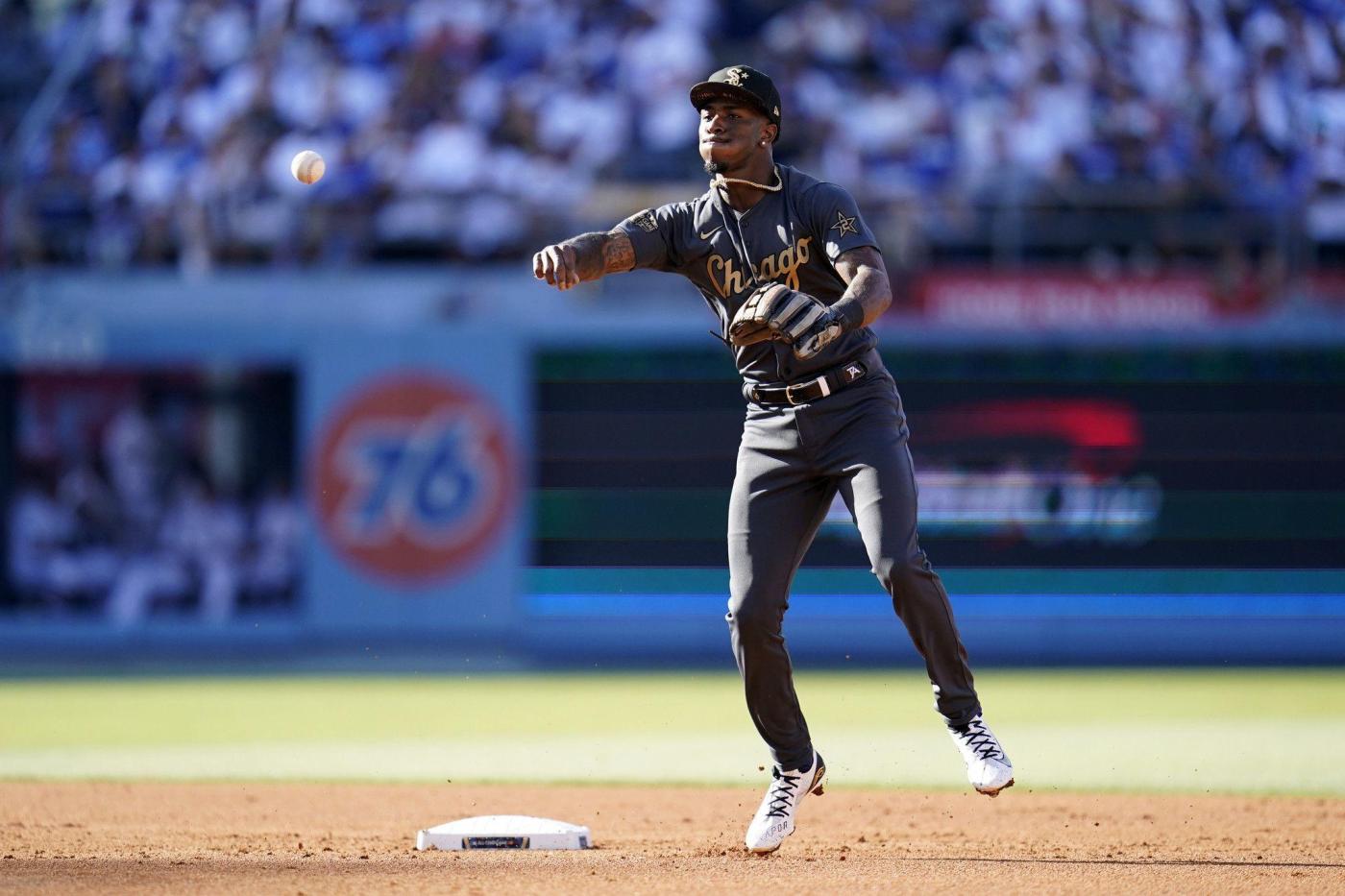 Judge’s Yankees teammate Giancarlo Stanton provided the power with a two-run homer in the fourth against another Dodgers pitcher, Tony Gonsolin. Byron Buxton of the Minnesota Twins followed with a homer to left.

It was the seventh set of back-to-back homers in All-Star Game history, and they were enough to lead the American League to a 3-2 win in front of 52,518. Stanton was named the game’s most valuable player.

The Chicago White Sox had two players on the AL roster — Tim Anderson, who started at shortstop, and closer Liam Hendriks — and the Chicago Cubs had two on the NL squad in starting catcher Willson Contreras and outfielder Ian Happ.

Here’s how the game went for the players from both teams.

After just missing out on a chance to hit in his first All-Star Game last year in Denver — he was on deck in the ninth inning — Anderson made the most of being voted a starter this year. He went 1-for-2 with a single to left in the fourth.

Anderson was the first Sox player to start at shortstop in the All-Star Game since Luis Aparicio in 1970, and he was involved in the action in the first inning, taking part in a tremendous double play.

Cleveland Guardians second baseman Andrés Giménez went to his backhand to field Manny Machado’s hard-hit grounder. Giménez made a behind-the-back flip to Anderson, who threw to first to complete the double play.

Anderson squared off against Sandy Alcantara of the Miami Marlins in his first at-bat, grounding out to first to end the second inning.

Anderson ranged to his left to make a nice play in the third, fielding and throwing out Machado.

“We’ll always have video,” Anderson said. “It’s great to have that as part of my story.”

He came up during the AL’s three-run fourth, following the back-to-back homers with the single to left against Gonsolin. Xander Bogaerts of the Boston Red Sox replaced Anderson at shortstop in the bottom of the fourth.

“Just looking for something to put the barrel on,” Anderson said. “And I got some tough pitches to hit. I picked one out and it was able to get through the hole.”

Hendriks, who earned the save in last year’s game at Coors Field, came in to get the last out of the eighth.

“I really wanted to get in there, but I wanted everyone to pitch,” said Hendriks, also an All-Star in 2019 with the Oakland Athletics. “We unfortunately didn’t get the chance to throw (Jordan) Romano (of the Toronto Blue Jays) in there. Just happy I was able to get in there, be it one out or two outs. I was happy to do whatever.”

Hendriks entered with two outs and a runner on first. He faced Travis d’Arnaud and got the Atlanta Braves catcher to fly out to center.

He screamed, “Julio,” as in Julio Rodríguez of the Seattle Mariners, who made the catch. Hendriks waved while asking for the ball.

“Luckily I was mic’d up and so was Julio, so he heard me as I was screaming for the ball through the microphone,” Hendriks said. “So luckily we were able to figure it out.”

Hendriks hugged AL manager Dusty Baker when he made it to the dugout.

“I’ve got the ball, it’s authenticated, it’s in my box right now headed back to Chicago,” Hendriks said. “And that’s something I’ll cherish as well because it’s going to go in the display case with the jersey. It’s a really cool experience.”

Willson and William Contreras became the first pair of brothers since Roberto and Sandy Alomar Jr. in 1992 to start an All-Star Game together. Willson batted sixth in the NL lineup and William seventh.

“Having my brother along my side is a blast,” Willson told reporters. “We got to talk a lot about the game.”

Willson came up in the first and struck out swinging against starter Shane McClanahan of the Tampa Bay Rays. William struck out looking against Alex Manoah of the Toronto Blue Jays to begin the second.

Facing the A’s Paul Blackburn in the fourth, Willson reached on a fielding error by Guardians third baseman José Ramírez. William didn’t get the chance to drive in his brother, as he was lifted for Albert Pujols.

Willson exited after the fifth, replaced by d’Arnaud behind the plate.

“It was really great,” Willson said. “Something about this was very special. I was just talking to my family about it. Having that great group of guys in the National League makes it even better.”

Happ made his first All-Star appearance, entering in the sixth at center field. Next to him in left was former Cub Kyle Schwarber.

“That was cool, to play the outfield together at that stage in that game,” Happ told the Tribune. “We played I can’t tell you how many games in center and left together, so to do it again, really cool.”

Happ batted with two outs in the seventh against Gregory Soto of the Detroit Tigers. He worked a full count before drawing a walk.

“It was awesome,” he said. “Just to get in there, play some innings in the outfield and get that at-bat and experience. Really, really fun.”

Happ was on deck when Jake Cronenworth struck out to end the game.

“I was hoping to get that last one,” he said.