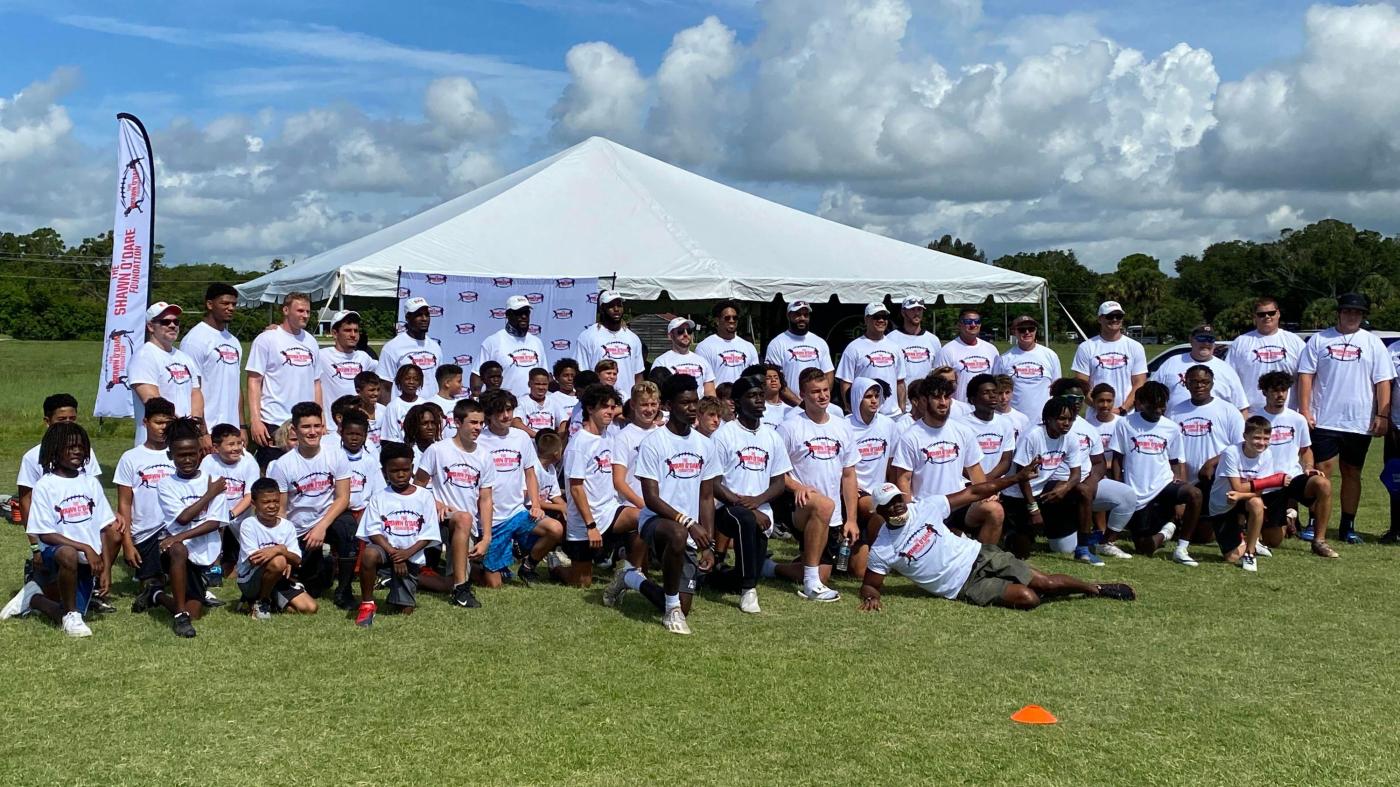 O’Dare, now an NFL agent with Rosenhaus Sports, hosted current Miami standouts Tyler Van Dyke, Xavier Restrepo, Jahfari Harvey and Elijah Arroyo (all of whom he represents as a NIL agent) as well as alumni like Stephen Morris, Kenny Holmes, Pat Bethel and Trent Harris at his foundation’s youth football camp on Saturday.

“One of our coaches out here, Kenny Holmes, used to have a celebrity basketball game out here,” O’Dare said. “Brought out guys like Warren Sapp, Daunte Culpeper, when I was 10 years old. It was the coolest thing ever. I told myself that when I was in a position to do something like this and leverage the relationships I have as an agent and bring guys back, I would do it. And it turned out pretty well.”

About 70 children registered for the camp, O’Dare said.

“I haven’t been in a while,” Harvey said, “so it was good to be back, especially working with some kids who are out here grinding, getting them boys sweaty on this summer day.”

O’Dare said the current Hurricanes were happy to volunteer at his foundation’s camp.

“I asked them one time and they said, ‘No problem. Of course.’ ” O’Dare said “I didn’t have to ask them a few times. They love giving back to the community. They do it all the time in Miami, but I told them it was important to me to give something back to my hometown.”

The mix of former and current Hurricanes who made the trip to Vero Beach for the camp demonstrated the ties between Miami alumni and current players.

“It’s awesome, man, just being able to be a part of such a big logo, going to the University of Miami,” Harris said. “Just having guys around that truly care about what you’re doing after a life of football and will help you out in life. I think that’s the biggest thing: just being a family like that.”