‘I love that dude.’ Chicago Bears GM Ryan Poles sees Matt Eberflus as the fuel in the team’s rebuilding efforts. – The Mercury News 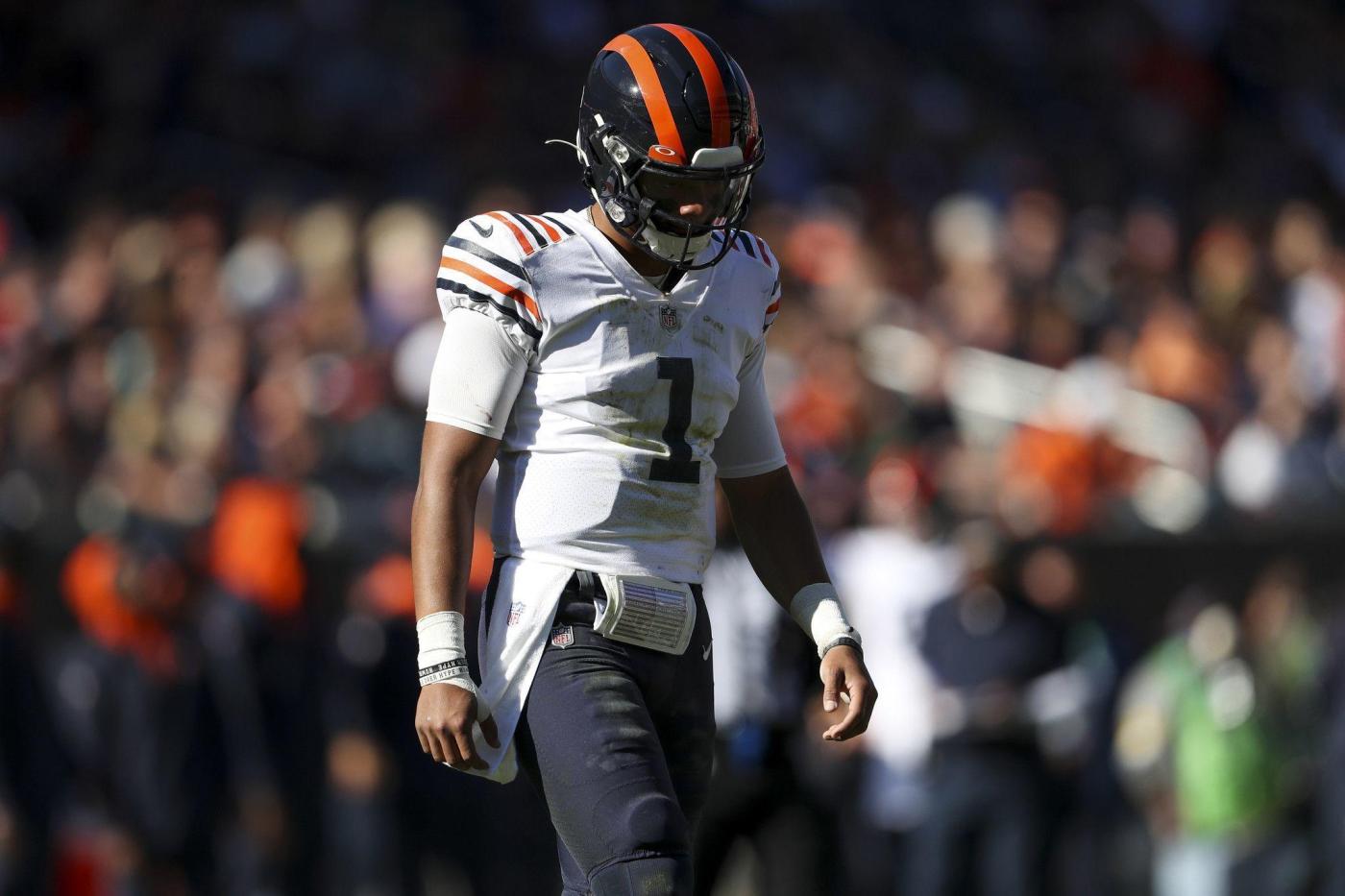 With Week 1 arriving and the Chicago Bears promenading around the track on their way to the NFL starting gate, rookie general manager Ryan Poles certainly has great conviction in one thing: He hired the right coach. Especially for this team in this moment.

After months of establishing a vision, a three-day journey through the NFL draft, weeks of spring practices and the last month-plus of training camp and preseason games, Poles has seen everything he wanted and more from Matt Eberflus.

“I love that dude,” he said Thursday afternoon at Halas Hall.

Poles grinned as he spoke, seemingly sitting up straighter and exuding an animated excitement that isn’t regularly part of his chill demeanor.

For Poles, there has just been something impressive about the way Eberflus has set a tone.

“He is detailed, he is organized,” Poles said. “He has people around him to help him be organized.”

“He is consistent. His message is clear. There is no gray area,” the GM said.

Those qualities have helped establish a standard. The standard.

Plus, when Eberflus stands in front of the team, Poles senses an infectious charisma that elevates the energy of the entire group.

“He’s got juice,” Poles said. “But it’s not fluff. It’s not fake. It’s real. And you can feel that energy he has. The guys love it. I love it. I’m so pumped about his leadership and how he’s going to lead this team.”

Is it possible the first addition Poles made — hiring Eberflus barely 21 hours after he accepted his job in January — is the one that has him most excited?

It sure seems that way. And maybe that’s vital for the future of this organization. After all, with a constantly changing and unproven roster and a margin for error that promises to remain thin throughout 2022, Eberflus will have to remain a sturdy pillar for the Bears, the hub of energy for a team needing direction, discipline and the kind of “juice” the 52-year-old coach seems eager to provide.

By now, the consensus around the NFL has become crystal clear. Most folks see the Bears as an afterthought, a team with far too many holes and too little depth to become a true Cinderella this season. The most pessimistic of the skeptics — many of whom have not watched a practice or observed any of Eberflus’ connection skills — judge the Bears as a bottom-feeding team that might be in the running for a top-three pick in the 2023 draft.

Oddsmakers, meanwhile, see a middle-of-the-road team straddling between a 6-11 or 7-10 season.

That seems to be a more-than-reasonable target. But Poles, through a hopeful lens and with a long view on how to best turn the Bears back into champions, believes strides are being made in the right direction.

He offered up one word Thursday for what he’ll be looking for from this team besides the game results from 15 Sundays, one Thursday and a Monday. “Resilience,” Poles said.

Good teams, he stressed, “can just stay level and look at ‘What are the solutions?’ instead of just pointing at the problem and being negative with like, ‘Look at that! It’s not good!’ ”

“No,” Poles continued. “How are we going to fix it? As an organization, as a team, as a locker room, as a staff, it’s just being resilient through the ups and downs and continuing to fight and have that arrow pointing up.”

At the very least, Poles is confident Eberflus has attained an impressive level of buy-in from players since April, requiring focus and effort at every turn and seemingly capturing the locker room’s attention with such demands. And while the Bears’ undefeated preseason remains insignificant, the brand of football they played last month was disciplined, cohesive and notably tidy. Which is part of the reason Poles’ enthusiasm for Eberflus seemed to be spiking Thursday.

Is he biased in that assessment? Yes, of course. And years down the road, Poles’ “I love that dude” chorus could turn into a “We just felt like we needed to go in a new direction” apology. Hairpin U-turns can be quite common in this league.

In 2015, Ryan Pace felt confident he had hired the right coach when he took the Bears GM job and united with John Fox. Three years later, after a messy and tension-filled breakup with Fox, Pace felt even more energized by his hiring of Matt Nagy.

That partnership, at least, produced a division championship in 2018 plus two playoff appearances. But Pace and Nagy ultimately failed to lift the organization out of the mediocrity muck it has been stuck in since the early 1990s.

It was similar for Phil Emery, who had three years in the GM post but made a miscalculation in believing Marc Trestman could take the team to new heights. Instead, Trestman lasted only 32 games, the shortest run of any Bears coach in the Super Bowl era. Yet again, the trap doors opened at Halas Hall, and new leadership was needed.

Poles will have to prove himself in the months and years ahead to validate the decision of a George McCaskey- and Bill Polian-led search committee to hire him as their roster architect and championship journey navigator.

To that end, Poles faced yet another direct question Thursday as to whether he had done young quarterback Justin Fields enough favors over the last six months in providing him enough support on the offensive line and in the receiving corps.

“I’m not going to overreach and do things crazy just to get a (big) name,” Poles explained. “Our approach has been consistent from the draft all the way through. We’re going to continue to add talent all around the best that we can.”

Pressed about whether upcoming additions to the receivers room might remain on the priority list, Poles chuckled.

He emphasized that receiver Darnell Mooney should be an invaluable weapon for Fields. Same for tight end Cole Kmet. Plus, with a trust in Eberflus and his coaching staff, Poles remains hopeful for more than a few developmental breakthroughs in the months ahead. At all positions.

‘What we do this for’

Poles also understands his responsibility in supplying more talent and depth whenever possible. Which would help explain why Thursday’s version of the 53-man roster had six players who first set foot inside Halas Hall.

That kind of roster fluidity will continue. And it will press Eberflus to be at his best to communicate his standards to all the newcomers while recalibrating the team’s developmental plans.

Who knows? Maybe a best-case scenario will unfold this season and the Bears will become feisty combatants in the playoff chase. Or maybe, as many expect, the reboot will take significant time with a flood of losses this fall that will test the patience and resolve of Eberflus and his upbeat boss.

Thankfully, the regular season has arrived. At this point, it’s time for all such offseason analysis and wide-ranging projections to be put to a bigger test. And Poles is as eager as anyone to start that next phase, to launch into the Sept. 11 season opener against the San Francisco 49ers with Eberflus at the controls.

“That’s what we do this for,” Poles said. “It’s about making the most competitive roster possible and getting to game day and seeing how it looks. Then we just continue to adapt, change and improve where we can.”