In battle of the All-Star pitchers, SF Giants lose in extras to Brewers 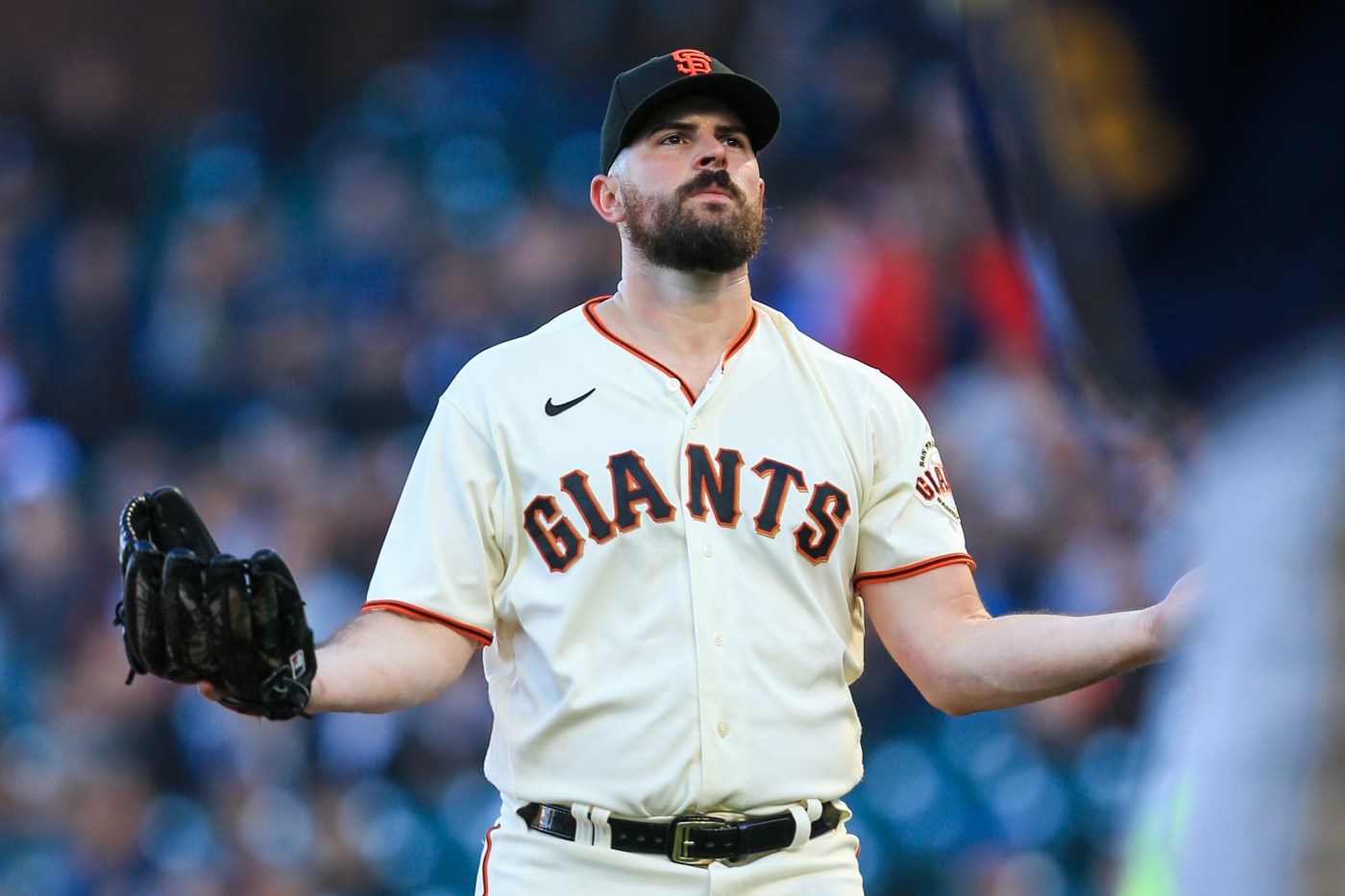 SAN FRANCISCO — A marquee pitching match-up turned into an ugly, extra-inning 3-2 loss to the Milwaukee Brewers for the Giants to open up the final series before the All-Star break on Thursday night.

The outcome was decided on a bad-luck RBI dribbler Jonathan Davis hit off closer Camilo Doval into the dead zone between the mound and third base, scoring the ghost runner from third base. An ending not befitting of the tension brought between two teams potentially fighting for a playoff spot.

The bar is high after his shutout against the Padres last week, but Carlos Rodón wasn’t at his best against the Brewers. Corbin Burnes, their starter, was dominant. But both left departed their starts with the game in the balance.

Milwaukee wasn’t biting much at Rodón’s slider, which made for some long innings and multiple scoring threats. But strong performances from Rodón, the newly-minted All-Star, happen in variety of ways.

Rodón lasted five innings, using 99 pitches to get through it, and surrendered three walks. But he won key battles that allowed just one earned run and struck out seven batters.

In the second inning, a pair of bloop singles by Luis Urias and Rowdy Tellez and a Pedro Severino hit loaded the bases with no outs. Rodón handled it, striking out the side — Jonathan Davis looking at a fastball, Andrew McCutchen swinging at a slider and Willy Adames swinging at 98 fastball up — to strand the runners. Rodón shushed the home crowd.

Rodón struck out the first two batters of the fifth inning, but Milwaukee threatened again with back-to-back hits from Victor Caratini and Urias.

Mike Yastrzemski gave the iffy Giants defense a nice highlight with a outstretched catch at the wall to rob Tellez of an RBI. Rodón departed the inning at 99 pitches, with just one run scored on a McCutchen sacrifice fly to worry about.

He had a lead, too, despite Milwaukee starter Corbin Burnes throwing some of his best stuff. Yastrzemski scored the game’s first run in the third inning without the team recording a hit yet — he walked, stole second base, took third on a passed ball and scored on one, too. Joc Pederson’s RBI single in the next at bat was the Giants’ first of the game and gave them their second run.

With Rodón out, Milwaukee erased that lead quickly and tied the game with three consecutive singles against John Brebbia, Wednesday afternoon’s opener against Arizona.

Burnes held the Giants to one earned run over seven innings and returned to the mound for the eighth with 101 pitches thrown. Brandon Crawford blooped a single the other way on his first offering, and after pinch hitter Wilmer Flores struck out, LaMonte Wade Jr. drew a seven pitch walk to get Burnes to a season-high 115 pitches and force him out of the game.

After getting Austin Slater out, reliever Hoby Milner hit Thairo Estrada in the foot to load the bases. Pinch hitter Darin Ruf hit a 3-1 sinker 355 feet to deep right field for a loud out to strand the runners.