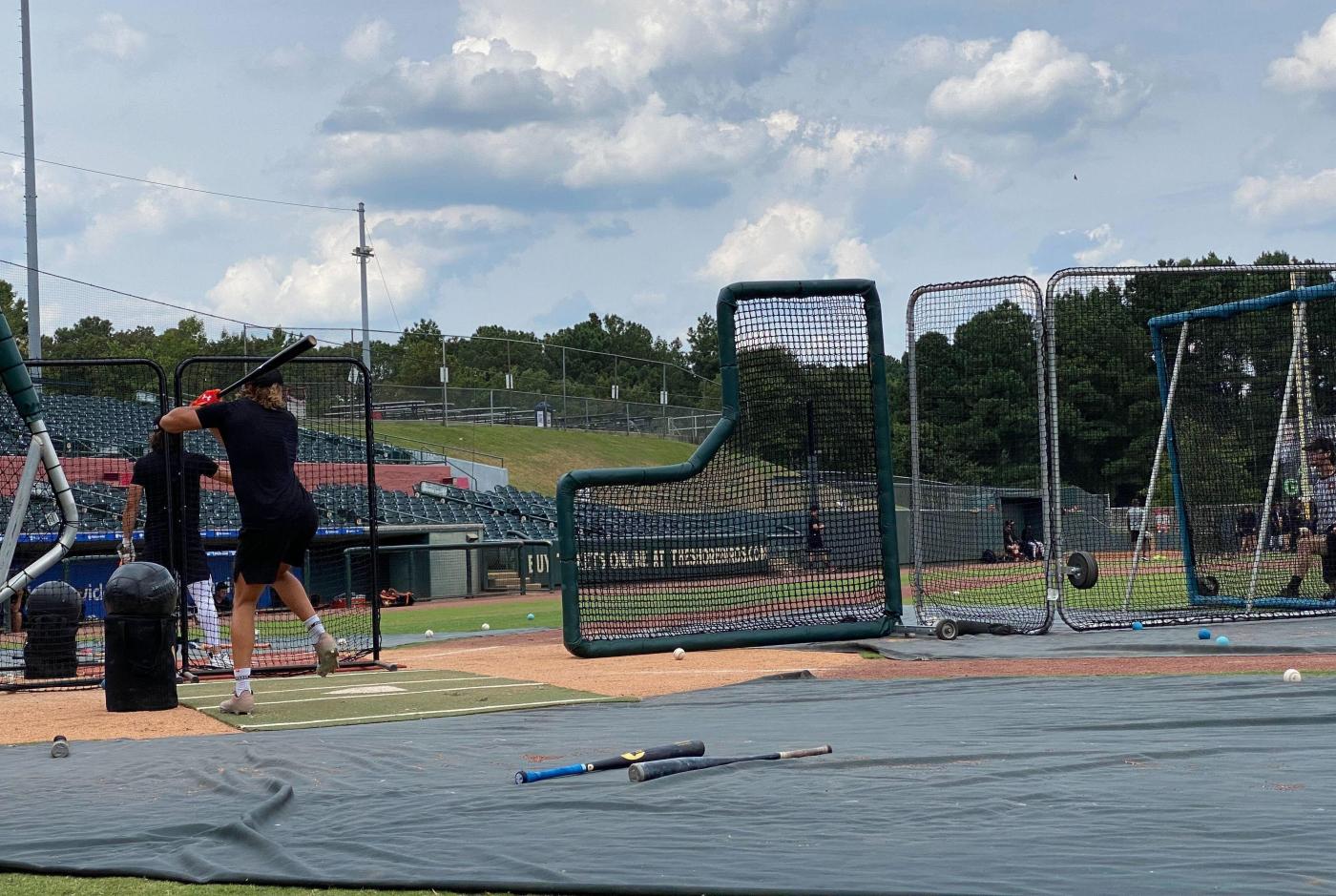 Twenty-three years ago, when Matt Holliday was 19 years old, the future All-Star outfielder found himself at Arthur W. Perdue Stadium in Salisbury, playing for the Asheville Tourists. That was at the onset of Holliday’s career, and he marked that series against the Delmarva Shorebirds with a home run.

Now there’s another Holliday beginning his career at Perdue Stadium, with Orioles prospect Jackson Holliday making his debut with Low-A Delmarva on Thursday. Holliday is a year younger than his father was at this stage, making the jump from the Florida Complex League to an affiliate after Baltimore selected him with the first overall pick in the 2022 Major League Baseball draft.

Holliday learned of the connection with his father at Perdue Stadium the night before his debut. And while Holliday didn’t talk with his father about it yet, he laughed and said “I probably need to call him, see what the secret is” to hitting homers in the ballpark he’ll call home for the final two-and-a-half weeks of the season.

This is where Holliday wanted to be, as quickly as possible. The 18-year-old from Stillwater, Oklahoma, displayed what he can do in the Florida Complex League, hitting .409 with a 1.167 OPS in eight games. When he first arrived in Sarasota, Holliday admitted “it was a lot” — adapting to professional baseball as a freshly graduated high schooler.

Then he stood in for his first professional at-bat. He singled.

“It all got easier after the first at-bat,” Holliday said. “That just made everything a little easier from there. It was kind of like a summer baseball camp to start. And then once you start playing games, everything gets a little more smooth.”

Holliday wasn’t alive when his father played that series against the Shorebirds, but he has experienced minor league clubhouses before this week. When Matt would go through rehab assignments with Albuquerque and Grand Junction — affiliates of the Colorado Rockies — Jackson occasionally tagged along.

Matt wasn’t even alive when “Mr. Blue Sky” by Electric Light Orchestra was released in 1977. But Jackson strode to the plate to that track Thursday and blasted the first hit of his full-season affiliate career to deep center field for a run-scoring, ground-rule double. He also walked with the bases loaded — and the winning bid for Holliday’s game-worn jersey went for $8,000.

After games, Holliday checks in with his father. If his swing feels off, Holliday will send his father videos and they’ll discuss whatever tweaks need to be made. But Holliday said since starting professional ball, the Orioles haven’t made adjustments to his swing.

The work against pitching machines, though, is something he hasn’t done much of before. It helped him adjust to the velocity he sees on a nightly basis, fitting in on the field like he does in the clubhouse.

“Me and him are good friends,” said outfielder Jud Fabian, who was taken with the 67th overall pick. “For being 1-1, he’s a really humble kid. You’d never know he went 1-1. He’s all about team and other players, he’s not about himself.”

There’s a different feeling to being with an affiliate compared to the FCL, where players are centered around Baltimore’s headquarters in Sarasota.

Now Holliday is living on his own, growing up on the fly. He said “me and Grubhub are best friends,” and when he’s not at the stadium, Holliday is a typical 18-year-old.

“I watch a lot of movies and hang out with some of the players,” Holliday said, “so it’s been fun.”

Except Holliday isn’t a typical 18-year-old. His draft position, with a record $8.19 million signing bonus, shows as much. His performances in the FCL only backed that up, as well as the fact he’s starting at shortstop for the Shorebirds on Thursday.

“It’s kind of crazy to think that he’s 18,” said Adam Crampton, a ninth-round selection out of Stanford. “He’s mature beyond his years. He’s super talented and he carries himself not like a normal 18-year-old would. He’s also a great kid, too. I love hanging around him and working with him, and I feel lucky to work alongside him and hopefully progress together.”

Added Carter Young, a 17th-round pick who’s starting at second next to Holliday: “His hitting, obviously, is very advanced for how young he is. I wasn’t at that point when I was his age.”

And yet here they all are, playing Thursday for the Shorebirds as the Orioles’ draft class takes their first steps into affiliate ball. Holliday is one of the youngest here, but he’s not wide-eyed.

After all, a Holliday has already taken a ball deep at Perdue Stadium. Maybe Jackson won’t be far behind.

>> Young said he signed for the Orioles over attending LSU because of the “developmental side of the minor leagues.” He arrived at LSU as a transfer from Vanderbilt and spent two weeks on campus before he opted to sign with Baltimore “an hour before the deadline.”

>> Catcher Silas Ardoin, taken in the fourth round from Texas, is the son of former MLB catcher Danny Ardoin. He said he “gets a ton of advice” from his father. “I call him every single game, ask him how I looked catching, ask him what my at-bats look like or what he was thinking,” he said. “He gives me some great advice, but at the same time, I take his advice and apply it to myself how I think it will help me best. But I want to be my own player at the end of the day.”

>> Fabian said the main tweaks to his game have been to his approach at the plate. “Not swinging at balls that are close, on the edges, because it’s hard to throw strikes,” he said. “No matter how high you go in baseball, it’s difficult to throw a strike. If you help a pitcher out, it’s going to be a lot easier for him, so basically making the pitcher’s job hard on him is what I’ve focused on.”