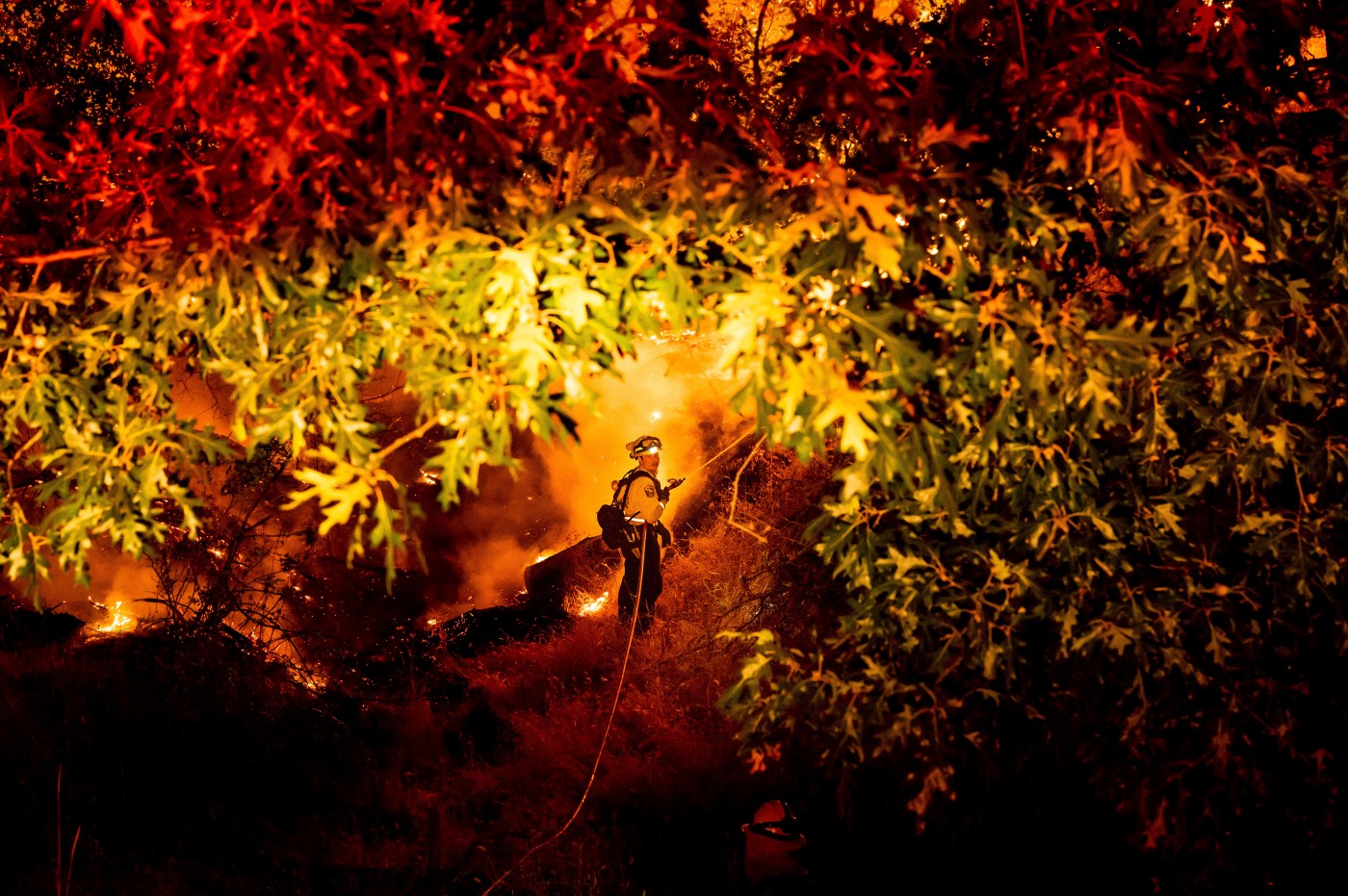 Firefighters on Friday plan to set fire to unburned areas within existing containment lines, Cal Fire Incident Commander Chris Trindade said at an evening news conference. The idea, he explained, is to reduce fuels that could potentially threaten the lines.

“Ultimately what this does is it speeds up the process to get everybody home in more of a timely manner,” Trindade said.

In a news release, Cal Fire said residents will likely see increased smoke in the areas north of Robinson Ranch at the intersection of Highway 26 and Ponderosa Road.

“While residents feel alarmed seeing the increased smoke in the area, the Electra Fire Incident Command Team does not anticipate any issues, and the Electra Incident has sufficient air and ground resources available to respond to any concerns that may arise,” the agency said.

Southeast of the Electra Fire, crews were contending with the Washburn Fire near the lower portion of the Mariposa Grove in Yosemite National Park. In a statement issued shortly before 5:30 p.m. Thursday, the park said the fire had burned 5 to 8 acres. The fire was later mapped at 46 acres, according to the Fire Integrated Real Time Intelligence System.

The Mariposa Grove, which is home to Yosemite’s largest grove of sequoias, is closed until further notice, according to the park. All other areas of the park are open.

That fire is threatening 891 structures, according to Cal Fire. So far, no structures have been destroyed or damaged. At least one first responder has been injured on the job.

Conditions on Thursday were warmer and drier than the previous day, but winds were lighter, said Brian Newman, a fire behavior analyst with Cal Fire. That trend was expected to continue Friday.

Newman described the fire behavior across the Electra Fire as “generally minimal.”

“There are areas within some of the steep drainages that have some oaks and pines that do have some residual heat that will keep producing smoke. But they are not threatening any of the control lines,” he said.

“Overall,” he added, “our fire activity is starting to diminish as we’re heading into the weekend.”

The increase in containment led authorities to lift some evacuation orders in Calaveras County, including for all residences on Montgomery Lane. Evacuation orders, however, remained in place for portions of Calaveras and Amador counties.

Deputies are continuing to patrol the evacuated areas, said Amador County Sheriff Gary Redman, adding that a second person was caught trying to break into a home Wednesday night.

“This person is now sitting in the Amador County jail,” Redman said. “We will continue to staff and pull all of our resources in and make sure that those locations are safe.”

Full containment of the fire, which ignited around 3:45 p.m. Monday near Electra Road and Highway 49, is expected by July 18, according to Cal Fire. The cause remains under investigation.