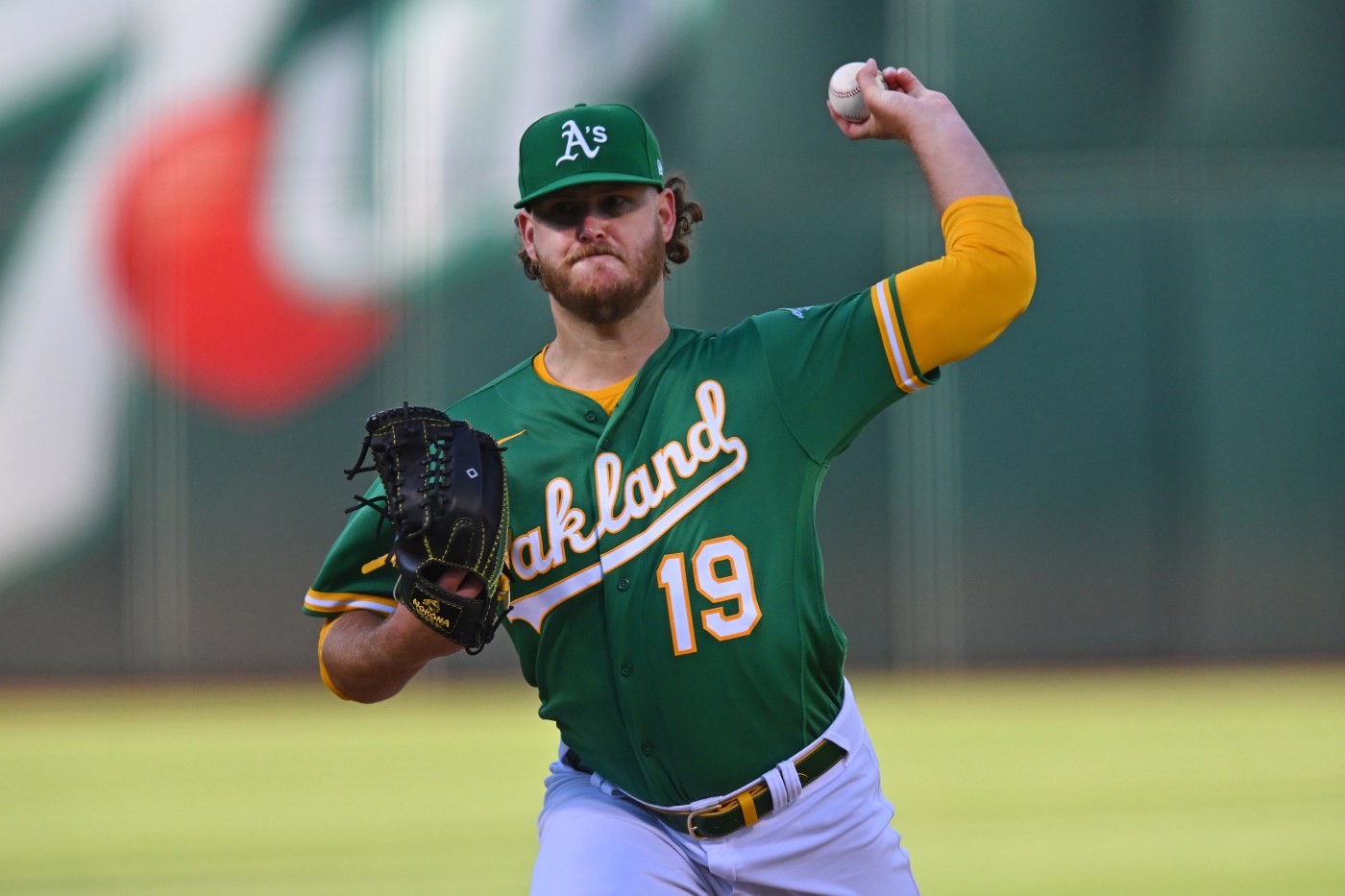 OAKLAND – Ramón Laureano and Seth Brown homered, and left-hander Cole Irvin continued his string of solid starts by allowing one earned run and striking out eight in seven innings as the A’s held on to beat the Texas Rangers 5-4 before 6,620 fans at the Coliseum on Friday night.

Irvin turned a 4-1 lead over to the bullpen after walking Leody Taveras to lead off the eighth, but not before the A’s faithful gave him a standing ovation for his performance and Irvin responded by slapping his glove. He finished one strikeout short of matching his single-game career high.

“It was pretty darn good,” Irvin said of his performance. “The pitch execution was there and I wasn’t afraid to throw the fastball and get outs on it.  I think we did a really good job that second time through (the Rangers lineup), spinning the ball a little bit.  I think that allowed for more fastball success.”

A’s manager Mark Kotsay said, “I brought his (Irvin) name up for the possibility of an All-Star selection for him, he’s pitched that well. And again, he goes out tonight at home, gives us seven innings and was really dominant in that performance.”

The A’s (34-62) have won two of three since returning from the All-Star break and are 9-9 in July, a massive improvement from a five-win June.

“I think everybody’s confidence is up right now. And I think it’s kind of one of those things where people are feeding off each other,” Brown said. “Everybody’s really just pulling for each other right now. So it’s good team baseball going on right now.”

The A’s led 5-2 heading into the ninth inning, but right-hander Lou Trivino, who has taken back the closer duties with Dany Jiménez injured, got into major trouble after recording two quick outs. The Rangers scored twice off Trivino, sparked by a solo home run by Nathaniel Lowe, to cut the A’s lead to one and loaded the bases before A.J. Puk retired former A’s shortstop Marcus Semien on a ground out to end the game. It was Puk’s first career save.

“I’m really proud of A.J. this year and his progress,” Kotsay said. “The incremental successes continue to build confidence and it’s great to see him tonight be able to close out that game.”

Vimael Machín brought Skye Bolt home on a ground-rule double to give the A’s the 1-0 lead in the second inning. Adolis Garcia tied the game for the Rangers by hitting a single to left field that scored Corey Seager in the fourth inning.

The tie was short-lived as in the fifth inning Laureano hit a full-count fastball from Spencer Howard for an opposite-field homer, his tenth of the season, to put the A’s up 2-1. Brown cushioned the lead two-run home run, his 12th of the season.

“I think everybody’s just confidence is up right now. And I think it’s kind of one of those things where people are feeding off each other,” Brown said.

Semien cut Texas’ deficit to two runs after singling in Leody Taveras in the eighth inning, but Stephen Vogt followed the home half of the inning by hitting a pinch-hit RBI single to make it 5-2.

The A’s and Rangers will play the second game of the series tomorrow at 6: p.m. The A’s will send James Kaprielian, while Taylor Hearn will start for the Rangers.