Is a summer storm brewing for the Heat? – The Mercury News 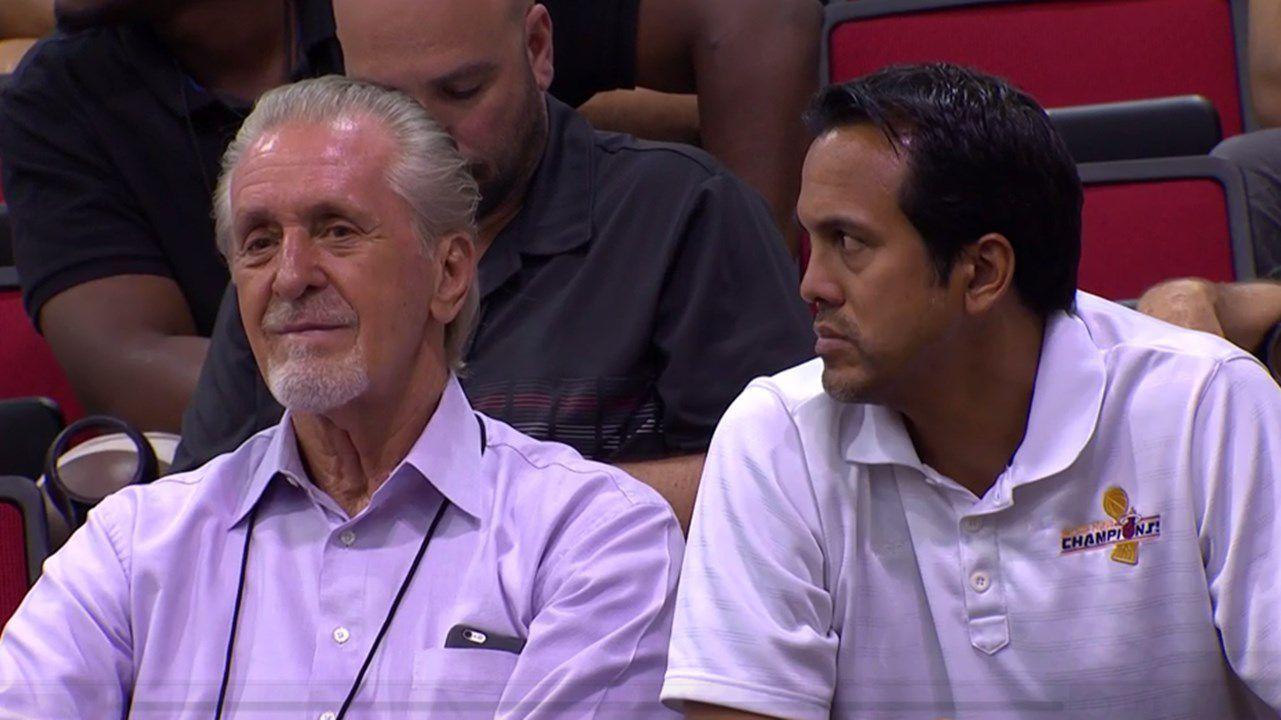 Q: Ira, do you agree that Pat Riley and Andy Elisburg have done a poor job in upgrading the 2023 Heat roster? They now don’t have the money to seriously sign another star to play with the current core. Only option is a trade that could decimate the Heat’s younger players. The Heat’s competitors in the East in the meantime have seriously upgraded, e.g. the 76ers and the Celts. Your thoughts please? – Stuart.

A: In all the years (and there have been many) that I have been doing this, certain topics have overwhelmed the mailbag. There was the fascination with Michael Beasley, then with Hassan Whiteside, then with Omer Yurtseven, expressing disgust that none were allowed to be established as leading men. There has been the call for dismissal of Erik Spoelstra seemingly every time the Heat didn’t win a championship or a playoff round or a playoff game or any game. And in recent years (and months), little has been as polarizing as Udonis Haslem’s place on the roster. But this relentless focus on roster composition less than two weeks into July has taken on a life of its own at a remarkable pace. First, the Heat still have most of the same assets they had going into free agency. Heck, they still have a portion of their mid-level exception and their bi-annual exception if they are willing to play as a hard-capped team. And they still have a core that includes Jimmy Butler, Bam Adebayo, Tyler Herro and Kyle Lowry, a core good enough to get to the 2022 Eastern Conference finals. And, yes, they lost P.J. Tucker in free agency. But let’s be candid: When the Heat added P.J. last August, weren’t there questions about whether that was enough at power forward? So we’re back at that juncture again . . . with plenty of time to figure it out. The sky is not falling, just those infernal late-afternoon showers in South Florida. And they fall precisely because it is only July. If this is all there is, then lament. For now, roast the Heat in the summer heat if you must, but the sense is that something still is simmering.

Q: As much as I think Dewayne Dedmon has done an admirable job in his role as backup center, I was hoping the Heat would move on from him. There is no upside to his game and his presence will delay Omer Yurtseven’s growth. Yurtseven, in my opinion, has a huge upside – a great rebounder, and a deft touch around the basket, probably the best post-up talent on the roster (save for Jimmy Butler) – but it can’t be realized watching from the bench. – Ray, Deerfield Beach.

A: Of the Heat’s moves to this point, it was surprising, even with his second year non-guaranteed, that the Heat felt the rush to get Dewayne Dedmon’s deal done, and done at such a raise, especially with Omer Yurtseven having another summer to develop and with Orlando Robinson showing enough to be brought into camp. But the Heat also are in a win-now mode, when considering the ages of Jimmy Butler and Kyle Lowry. And Dewayne is a quality, proven reserve center, one capable of holding his own in playoff situations. That is not something that yet can be said of Omer, or certainly Orlando. So take it as an insurance policy.

Q: Why do you have to mock questions about Carmelo Anthony or Hassan Whiteside? They’re better than players on the roster now. – Andy.