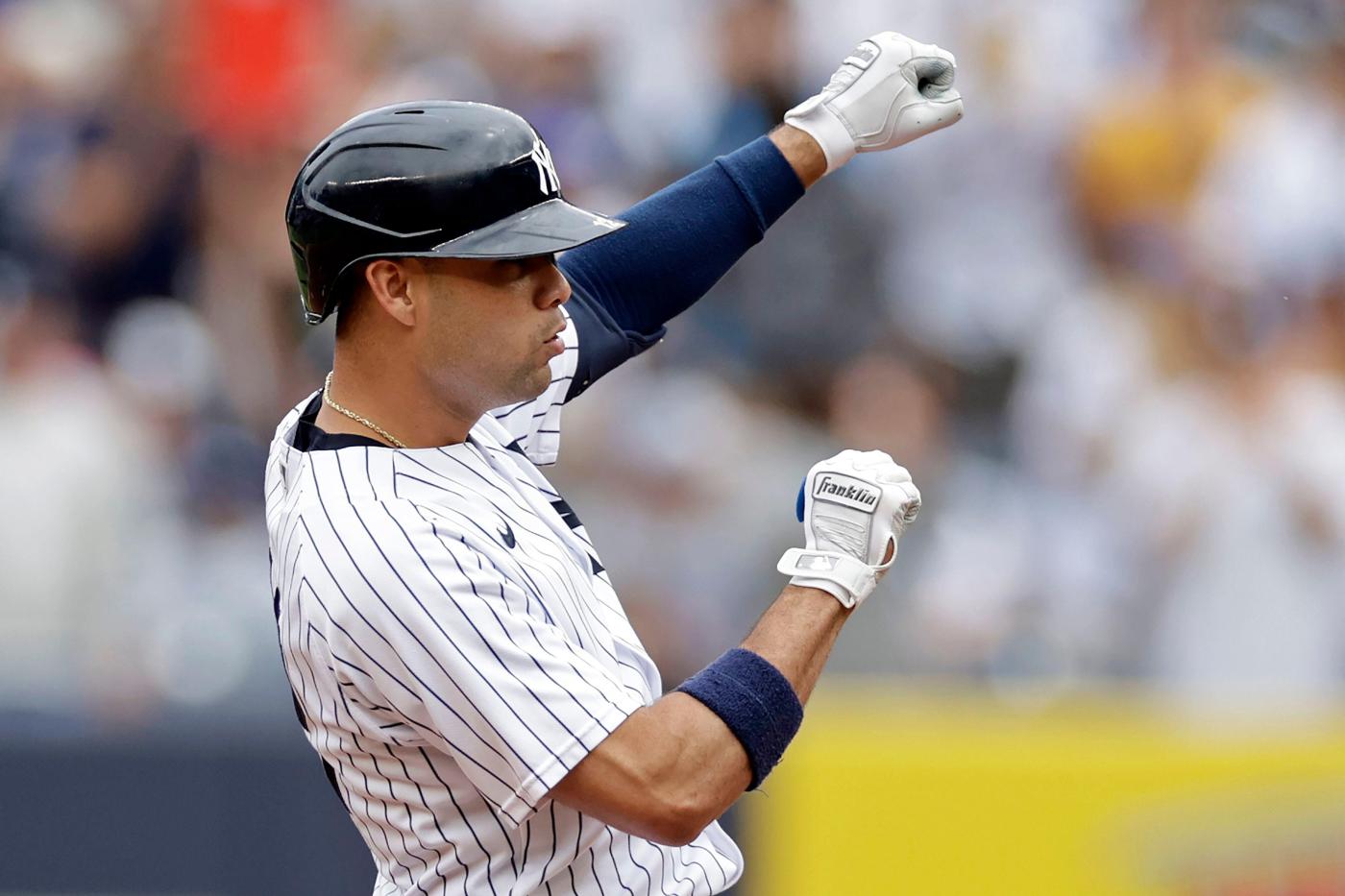 ST. PETERSBURG —  Clay Holmes’ streak is over. The Yankees closer allowed a run for the first time since Opening Day in the Bombers’ 4-2 win over the Rays Tuesday night at Tropicana Field.

“I just gotta take it one at a time. That was kind of my thought process here, it’s been my process all season,” Holmes said.  “I think that  maybe a new streak starts. You have to get one at a time and that’s kind of the mindset I’ve had this whole season so far.”

Holmes gave up a one-out double to pinch hitter Francisco Mejia and allowed Paredes to score on Yandy Diaz’s soft grounder back to the mound. It was only the second inherited runner out of 13 that Holmes allowed to score this season. Holmes had the first run scored against him since April 8 when Manuel Margot beat out a short infield grounder. His franchise record streak was snapped at 31 consecutive scoreless innings and 29 appearances.

“Probably the one pitch maybe there to Mejia I wish I could have back,” Holmes said. “They got a couple knocks, found a way to either get the guy in or get a hit  on a couple on lucky bounces, but they just did a good job of putting the bat on the ball when they needed to.”

Isaiah Kiner-Falefa missed his second straight game  with left hamstring soreness on Monday. Aaron Boone said he was staying away from the shortstop in the Yankees 4-2 win over the Rays at Tropicana Field.

“I probably would have pinch run him for (Josh Donaldson) in the ninth there, but I wanted to stay away from him,” Boone said. “I feel like he’s doing well but not something I want to push either.”

Boone said that Kiner Falefa is “trending in the right direction,” but would not commit to playing him in Tuesday’s game either.

Kiner-Falefa looked to be moving fine as he took ground balls before the game. He indicated that he had a similar “feeling” in his hamstring during the 2020 season and was fine after resting for one day.

It only became apparent that Kiner-Falefa was not available Sunday when Boone was making pinch-hitting moves to try and come back from a one-run deficit in the ninth inning and he did not pinch run Kiner-Falefa for Giancarlo Stanton.

The Yankees used Marwin Gonzalez at shortstop for the second straight start Monday night. The versatile veteran homered on Sunday to give the Yankees their first home run from the shortstop position. He’s able to play every infield position and the outfield.

“It’s been huge. I mean, he’s just given us so much flexibility and seems to do something to help you win a game the times he’s in there,” Boone said of Gonzalez. “He’s played really well at shortstop and it starts there. [He’s] done really well in the outfield. He’s come up with some big hits for us at times. Just kind of that Swiss army knife where he does a lot of things, obviously a switch-hitter, so he’s been really valuable for us.”

Kiner-Falefa has hit .273/.320/.325 with 11 doubles and 18 RBI. He’s been a solid shortstop who makes some tremendously big plays and has had some struggles with the routine. Gleyber Torres has thrived offensively and defensively since they moved him out of the shortstop role to play second base last September. Not wanting to mess with that, Boone used Gonzalez at short Sunday.

EYES ON THE PEN

The Yankees will have a chance to watch Zack Britton and Aroldis Chapman throw on Tuesday. They watched Domingo German throw a bullpen Monday and are getting ready to start his rehab assignment clock on Wednesday.

Chapman, who has been on the injured list with an Achilles issue, will throw to live hitters for the first time at the player development complex in Tampa. He will likely do that a few more times and then need a rehab assignment in the minor leagues, Boone said.

Britton will throw a bullpen for Boone and pitching coach Matt Blake. The lefty is coming back from October elbow reconstruction surgery. Britton is on track for a late-season return, but will rejoin the Yankees and return to New York for the next home stand to work with the big league trainers and pitching coaches.

German, who began the season on the IL with right shoulder impingement syndrome, will start for the Tampa Tarpons on Wednesday night. The right-hander’s rehab clock will start then, meaning he has 30 days to be activated — barring a setback.

Jonathan Loaisiga, on the IL since last month with right shoulder inflammation, threw on flat ground before Monday’s game. He threw at 105 feet, Blake said.

“Lo will probably throw a bullpen when we get back to New York,” Boone said. “One of those first couple of days so he’s doing really well. So yeah, guys are moving in a good direction.”