‘It was really special’ – The Mercury News 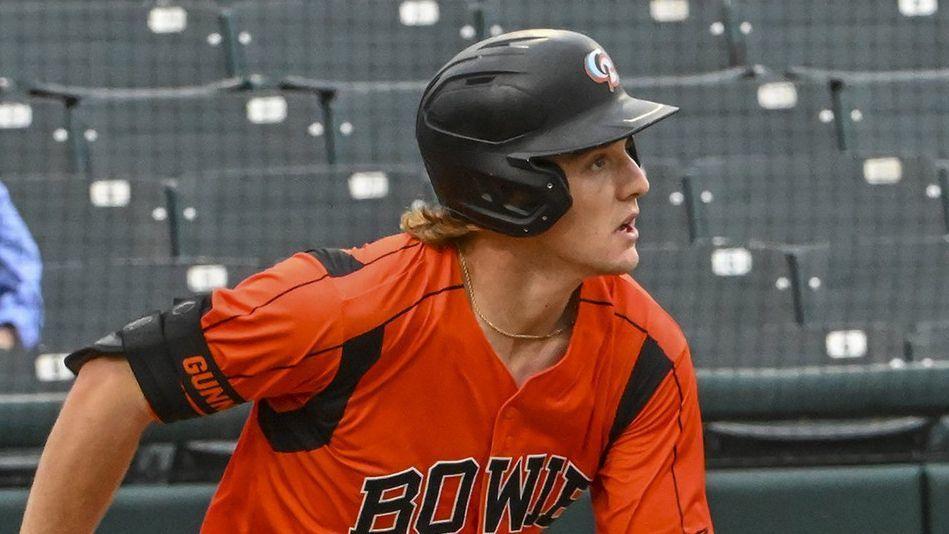 With a drive into the right-center gap, Gunnar Henderson cruised into second base and secured himself a place in rarefied company. The 20-year-old Orioles prospect at Triple-A Norfolk hit for the cycle Tuesday night — and he needed only four at-bats in six innings to do so.

Henderson’s historic night began with a single into right field. The infielder followed with a two-run triple in the third inning before his solo home run in the fourth set the stage for the double.

Henderson told The Baltimore Sun that the impending feat crept into his mind as he stepped to the plate for his fourth at-bat during the eventual 8-2 win for the Tides against the Gwinnett Stripers. His first two swings exhibited that.

“Tried to do too much,” Henderson said. “But then the last one, just kind of settled in and just said, ‘You know what? Just try to get your ‘A’ swing off without doing too much. I was, luckily enough, able to get it done.”

The last time a Norfolk Tides player hit for the cycle, Henderson hadn’t been born. Timo Pérez last accomplished the feat on June 9, 2000 — a little over a year before Henderson was born June 29, 2001. But on the verge of his 21st birthday, Henderson displayed his ability at the plate.

“This one’s gotta be up there,” said Henderson when asked where this birthday present ranks.

Henderson ranks as the No. 4 prospect in Baltimore’s farm system, according to Baseball America. The 2019 second-round draft pick was promoted to Triple-A earlier this month, and in 19 games at that level, he hasn’t missed a step. Henderson is hitting .329 with a 1.077 OPS through four at-bats Tuesday.

He credits his success to time spent at the alternate training site in Bowie during 2020, when the coronavirus pandemic canceled the minor league season. He’s already seen pitchers who belong in the upper minors. And later, when he arrived at High-A Aberdeen and struggled for his first two weeks in 2021, Henderson learned how to compartmentalize results from his process at the plate.

Those lessons have helped him avoid any drop-off in production, even as he climbs the ranks.

“Being able to go through that, going through that one time, and just not making those mistakes again this year,” Henderson said.

In the sixth inning, a homer from outfielder Kyle Stowers brought Henderson home after his cycle. When they reached the plate, Stowers was the first to congratulate Henderson — but he wasn’t the last.

“It was pretty awesome for him to take time to say congratulations after that,” Henderson said. “That was pretty cool. Just all the guys in there, they were all really happy for me. I can’t thank them enough. It was really special, and just being able to spend it with them is really awesome.”

Henderson is the second player in the Orioles’ organization in the last two weeks to hit for the cycle, joining outfielder Austin Hays on June 22. Hays needed only six innings and four at-bats, too.

“I kind of had an idea of it, but I wasn’t going up there like, ‘Oh my, I’ve gotta get a double right here,’” Henderson said of his fourth at-bat. “I just took it on as a little challenge and was able to get it done, so it was a pretty cool night.”