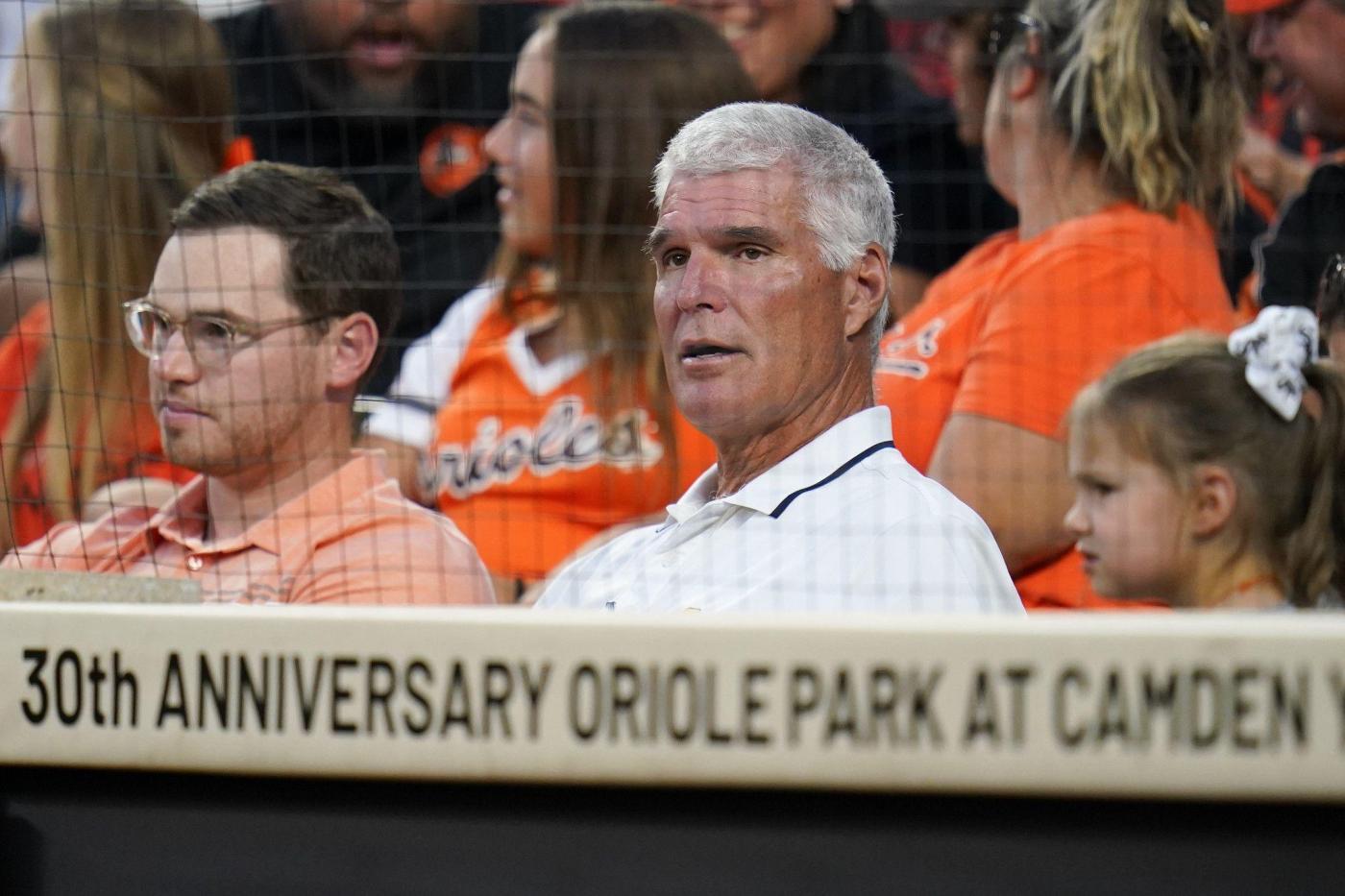 Gavin Sheets hit a grounder to short with the bases loaded in the seventh inning Wednesday against the Baltimore Orioles.

Jorge Mateo ranged to his right, went to his backhand to field the ball, jumped and made an off-balance throw to first.

Sheets raced down the line. If he’s out, the inning would be over. If he’s safe, it would be an insurance run for the Chicago White Sox.

“Once I saw Mateo going to his right for the backhand, I knew I had a chance to beat it out,” Sheets said. “So once I saw that, I ran as hard as I could. That basically sums it up. As soon as I saw him go backhand, I knew he couldn’t go to second. I knew it was going to be a race between me and him.”

Sheets beat the throw for an infield single and RBI, his third of the game.

The outfielder/first baseman from Lutherville, Md., about 15 miles from Camden Yards, grew up attending Orioles games and has had a productive visit to the park this week with five hits in the first two games of the series. He also singled in his first two at-bats Thursday.

“I didn’t get to enjoy it as much last year because it was only my second or third week in the big leagues,” Sheets said of the homecoming. “This year I’ve taken it all in, embraced it a little bit more, enjoyed it a little bit more. It’s been awesome. Having family and friends here who you grew up with and in a stadium you grew up in is awesome.”

Asked how often he went to the Camden Yards growing up, Sheets said, “A lot.”

Sheets was heating up before the homecoming.

Entering Thursday, he slashed .347/.340/.510 with five doubles, one homer and nine RBIs in his last 18 games. He had four multihit games during that stretch, including a career-high four hits Aug. 18 against the Houston Astros at Guaranteed Rate Field.

Sheets batted sixth and fifth in the order the first two games of the Orioles series. He was moved to the No. 2 spot as part of a reconfigured lineup Thursday. Manager Tony La Russa inserted Vaughn in the leadoff role.

“Vaughn can hit anywhere,” La Russa said. “We’ll see how long this lasts. But mostly I like 3-4-5 (Luis Robert, José Abreu and Eloy Jiménez, who rested Wednesday while recovering from being hit by a pitch in the left elbow Tuesday). Gives our run producers a chance to hit with runners on base, and Andrew is one of the best at doing that.”

Vaughn recalled batting leadoff while in college for California “a couple of weekends.” He had two at-bats in the top spot this season after entering for an injured AJ Pollock on April 9 in Detroit.

“Everybody steps in the box the same way,” Vaughn said of the assignment. “It’s the same thing as hitting three, four, five, six or seven. You’re just starting the game off and once that happens, the lineup just keeps rolling.”

He homered on the first pitch Thursday, and Sheets followed with a single. Vaughn also doubled off the left-field wall in the third.

Sheets was glad to have the opportunity to make an impact in front of many familiar faces.

“My dad is sitting right behind (the plate), so I can hear him the whole at-bat,” he said. “I can see (family and friends) all throughout the stadium. Especially going out to right field, I’ve got a bunch of friends out there. Just being able to enjoy it a little bit more this year, embrace it a little bit more has been a lot of fun.”

During last season’s games in Baltimore, friends made shirts with the name “Sheets” on the back. He went 1-for-10 with two walks and two runs in the three-game series, hitting a home run.

This season, fans were spotted in the Camden Yards stands with Sheets Sox jerseys.

“It’s fun to see that going around and my friends doing that,” Sheets said. “Bunch of messages from people I didn’t even know were here. It’s been a great week.”