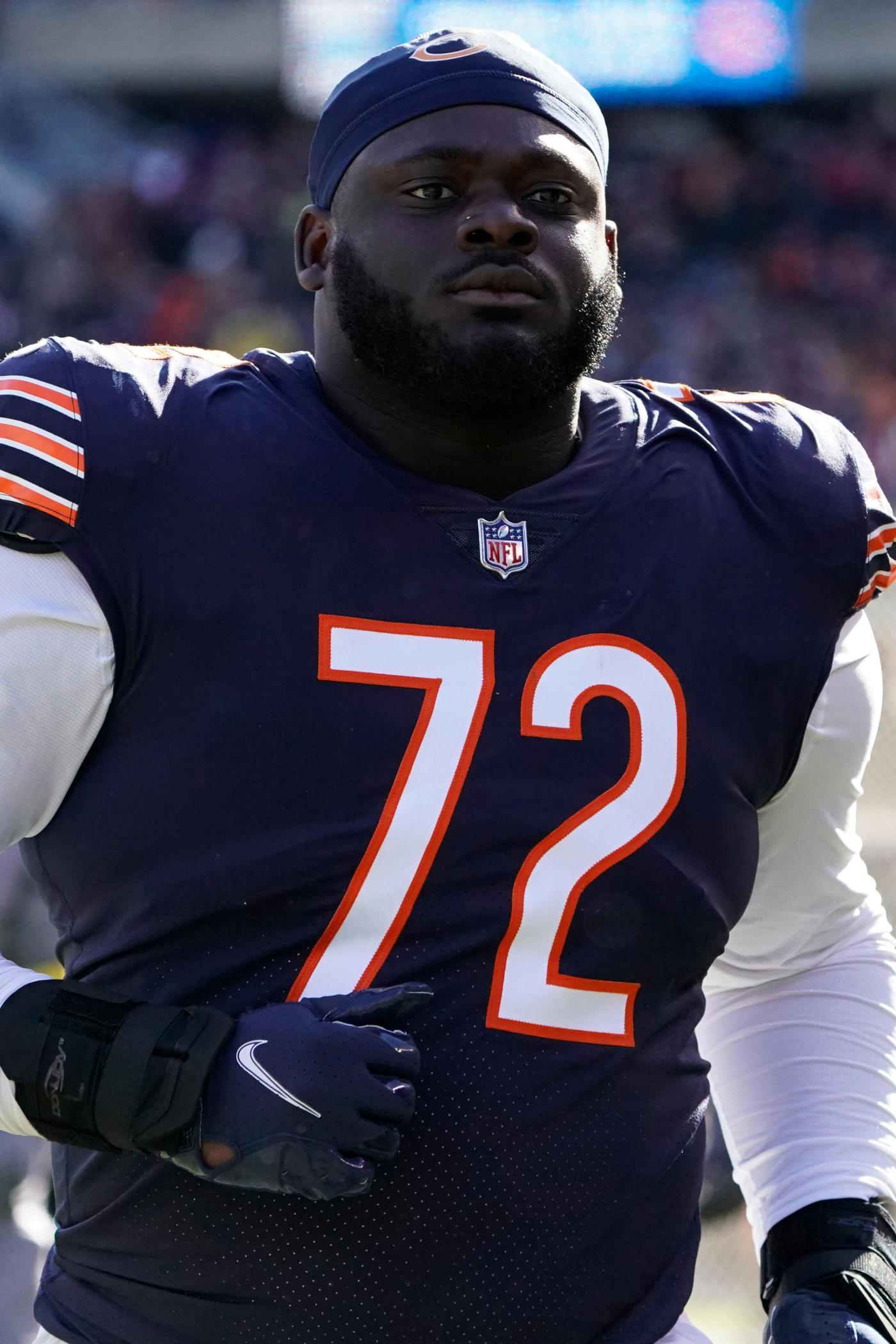 Whether due to injury or not, the Chicago Bears are at a point where they need to evaluate offensive lineman Alex Leatherwood and get an idea of whether he can reduce by one their robust list of offseason needs.

The Bears claimed the 2021 first-round pick of the Las Vegas Raiders off waivers Aug. 31 — not a no-risk investment when you consider they inherited his rookie contract that includes nearly $6 million in guarantees. Of course, if Leatherwood turns into a starter with upside in 2023, it would become a value addition by general manager Ryan Poles.

Leatherwood has yet to appear in a game for the Bears, but his debut could come Sunday at Soldier Field against the Green Bay Packers. The team is sifting through injury issues at a handful of positions, including right tackle, where Riley Reiff and Larry Borom are banged up.

Reiff, who started the last five games, left Sunday’s loss to the New York Jets with what the team announced was a shoulder injury. He did not practice Wednesday and was listed on the injury report with a back issue. Borom, who replaced Reiff and then also was sidelined at MetLife Stadium, missed practice too. He landed on the injury report with ankle and knee injuries.

He has been with the team for three months, minus a stretch on the non-football illness list when he had mononucleosis, and it would be difficult for Poles and the coaching staff to project what he can do next season without seeing him in action.

“We’ll see how the week goes,” coach Matt Eberflus said Wednesday. “I believe that Wood has done a really good job of progressing.”

Eberflus praised offensive line coach Chris Morgan and his assistant Austin King for the work they’ve done rolling with a lot of changes. The Bears have used seven starting lineups on the line, a suboptimal rate of turnover considering how much continuity is emphasized in the trenches.

“Those guys have had a lot of combinations during the course of this year and have functioned at a really high rate in the run game,” Eberflus said. “Getting better in the pass game in terms of the pass pro(tection).

“Leatherwood’s no different. I think he’s going to be right there with ‘em. If he has the opportunity to play, I think he’ll play well.”

Leatherwood, who declined to take questions after practice, started the first four games last season at right tackle for the Raiders. He struggled there and was moved inside to right guard for the remainder of the season.

A physically gifted athlete who has all the tools required to play tackle — he was a left tackle at Alabama — Leatherwood was badly out of position too often for the Raiders. It sounds counterintuitive, but as athletic as he is, he struggled to play in space.

A new front office and coaching staff for the Raiders opted to move on from Leatherwood after efforts to trade him didn’t pan out. The Bears were the only team to place a claim for him, and part of the job for Eberflus and his staff has been working to rebuild Leatherwood’s confidence.

“We’ve seen progress because he’s played inside and outside for us over the last several weeks,” Eberflus said. “We are excited and intrigued to see where it goes because he’s a heck of a athlete at that position.”

With five games remaining, that’s enough time for Leatherwood to log about 300 snaps if he can get in the lineup and remain there. That’s the kind of sample size that would give the Bears a good indication of what they have.