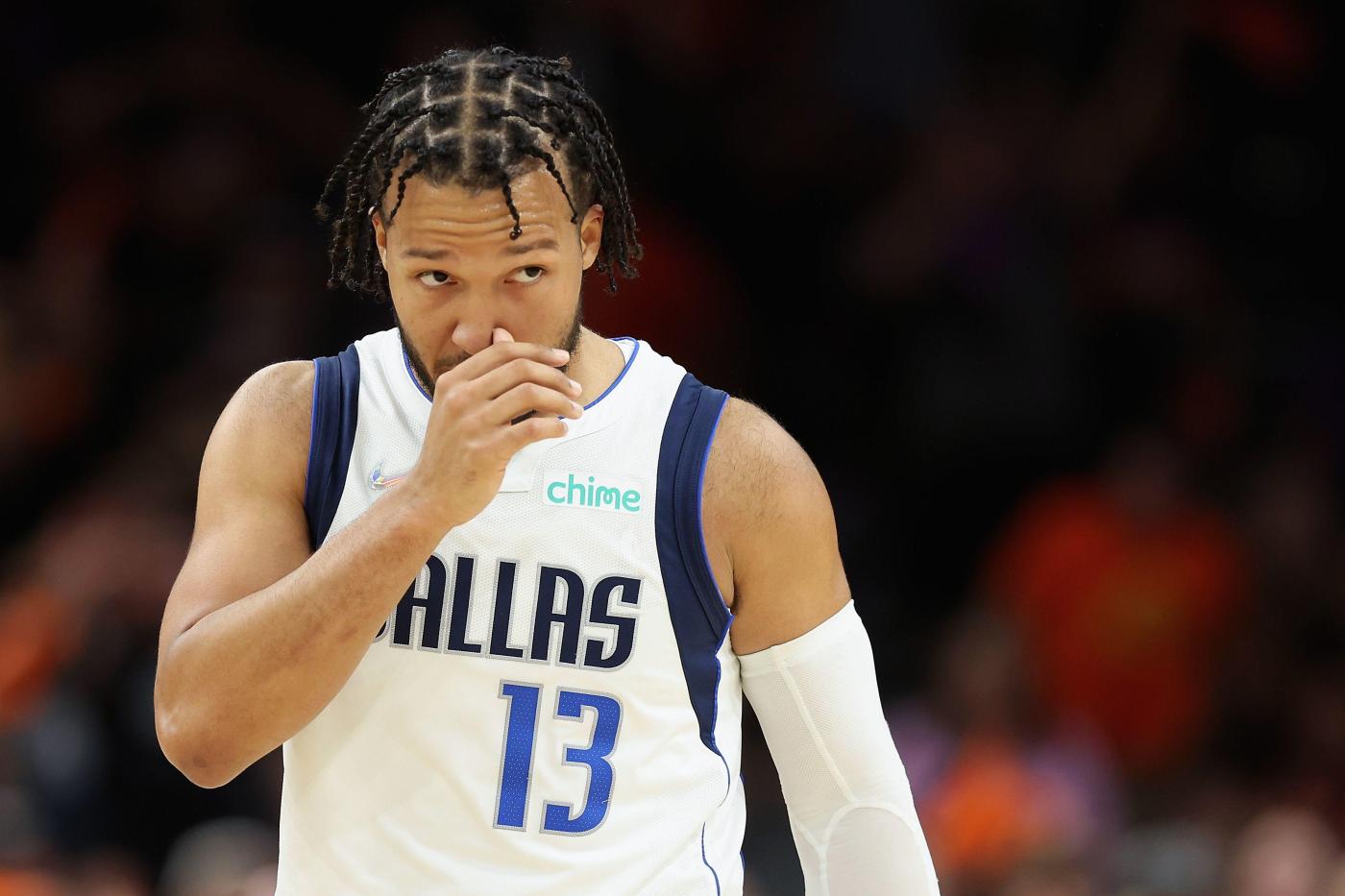 Jalen Brunson, fresh off signing his nine-figure contract, can’t avoid the chatter of being overpaid.

But the Knicks point guard said he also isn’t letting it affect his focus or game.

“I’m definitely not ignorant to it. It’s impossible not to see,” Brunson said on a podcast, the Old Man and the Three, with his former teammate JJ Redick. “So that’s the first thing. I’m honored that I got this opportunity to be in this club to make whatever the number is. But no matter what the number is, nothing changes. Nothing changes for me. I think the day of me agreeing to terms, before I did any of that, I got my work in. Weightlifting, shooting.

The number pushes Brunson’s annual average salary to roughly $26 million over four years, a raise of 1700% from the wages of his previous deal. Although Brunson showed star potential last season – especially during the playoffs – the $104 million contract, with a player option in Year 4, was higher than the market projections for a second-round pick that was a backup for much of his career.

Prior to last season, the Mavericks could’ve locked in Brunson on a four-year, $55 million extension. But they never offered it.

Brunson acknowledged the Knicks money was something he couldn’t contemplate just a summer ago.

“Not at all. It’s something — we were actually just talking about it with my dad, we were on vacation in Jamaica, kind of the same time the year before,” Brunson said. “As soon as we got there, I remember we were talking the last time we were here about signing an extension as soon as we get the opportunity. I said, ‘We basically just doubled that.’”

Brunson was eventually offered the $55 million extension by the Mavericks, but he was in the middle of his breakthrough campaign and bet on himself.

“By then, it was too late,” Brunson said. “The business came knocking at the door. It was time to at least look. I had to do my due diligence and look.”

The process led Brunson to the Knicks, where he has familiar faces in important places. Knicks president Leon Rose and coach Tom Thibodeau are close with the Brunson family, having shared long relationship with Rick. The circumstances of Brunson’s signing set off allegations of tampering, which was bolstered by several reports that a deal was done days before free agency began.

The Knicks have declined to make Brunson available to the local media. But the point guard isn’t hiding from the expectations, which will certainly be higher if the Knicks trade for Donovan Mitchell.

“A target? No. I don’t think a target. But there’s going to be an expectation, for sure,” Brunson said. “I don’t think the target is the right term. But the expectations are definitely going to be there. Knicks fans are die-hard fans. They’re the definition of diehards, for sure. And they’re going to be expecting a lot. Not just from me, but from this team. Just have to go out there and show it.”