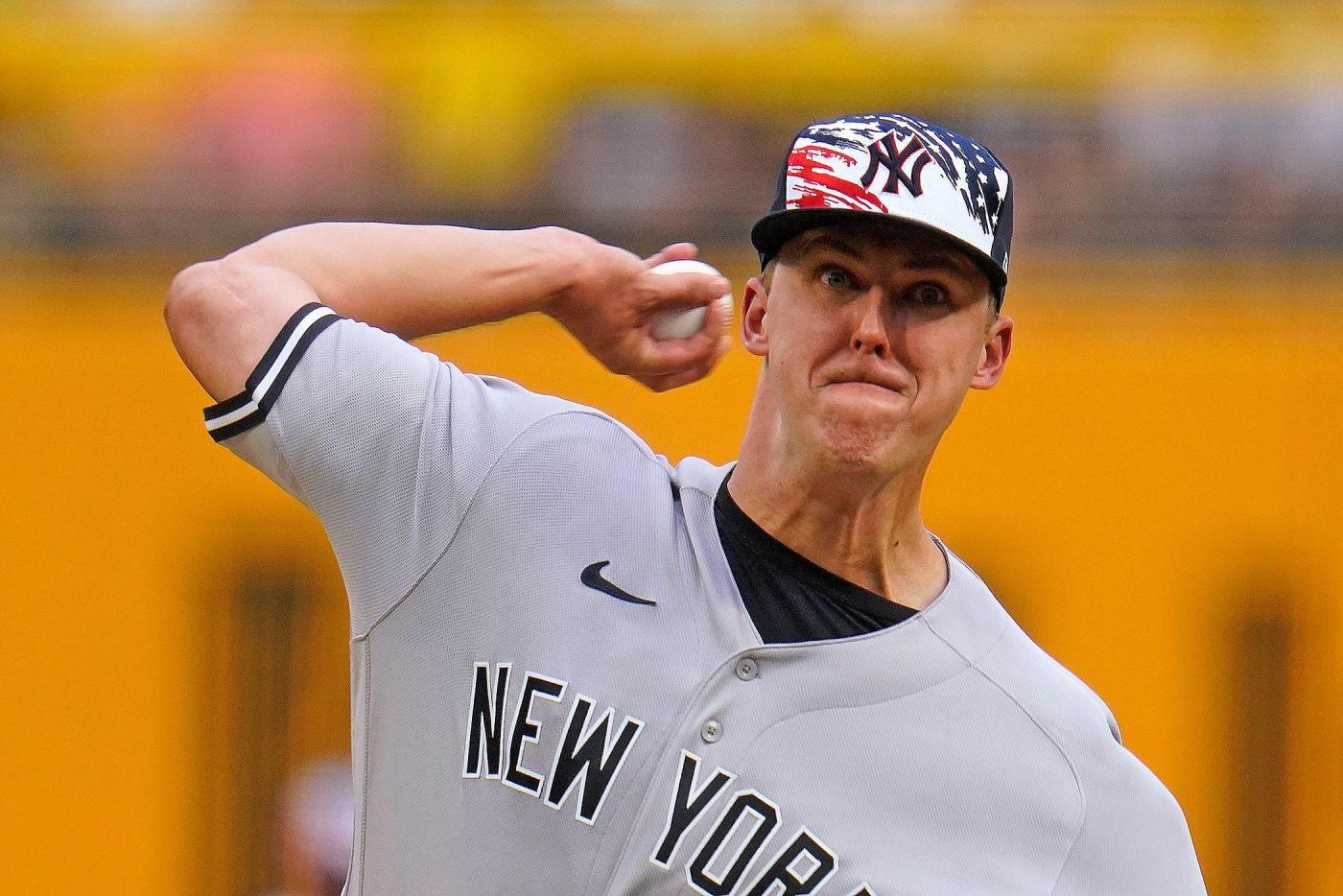 PITTSBURGH — It wasn’t the warmest welcome back. Jameson Taillon was greeted by a nice “Thank You” video on the scoreboard at PNC Park before he threw a pitch against his former team. Then, the Pirates hit him hard. Taillon allowed five runs and the Yankees’ bats went quiet as they fell to Pittsburgh 5-2 in the first of the two-game interleague series.

The Yankees (58-23) have lost two straight for just the sixth time this season, dropping them to 16-6 after a loss. They still hold the best record in baseball, with the Astros the only other team that began the day with over 50 wins, officially halfway through the season.

Taillon went 5.1 innings, allowing five runs on six hits, including two home runs. He did not walk a batter and struck out five. Taillon had just seven swings and misses Tuesday night.

Aaron Boone said there is no way to tell how a player will react to returning to a team that played a significant part in his life. The Pirates took Taillon second overall in the 2010 draft and he spent 10 years in the organization. He was diagnosed with testicular cancer and beat it while in the Pirates’ organization, and he had two Tommy John surgeries while a Pirate. He made his major league debut here at PNC Park just over six years ago — against the Mets. He still has friends here, people who helped him get to this point in his career were across the field.

“It’s always interesting,” Aaron Boone said. “Just speaking from my experience playing against teams that you played for and teammates you played with, in this case the organization that you came up with, established yourself and have strong ties to it, you know, it can be everything from very settling to motivating, to awkward all day. All those kinds of emotions that you gotta deal with it. It’s hard to be a big league player, but I’m sure it certainly means something just beyond the normal start.”

Taillon spent four years in the big leagues with the Pirates, going 29-24 with a 3.67 ERA. He was one of three former Pirates that was engulfed by nostalgia. Gerrit Cole, the Pirates’ overall No.1 pick in 2011, spent 25 minutes reminiscing before the game with local reporters about what it meant to him, and Clay Holmes spoke for 15 minutes about his time here.

“Everyone handles it differently,” Boone said of returning. “It was weird for me. When I went from Cincinnati to New York, I didn’t go back to Cincinnati and then went back with the Indians to play the Reds. So there was a little bit of a time lapse. But it was still, you know, meaningful and emotional to go back to Cincinnati and where you had relationships with so many people so it’s always I think everyone feels a little bit different.”

It wasn’t a storybook return for Taillon.

Cole gave up a leadoff single to Suwinski in the sixth, before getting pulled. Suwinsky scored on an Oneil Cruz sacrifice fly.

It wasn’t just the emotions of returning to his past on Tuesday. Six of the 10 home runs Taillon has allowed this season have come in his last six starts. He’s pitched to 6.16 ERA in those six starts.

He also did not get much support from an offense that has had some droughts lately.

Isiah Kiner-Falefa doubled and scored on Aaron Judge’s single, snapping a 15-inning scoring drought for the Yankees that dated back to the eighth inning of the second game of Saturday’s double-header against the Guardians. Gleyber Torres walked to lead off the eighth and scored on Matt Carpenter’s single.

Veteran lefty Jose Quintana held the Yankees at bay through five innings. He allowed that one run on six hits. He struck out seven.

The Yankees got good work behind Taillon, with 1.2 scoreless for from Lucas Luetge and the first perfect inning from Aroldis Chapman since April 30.