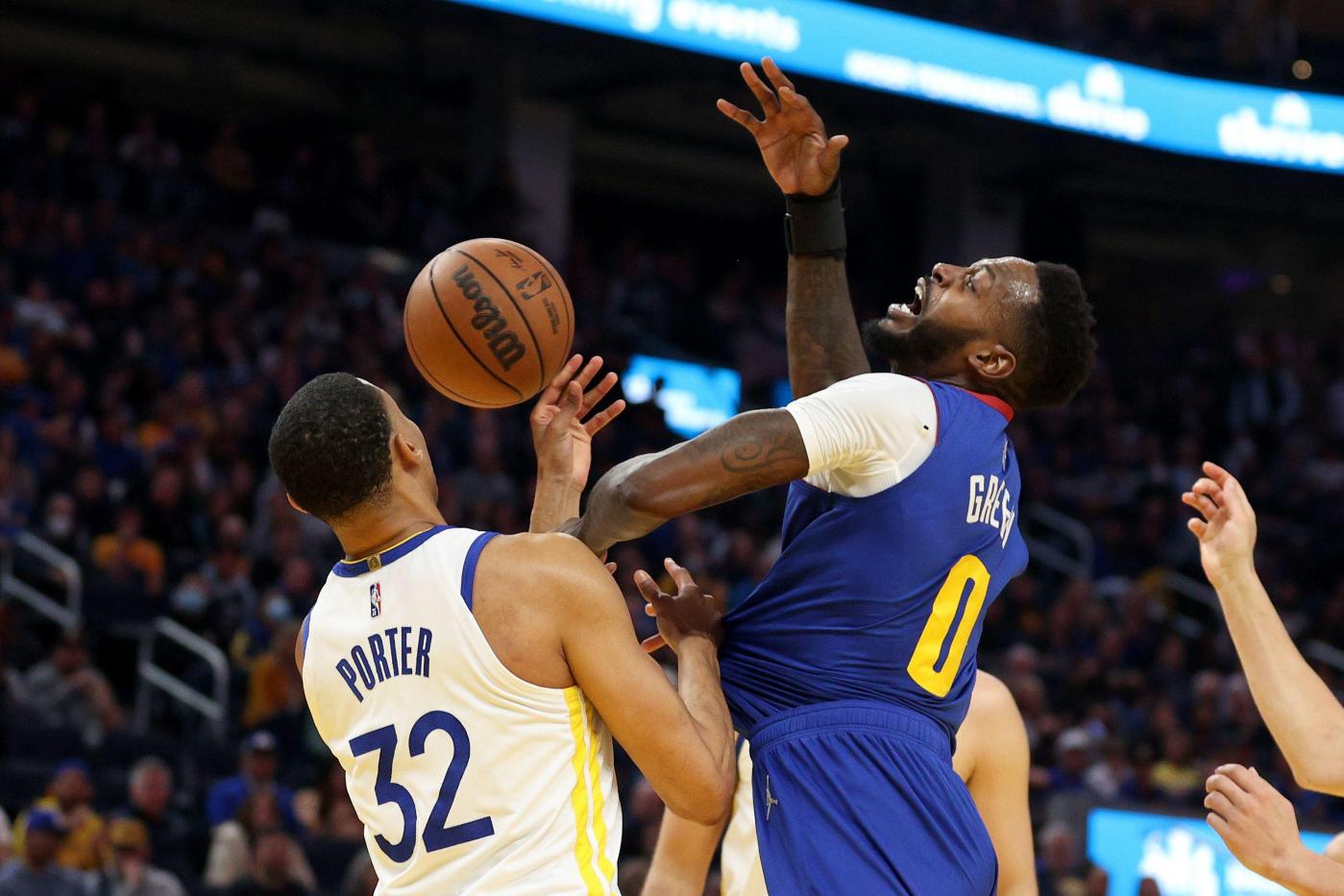 Not the Brooklyn Nets.

It’s the telltale sign of a true championship contender that has a leg up over the rest of the competition: Green negotiated a contract buyout after his trade from the Denver Nuggets to the Oklahoma City Thunder, and now, according to multiple reports, he is expected to join a loaded Warriors team set to protect its throne after winning a championship last season.

That, however, was supposed to be the Nets, a contender angling for dominance, not a pretender looking to shake the moniker. Brooklyn was supposed to be the premier destination for all free agents the moment Kevin Durant and Kyrie Irving signed their contracts with the Nets. Entering Year 4, and the most pivotal offseason possibly in franchise history, the Nets only have three new players to show for their struggles: TJ Warren, who hasn’t played in two seasons due to leg injuries; Edmond Sumner, who did not play at all last season after getting surgery on his ruptured Achilles; and Royce O’Neale, the three-and-D wing the Nets paid a first-round pick to acquire in a trade with the rebuilding Utah Jazz.

Their most splashy free agent signing since the Seven-Eleven Era was signing Patty Mills last summer. Or maybe it was getting a senescent LaMarcus Aldridge midseason two years ago.

Green’s expected decision, in many ways, shows the distance between the Nets and the Warriors, and the other teams jostling to supplant Golden State as NBA top dog. After all, no available free agent fit the Nets’ need more than Green, a versatile defender and above-average three-point shooter who provides the very size and toughness the Nets lacked as they were swept out of the first round of the playoffs last season. Green’s decision is telling: The Nets have a mechanism they can use to sign free agents, but with Durant and Irving’s status in Brooklyn as uncertain as the crypto market, prospective impact players are understandably staying away.

Elsewhere around the Eastern Conference, Brooklyn’s competition is getting stiffer: The 76ers improved with two known role players: PJ Tucker and Danuel House. The Celtics added Danilo Gallinari in free agency and pulled off a substantial trade for veteran point guard Malcolm Brogdon. The Bucks beat the Nets to the punch in signing Joe Ingles, who shares a home country not only with Nets GM Sean Marks but also Patty Mills and Ben Simmons.

And yet here are the Nets: Kevin Durant has requested a trade, Kyrie Irving’s contract situation has created an awkward vibe entering the offseason, and Ben Simmons is coming off back surgery and hasn’t played an NBA game in over a year. The Nets declined to make an offer on Bruce Brown, who signed a modest two-year deal worth around $13M with the Denver Nuggets this offseason. Goran Dragic and Andre Drummond both left for the Chicago Bulls, and Dragic told Slovenian reporters that playing with the Nets was difficult last season because everyone was focused on individual stats instead of team success.

The Nets did retain Patty Mills (two years, $14.5M) and Nic Claxton (two years, $20M) and still have their taxpayer’s mid-level exception left to sign free agents. That exception is worth a maximum of a three-year deal worth $20M and can be split between multiple players. With Claxton the only true, experienced center on the roster (second-year big man Day’Ron Sharpe will be tested this season), you can expect the Nets will likely consider using that exception on a big man, and Hassan Whiteside, DeMarcus Cousins and Tristan Thompson all fit the bill.

Does fitting the bill matter? The fit doesn’t always have to be perfect when you’re a legitimate championship contender. The JaMychal Green fit would have been perfect, and the Nets had both more money and likely more minutes than the Warriors offered.

Instead, Brooklyn is feasting on what’s left: Players with something to prove, because that is what aligns most with the Nets as a franchise. Meanwhile, the Warriors are attracting players like Green, and like Donte DiVincenzo, because the proof is in the pudding. They are who they say they are, and the Nets haven’t been able to match up.