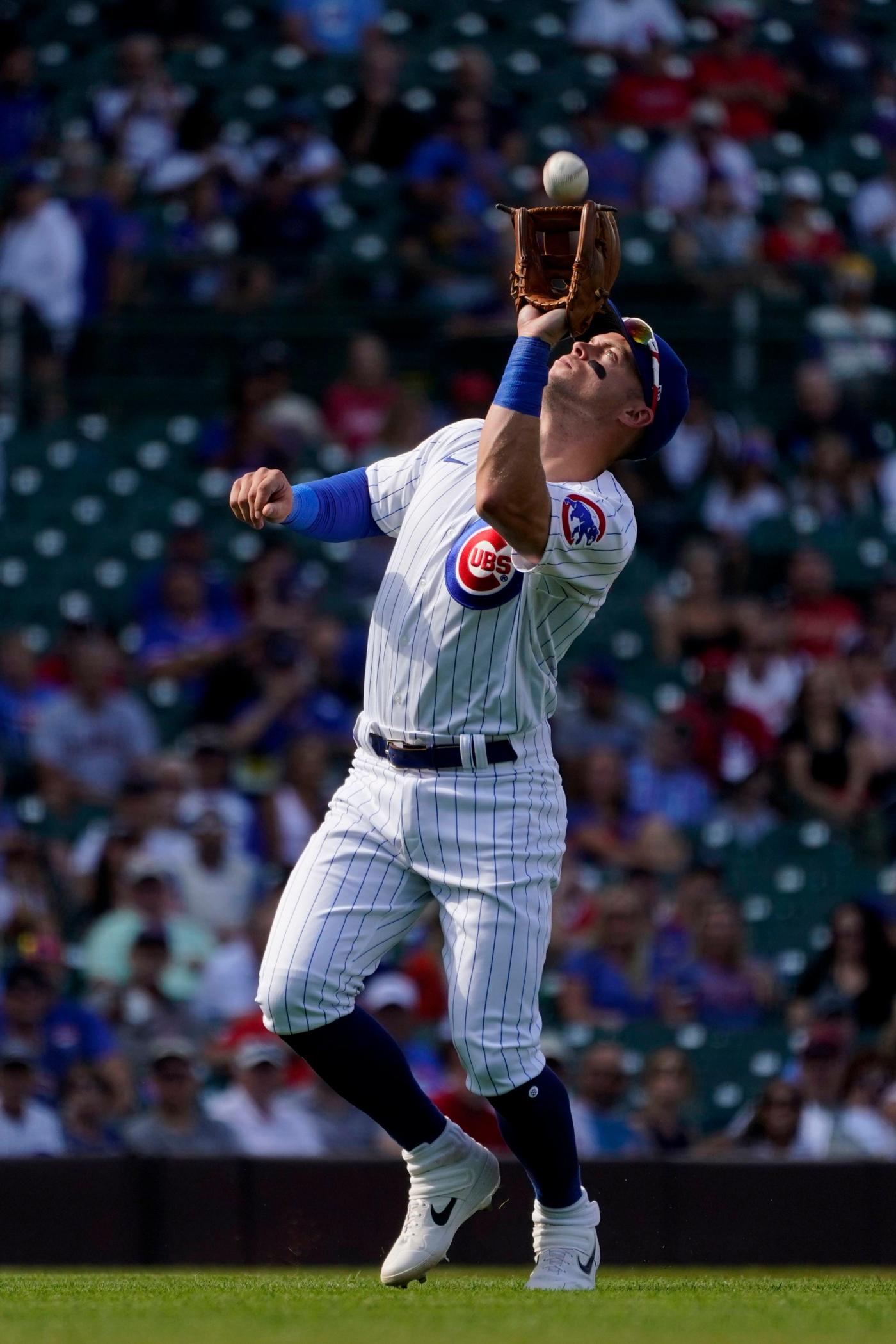 The 2014 season was not a particularly memorable one in Chicago Cubs history.

They were out of contention by the end of April, lost 89 games and finished last in the National League Central, 17 games behind the division-winning St. Louis Cardinals.

But team President Jed Hoyer is hoping the 2022 Cubs can emulate the end to that season, which prefaced one of the greatest turnarounds in franchise history — a 97-win season in ’15 that ended in the NL Championship Series.

Wishful thinking? Or can history repeat itself?

“I’ve thought about that and I’d love to finish strong that way,” Hoyer said Thursday before the Cubs’ 8-3 loss to the Cardinals at Wrigley Field. “I don’t remember our exact record but I remember we were over .500 (28-27) in August and September. Our overall record wasn’t impressive but the last couple of months were impressive.

“It definitely gave us confidence that what we were building on top was starting to be real. We had young players there. I’d love to feel that way.”

Despite the loss and a rough start from Marcus Stroman, the Cubs are 13-8 since Aug. 5, getting strong starting pitching and winning five consecutive series before dropping the rubber match of the five-game set with the first-place Cardinals. They’ll head to Milwaukee on Friday for a three-game series, and then it’s on to Toronto, where Hoyer said he expects three or four players to be placed on the restricted list for not getting a COVID-19 vaccination as required in Canada.

Hoyer said the Cubs have played well “in spite of me trading our bullpen away” at the deadline. After Labor Day they’ll play 22 of their final 28 games against teams with sub-.500 records.

“It’s been really encouraging to watch,” Hoyer said. “We had a really hard schedule before. I think sometimes it’s a strength-of-schedule thing. When you’re losing, sometimes people look at that as an excuse. We struggled against some of the better teams. That’s sort of started to even out here a little bit.”

No one knew at the time that the 2014 ending would lead to the sustained success from 2015-20, which included five playoff appearances and a championship in ’16.

Jake Arrieta began dealing that season after being acquired from the Baltimore Orioles in 2013, going 10-5 with a 2.53 ERA. Kyle Hendricks was called up in July 2014 and quickly established himself as a big part of the future, going 7-2 with a 2.18 ERA in his final 12 starts.

Justin Steele has progressed in his first full season like the 2014 version of Hendricks, compiling a 1.47 ERA over his last nine starts. Keegan Thompson lately has struggled but was 9-5 with a 3.97 ERA before going on the injured list with lower back tightness.

Javier Báez struggled in his debut in 2014 but soon would become one of the vital cogs of the championship core. His counterpart is shortstop Nico Hoerner, who has established himself and shown the leadership skills Anthony Rizzo exhibited.

Hoyer called Steele, Thompson and Hoerner “three guys that have really stepped up and made it clear they are going to be a big part of the future for years to come.”

Of course, the Cubs’ turnaround in 2015 was aided by the offseason signing of free-agent Jon Lester, the call-ups of Kris Bryant and Kyle Schwarber and the addition of manager Joe Maddon, who replaced Rick Renteria and established a winning culture.

It’ll be up to Hoyer to fill in the gaps with some free-agent signings this offseason to try to mold David Ross’s team into a contender. Hoyer said “certainly power is something we’re well aware we’re looking for this winter.”

The Cardinals remain the gold standard of the division, much like when former President Theo Epstein and Hoyer took over after the 2011 season. Hoyer compared it to running the Boston Red Sox in the early 2000s and knowing the New York Yankees had raised the bar.

“As we were building (in 2012), we knew in order to be a really good team and win this division to compete at the highest level, we weren’t going to back into the playoffs,” Hoyer said. “We had to compete with (the Cardinals), and I feel that way now. They’ve got the potential 1-2 in the MVP race at the corners (Paul Goldschmidt and Nolan Arenado) and have a lot of young talent.

“It’s a good challenge for us. I’d rather have it that way and know that we had to keep our standards so high for what it means to win a division. They look really strong now. And like the Yankees and the Cardinals before, I think it is an advantage for us.”

A strong finish this season and some free-agent signings won’t ensure a repeat of 2015 or the end of the rebuild that can’t be called a rebuild. We won’t know if outfield prospect Brennen Davis in 2023 can emulate Bryant’s Rookie of the Year season or if Hoerner or Christopher Morel will take another step forward after their eye-opening seasons.

Everything had to go right for the 2015 Cubs, but Epstein knew the rebuild turned a corner in ’14.

“A lot of people around baseball are aware this place is going to get very interesting for a long time very soon,” Epstein said after that season. “It’s an attractive place to be.”

Selling hope was what Epstein did best.

Hoyer patiently waited for his chance to take over from his mentor and soon will be in position to sell a difference-making free agent such as Aaron Judge, Jacob deGrom or Xander Bogaerts on the charms of playing at Wrigley Field.

But first things first. The Cubs need to show they can sustain their recent stretch of good baseball for the rest of the season.

Then it’s up to Hoyer — and Chairman Tom Ricketts — to bring out the wheelbarrow of money.