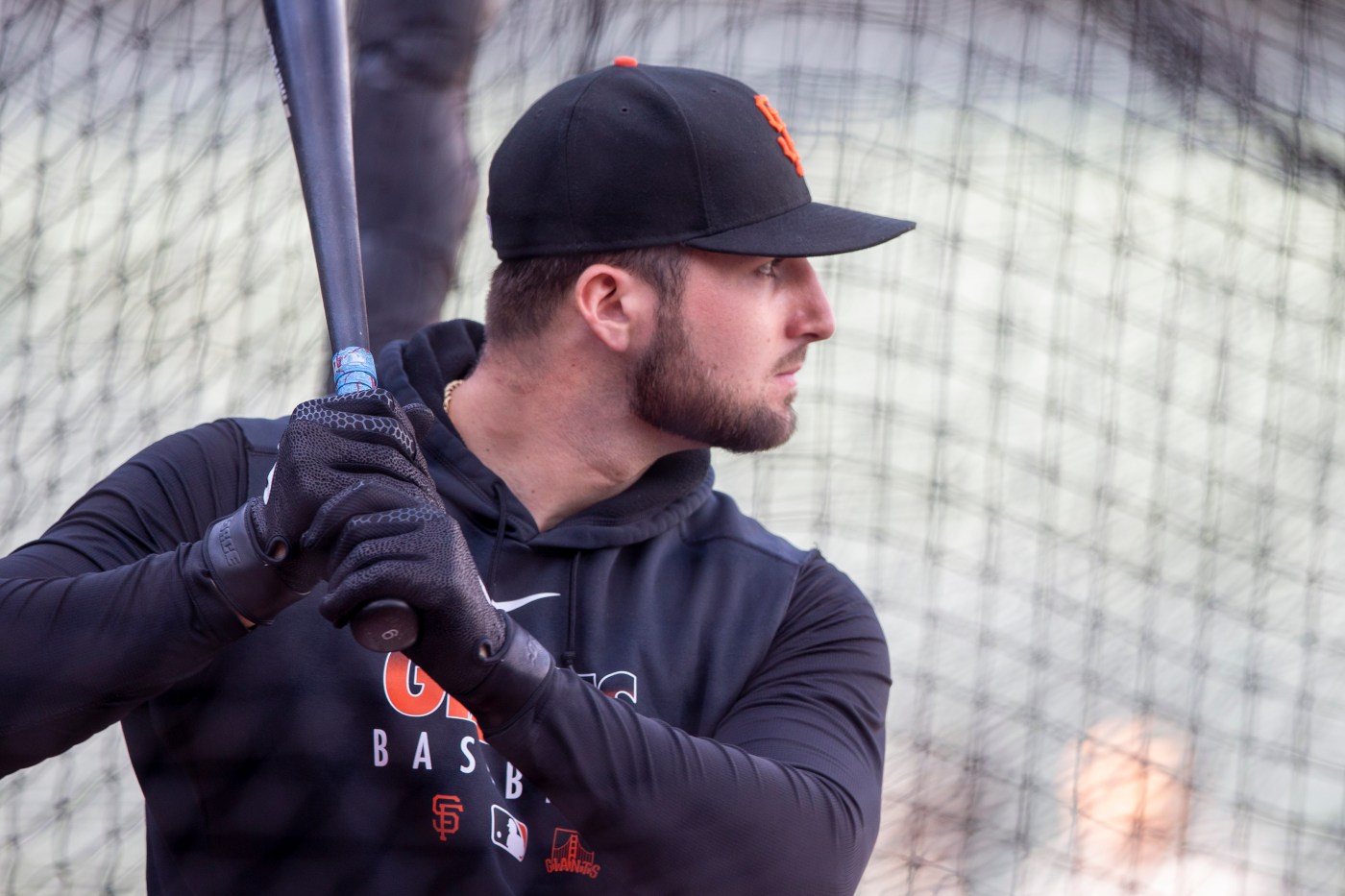 PHOENIX — There was a new but familiar face in the Giants clubhouse here on Tuesday: Joey Bart. When manager Gabe Kapler ran in to the rookie catcher for the first time, he gave him a firm handshake and clapped him on the back with his left hand.

“Welcome back,” Kapler told him.

Even though Bart rejoined the big-league club Tuesday after a shorter-than-anticipated month away, it took another day for him to be activated on to the roster. But on Wednesday, the player the Giants still see as their backstop of the future returned to their lineup for the first time since June 4 — and brought a new swing with him.

Bart, Kapler and just about every other stakeholder is hopeful that simplifying his swing — and getting a mental reset — can help Bart move past the struggles at the plate that made his first stint here to open the season unsustainable.

Bart struck out in a major-league worst 45% of his 108 plate appearances to start this season. Studious observers will notice him setting up lower in the box — mimicking a catcher’s squat — and less auxiliary motion with his hands, after the work he put in with MLB hitting coach Justin Viele and others, including Will Clark.

“Just trying to be as clean as I can toward the ball,” Bart explained. “I’ve always been a guy that hits with rhythm. Basically trying to simplify without taking my rhythm out. It’s kind of like a fine line of grasping that feeling. … Things are starting to feel better.”

Those changes were put on display ahead of schedule out of necessity.

When the Giants demoted Bart last month, they brought in Austin Wynns to take his place and split catching duties with Curt Casali. But Casali landed on the injured list this week with a strained oblique.

“In a perfect world, you don’t make that decision based on injury,” Kapler said. “You make it based on performance. But we don’t live in that world, so here we are.”

With Casali estimated to miss a month or more, Bart should get another extended look alongside Wynns.

Although Bart spent almost three weeks on the River Cats’ roster, he only appeared in seven games. The majority of his work came in the batting cage and the video room. But in 31 plate appearances, Bart hit .286/.355/.393 with six strikeouts — that’s a 19.3% rate — and two walks.

“His schedule, his program was much different for the last few weeks than it was when he was here,” Kapler said. “I think that alone gives him a good chance to come out on the other side feeling better.”

He was on the field in Salt Lake City, where the River Cats were preparing to begin a series, when he heard the news that Casali had been injured. Word made its way to Bart, who was scratched from the lineup. But he stayed with the team until the end of the game — there was nobody else to catch in the bullpen.

Bart was also in Salt Lake City on the two occasions he was called up last season.

“Every time I go to Salt Lake I get pulled out of the game right before it starts,” Bart cracked. “The clubbie even made some funny remarks to me, like I’m not unpacking your bags anytime you come to Salt Lake.”

When Bart left the Giants in the first week of June, they were 28-24 and 6.5 games back in the NL West. They went on to climb as many as 10 games over .500 and come as close as 3.0 games of first place in the division, but Bart comes back to a team that has lost six in a row and 12 of its past 15, falling a season-high 10.5 games back of the Dodgers after their latest loss Tuesday night.

No player wants to be demoted, but did Bart feel the move was ultimately beneficial for his development?

“Right or wrong, I don’t know,” he said. “I know that I got to work on some good things and it has put myself in a better position. … I’m excited, man. I’m ready to compete.

“I know things haven’t been going as well here as people would like, so with (David) Villar being here, with me coming back, with things going on, maybe we can get this ship rolling and get back to winning.”