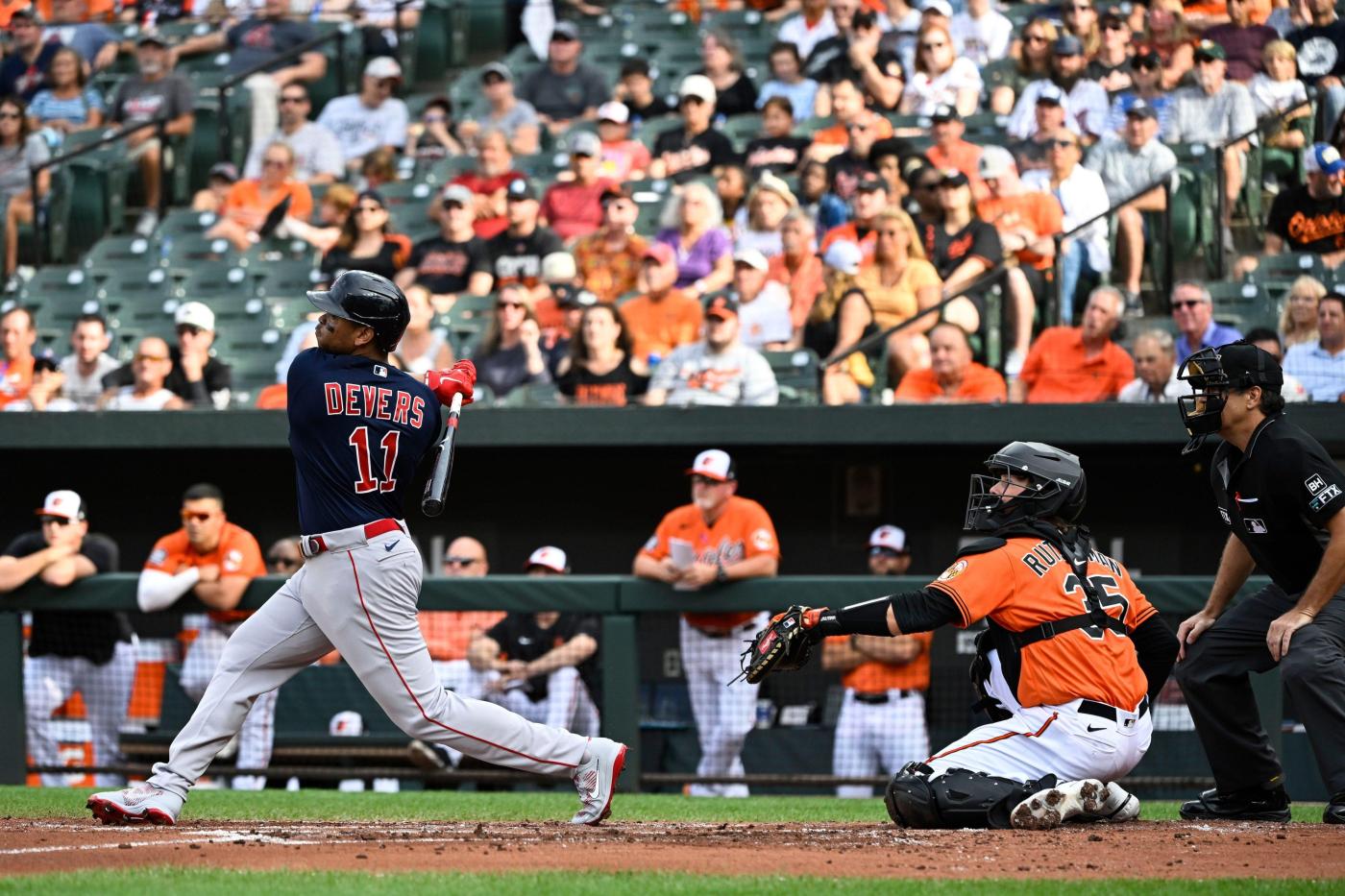 As Jordan Lyles warmed up to pitch in Monday’s doubleheader against the Toronto Blue Jays, it was clear to him and the Orioles’ pitching coaches that the stomach bug he was facing kept him from being himself, and thus the team scrambled to replace him.

Lyles’ efforts to get ready to start Saturday ended with him feeling “OK,” manager Brandon Hyde said, but the effects from the illness seemingly lingered into his worst outing at Camden Yards as an Oriole.

In a 17-4 loss to the Boston Red Sox, Baltimore’s most lopsided of the season, Lyles allowed eight runs, all earned, in 3 2/3 innings. Outfielder Ryan McKenna recorded the last out of the top of the ninth after Yennier Cano, one of the four pitchers the Orioles acquired last month from the Minnesota Twins for All-Star closer Jorge López, ballooned the deficit in his team debut, allowing seven runs in 1 2/3 innings.

“I didn’t have my best stuff,” Lyles said. “I wasn’t good. They got out to an early lead, and that was the ballgame. Unfortunately, we had to use a lot of pitchers after me. But on the opposite end of that spectrum, it only counts for one loss. And we’re gonna try and get a series win tomorrow. Tomorrow, if we win, we take the series, and we won’t think about all the runs we gave up tonight.”

With the loss, the Orioles ensured they won’t gain ground in the American League wild-card race, entering the day four games behind the Seattle Mariners for the third spot.

In his first appearance in 11 days, Lyles, a 31-year-old right-hander, delivered his second-shortest start with Baltimore (73-66) and only his second in 13 outings at Camden Yards in which the team’s innings leader didn’t complete the fifth.

It was apparent early that he was not at his best. As the first three Boston batters reached to load the bases, Lyles managed only one pitch of at least 90 mph, a threshold Baseball Savant had him reaching on more than 88% of his fastballs this year entering Saturday. On an offering just below that mark, Rafael Devers hammered a grand slam to Boston’s bullpen in left-center field.

“It’s just one of those things where he might not have been feeling himself today,” center fielder Cedric Mullins said.

Lyles topped out at 90.4 mph on his 37 first-inning pitches. In his previous start against the AL Central-leading Cleveland Guardians, one that featured 6 2/3 scoreless innings, Lyles threw 37 pitches harder than that.. He followed the grand slam by retiring 10 of the next 12 Red Sox, with a six-pitch third inning mixed in. But back-to-back doubles with one out in the fourth plated a fifth run against him, and when the Red Sox struck for consecutive singles after a flyout, Keegan Akin replaced Lyles and allowed both runners he inherited to score before an out on the bases ended the frame.

“Just didn’t look like he was very sharp,” Hyde said. “Hasn’t been feeling well for a while, and unfortunately, a little rusty there in the first, and the Devers grand slam, kind of a ball in the middle. He was good the next few innings, and then just kind of looked like he ran out of gas a little bit in the fourth.”

The Red Sox recorded three more hits, including a Christian Arroyo home run, off Akin to open the fifth, giving them seven straight hits in a stretch that doubled their run total.

Of Lyles’ 77 pitches, 39 were fastballs, with only four reaching 90 mph. He had thrown at least 65% of his fastballs that hard in each of his previous 27 starts, including 91% in his start against Cleveland. He said his offspeed pitches “weren’t much of anything either.”

“When I’m out there, I don’t care what I’m throwing or how hard I’m throwing,” Lyles said. “I’m trying to get quick outs, trying to get our defense back in the dugout and let them get comfortable, and I hate them standing around in the outfield and the infield for so long, having [catcher] Adley [Rutschman] back there, squatting so long. It was a tick or two down. I’m sure I’ll be able to bounce back in a few days.”

McKenna replaced Cano with the bases loaded and two outs in the ninth, the Orioles’ second pitching appearance by a position player this season. He allowed each inherited runner to score but none of his own in his first professional pitching appearance. Rutschman, as he does with each pitcher at the end of an inning, greeted him with a fist bump near the first-base line after Kevin Plawecki grounded out.

The Orioles’ lineup narrowly caught up to Boston’s first-inning offense. Mullins’ third-inning home run gave him 14, leaving him one shy of becoming only the fourth player since 2012 with consecutive 15-homer, 30-steal seasons. He followed Jorge Mateo’s sacrifice fly in the fifth with a bloop into left to bring home another run.

An eighth-inning popup from McKenna fell in for a two-base error, and he came home on a single by Ryan Mountcastle, shaking some earlier poor luck from the Orioles’ first base. Mountcastle’s first two balls in play were each struck at least 105 mph, with the latter caught on a leaping catch at the wall by center fielder Enrique Hernández. Afterward, Mountcastle stared out toward center, and he shook his head after reaching on a swinging-bunt single in the sixth.

He and Mullins were the only Orioles to record multiple hits.

“We know what’s in front of us, what’s in store, what we’re capable of,” Lyles said. “It was a bad loss, but it only counts for one.”