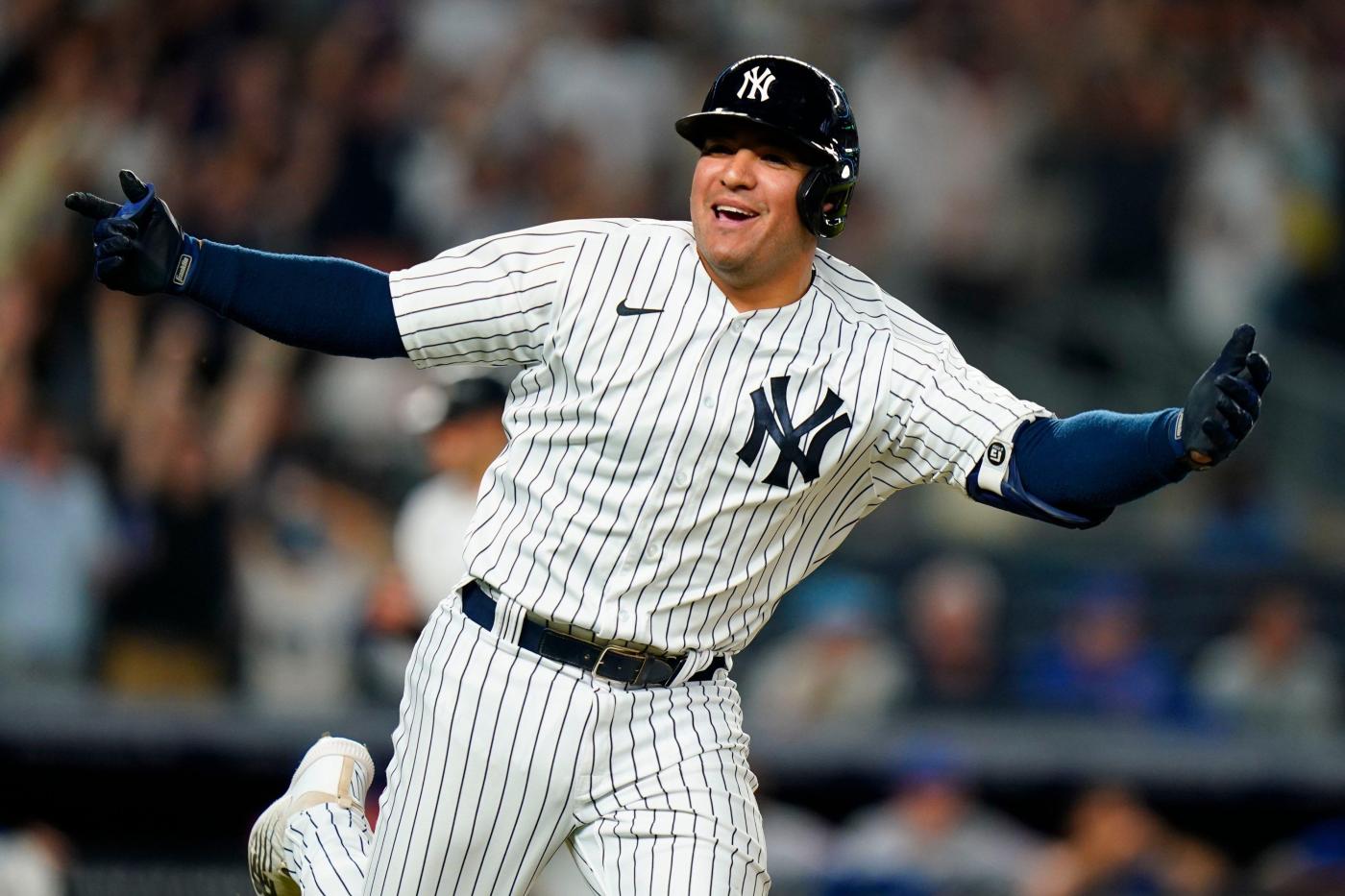 Jose Trevino is making it harder for Aaron Boone to keep him out of the lineup. The catcher who was brought in to platoon with Kyle Higashioka is establishing himself as the Yankees’ best option behind the plate, and at it. Saturday night, Trevino tied a career-high with three hits, including his fifth home run of the season as the Yankees beat up the Cubs 8-0 at the Stadium.

“He certainly has earned being in there, but I love what we have going on with those guys,” Yankees manager Aaron Boone said. “Obviously, we want to get Higgy going a little bit at the plate but Jose certainly earned more opportunities.”

Trevino hit a pinch-hit ‘walk-off’ single in the Yankees’ 13-inning win over the Cubs on Friday night and his offense has been what pitching coach Dillon Lawson called “a huge bonus.” In his last 18 games, Trevino is hitting .440/.472/.800 with five home runs and 15 RBI.

The Yankees pitchers also like pitching to him. They have a .244 ERA and .205 batting average against with Trevino behind the plate.

“He’s been such a critical figure in the room and being a part of that winning culture that I feel like those guys have done a great job of creating, fostering and nurturing and pouring into,” Boone said. “He’s been right in the middle of all that and I think he’s clearly thriving and loves being a part of it.”

Higashioka was always considered a defense-first catcher, but was predicted to hit with power in the big leagues. After hitting 10 home runs last season, Higashioka still does not have one this season. He’s hitting .148/.206/.193 with a .399 OPS and an 18 OPS+.

It’s been a while since the Yankees played a game that long. Friday night, going 13 innings was the longest game in terms of innings the Yankees have played since 2019. MLB instituted the extra-inning rule that puts a runner on second base in 2020 in the hopes of limiting endless games — which seems to have worked.

“With the extra-inning rules you don’t necessarily expect one to go that long,” Boone said.

“We had some opportunities there where I thought we actually put together a good at-bat but just weren’t able to punch through. But, yeah, definitely a little surprising when it goes that way.”

After playing their longest game — in terms of innings — since 2019, Boone was looking to get some veterans off their feet on Saturday. DJ LeMahieu was out of the lineup against the Cubs and Aaron Judge was the designated hitter instead of playing the outfield.

“After 13 innings, I want to give them one of these days,” Boone said. “I’ll probably have [Josh] Donaldson sit down tomorrow.”

The Yankees have leaned heavily on their bullpen the last few days with short starts from Nestor Cortes and Gerrit Cole and then Friday night’s 13-inning game. Jordan Montgomery gave them a good rest on Saturday going seven innings and Ron Marinaccio and Lucas Luetge finished it off.

“We’re taxed,” Boone said. “We’ll have to figure out a way to get through.”

This isn’t the first time the bullpen has had to carry the Yankees and it won’t be the last. It’s days like this that Boone was thinking about when his starters were rolling through the rotation giving him seven innings a start.

“Especially that first month we leaned on the bullpen a lot. And then it was the starters carrying us ever since. So, you go through stretches. And we’ve talked about before when the starters were in such a good run that a couple of guys weren’t getting a lot of regular work. ‘Well, are we concerned about that?’ It’s like, no, there’s going to be plenty of times in the course of the season where we’re going to need to give them a blow,” Boone said. “So you try to take those little pockets of the season, the ebbs and flows, and hopefully use them to your advantage.

“But I think as we sit here now [and] take a look at the staff as a whole, obviously [the bullpen has] been a strength.”

Right-handed reliever Jonathan Loaisiga, who has been on the injured list since May 25 with shoulder inflammation, should begin to throw this week. He had been sidetracked in his rehab by a family emergency that required him to return to Nicaragua.

“He is back and he should be in here tomorrow,” Boone said.

Aroldis Chapman, who has been on the IL since May 24 with an Achilles injury, threw a bullpen on Saturday.