Julia Haart could own nearly half of her billionaire ex’s $1.1billion company, judge says

Haart, 51, broke away from an ‘ultra-orthodox’ Jewish community in 2013 and made a popular Netflix documentary about it: My Unorthodox Life. She married Swiss former billionaire Scaglia in 2019.

She is now suing him in New York for allegedly defrauding her out of half of their company, valued between $700 million and $1.1 billion last year, amid a fraught divorce.

She also launched a lawsuit against him in Delaware, where their company is registered.

On Thursday a judge in the Delaware case issued a ruling highlighting documents showing an apparent share transfer from Scaglia to Haart of almost half the company.

But after the alleged transfer Scaglia still had a controlling interest by the slimmest of margins: 50.0004043 percent to her 49.9995957 percent.

Haart’s lawyers say the documents show she owns almost half the company, while Scaglia’s say the transfer was invalid and still claim she owns less than 0.01%.

The battle between the couple is set to still rage on — as in her ruling, vice chancellor Morgan Zurn didn’t give a final decision whether the purported share transfer really went through.

The ruling is the latest bombshell to drop in the bitter battle between the former couple over their modeling and media company and other assets. 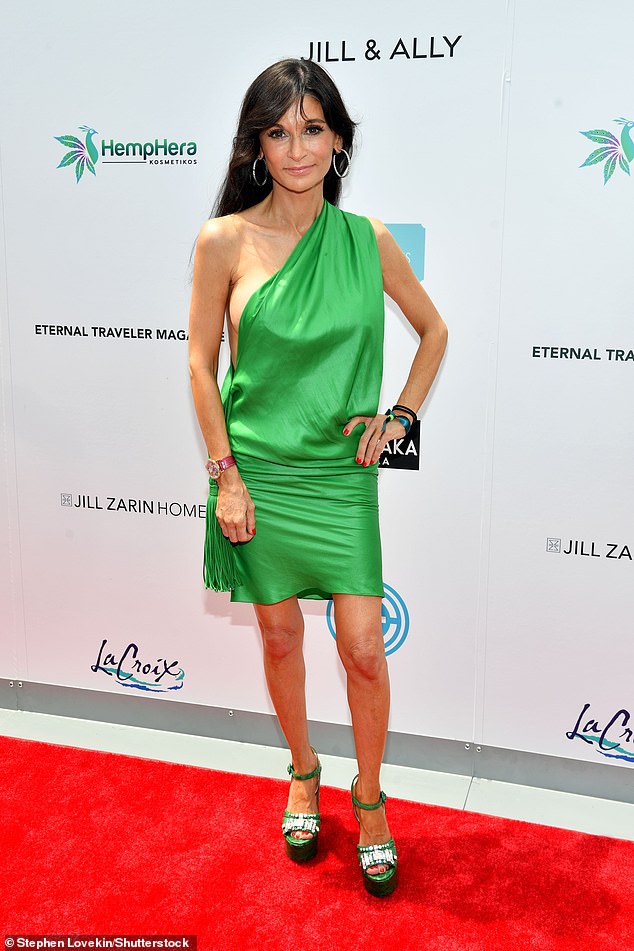 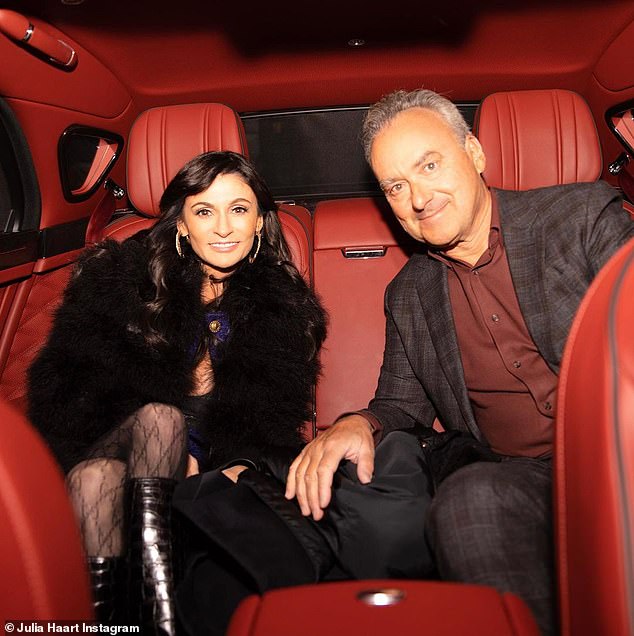 Haart (left) is suing estranged husband Silvio Scaglia (right), claiming he defrauded her out of half of their modeling agency business

Haart argued that Scaglia gave her half of their firm Elite World Group (EWG), but then allegedly looted its accounts, fired her as CEO, and behaved as if he had control, she claims.

In the memorandum opinion, Delaware court vice chancellor Morgan Zurn wrote that Scaglia texted company accountant Jeffrey Feinman on May 28 2020 that the couple were ‘now ready to finalize our wills and the transfer of the remaining 50 percent of the Freedom Holding shares tuo [sic] Julia.’

Freedom Holding is the company that owns EWG.

But she added in a footnote that the transfer may not have been valid, and didn’t give a final decision on whether the shares now in fact belong to Haart.

‘The Stock Power, by its own terms, does not transfer half of Scaglia’s 123,665 preferred shares,’ the judge wrote.

‘Rather, it transfers one half share less than half, or 49.9995957 percent, of those preferred shares. Assuming the Stock Power was effective, Scaglia continued to hold the bare majority—50.0004043 percent—of Freedom’s preferred shares. Both Scaglia and Feinman testified this structure was intentional.

‘Scaglia protests that the witness line on this document was not signed and that Haart has not introduced proof that the shares were actually delivered,’ Zurn added in a footnote. ‘In this summary proceeding, I do not reach whether the Stock Power actually transferred the shares to Haart.’ 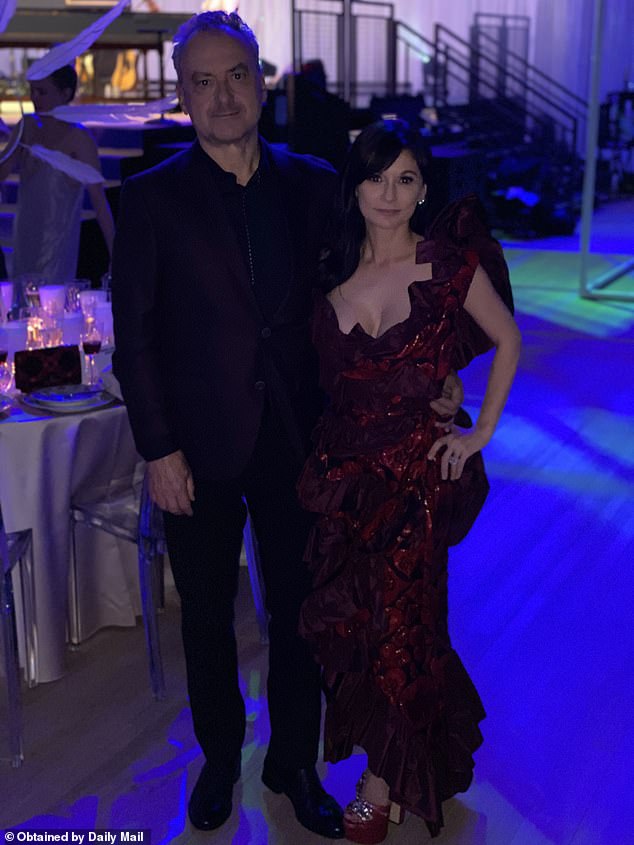 Haart was fired as CEO of Elite World Group in February, hours before she filed for divorce from her estranged husband after nearly three years of marriage 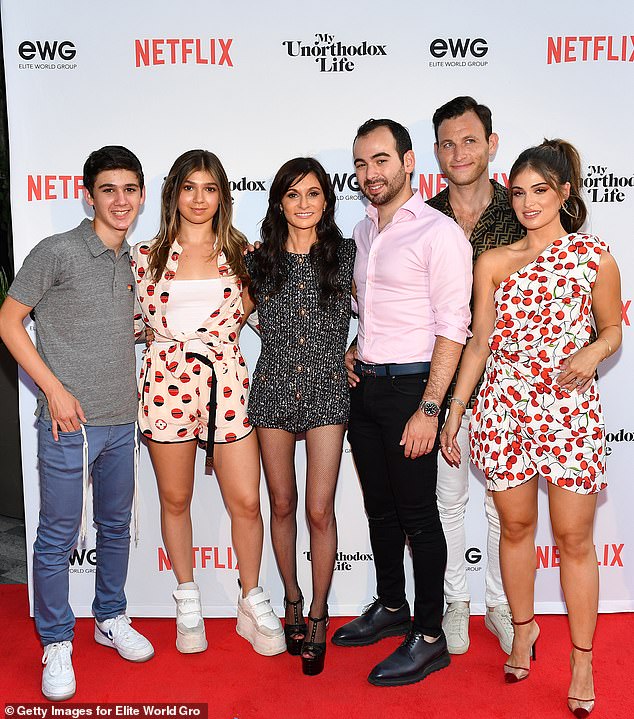 Haart, 51, broke away from an ‘ultra-orthodox’ Jewish community in 2013 and made a popular Netflix documentary series about it: My Unorthodox Life. She is pictured at the premiere of the show with (from left to right) son Aron Hendler, daughter Miriam, son Shlomo Hendler, son-in-law Ben Weinstein and eldest daughter Batsheva

Zurn wrote that despite the share disparity, Scaglia told investment bank Jefferies Group who was trying to take EWG public, that Haart was ‘equal co-owner with me’ and ‘Julia and I own an equal share of EWG through own [sic] common holding company’.

But Zurn ruled that because Scaglia owned more than half the shares in the parent company, his removal of Haart from the board and firing her as CEO was legitimate.

‘This decision determines nothing other than that, at worst, Scaglia owns just one preferred share more than Ms. Haart,’ Milito said.

‘The court’s decision is a tour de force examination of the many years of Scaglia’s statements and documents confirming to Ms. Haart and to the world at large that she was a full fifty-percent owner.

‘Ms. Haart disagrees with the ultimate decision and will appeal it. But in the event it stands, it will be the final piece of evidence proving Scaglia’s fraud against his wife, fraud for which Ms. Haart is already seeking redress in New York State Supreme Court.’

Bicks pointed to criticism of Haart in the Delaware ruling, which said she ‘attempted to pressure’ the company’s accountant into ‘falsely stating Scaglia intended to transfer her fifty percent.’ 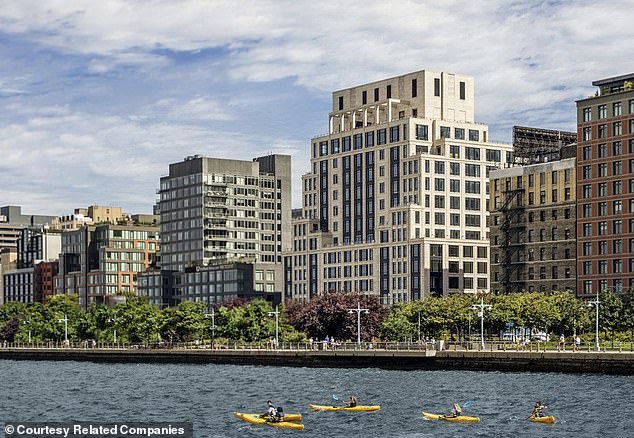 The Netflix star also claims Scaglia tried to mortgage their $65million Tribeca penthouse, which overlooks the Hudson River, for $40million to prop up his allegedly ailing companies 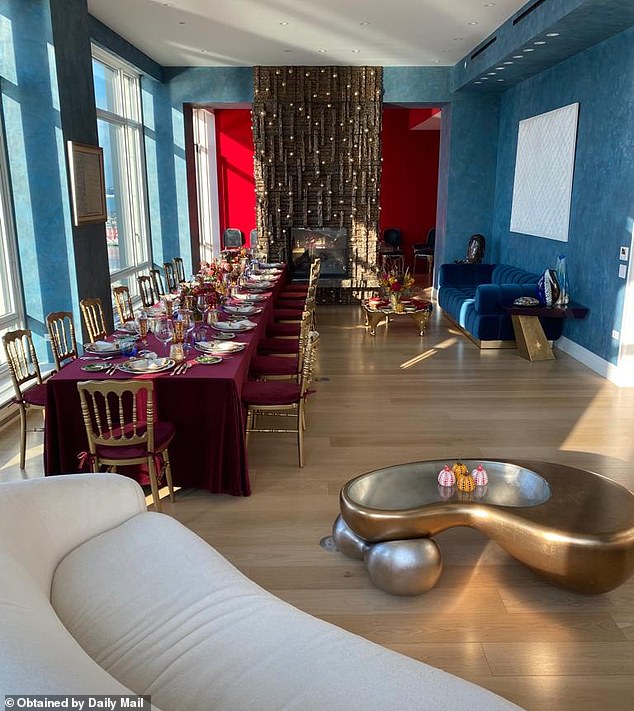 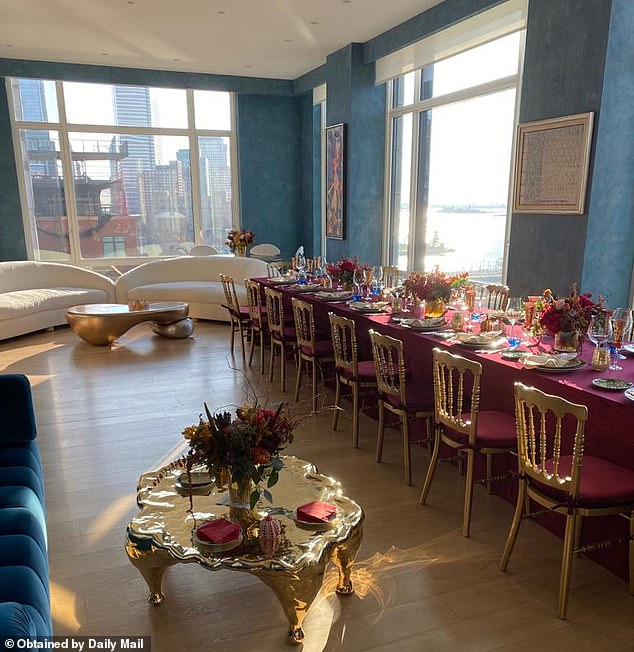 Photos obtained by DailyMail.com show the inside of their $65million New York penthouse apartment, decked out for a 2021 Thanksgiving dinner party, as well as the former EWG CEO working at the modeling firm’s office

Last month DailyMail.com revealed emails, texts and photos that laid bare the split couple’s lavish life, including a $65 million New York City penthouse, his and hers $340,000 Bentleys, and a $53,000 private flight to Mexico.

In her New York lawsuit, Haart claims Scaglia tried to mortgage their $65million Tribeca penthouse for $40million to prop up his allegedly ailing companies.

She also accuses him of using company funds for personal expenses, such as a $53,000 private flight to Mexico in October 2021, claimed as a business trip.

An email from July 2020 also shows Scaglia allegedly asking EWG’s CFO to ‘take care of’ a $14,000 bill for ‘household staffing’.

Haart even claimed her estranged husband filed a false police report against her, claiming Haart had stolen her own Bentley from EWG.

The couple each had their own models of the Bentley Mulsanne, with MSRPs that started around $340,000.

Scaglia’s attorney, Davis, previously told DailyMail.com that Haart was trying to ‘mislead the media’ in her lawsuit. 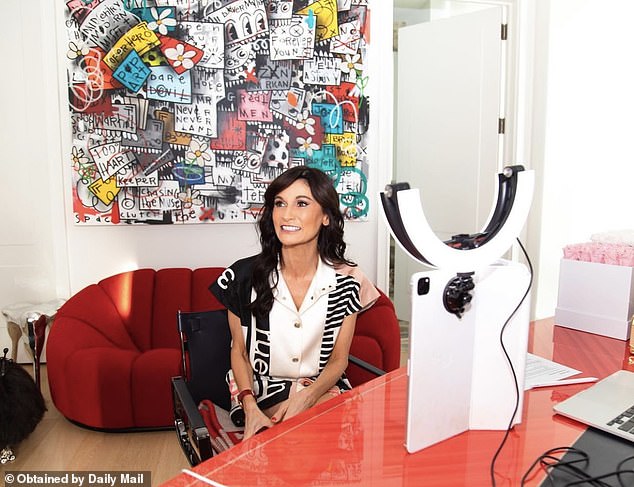 Haart working at her penthouse. The luxury apartment boasts five bedrooms and six and a half bathrooms

He said her New York lawsuit was ‘similar to claims that she made in a Delaware court.’

‘After a full trial, the court ruled in April against her on all counts – ie, that she does not own 50 percent of the parent company or any of the companies that are owned and controlled by Mr. Scaglia,’ Davis said.

‘Moreover, her own testimony and documents in that trial proved she knew before she filed the case that she did not own 50 percent of Mr. Scaglia’s parent company assets.

‘She forgot to include that fact in this latest lawsuit. She apparently thinks she can mislead the media. Again. She can’t.

‘Ms. Haart has touted in her book her mantra, ‘Fake it till you make it,” added Davis added. ‘By her latest lawsuit filing, she proves she believes this works in a court of law. It does not.

‘Maybe it is time for Ms. Haart to stop lying in court and to the media about Mr. Scalia and his companies and start accepting facts and the truth.’