Jurrion Dickey eligible for Menlo-Atherton, lines up for opening kick 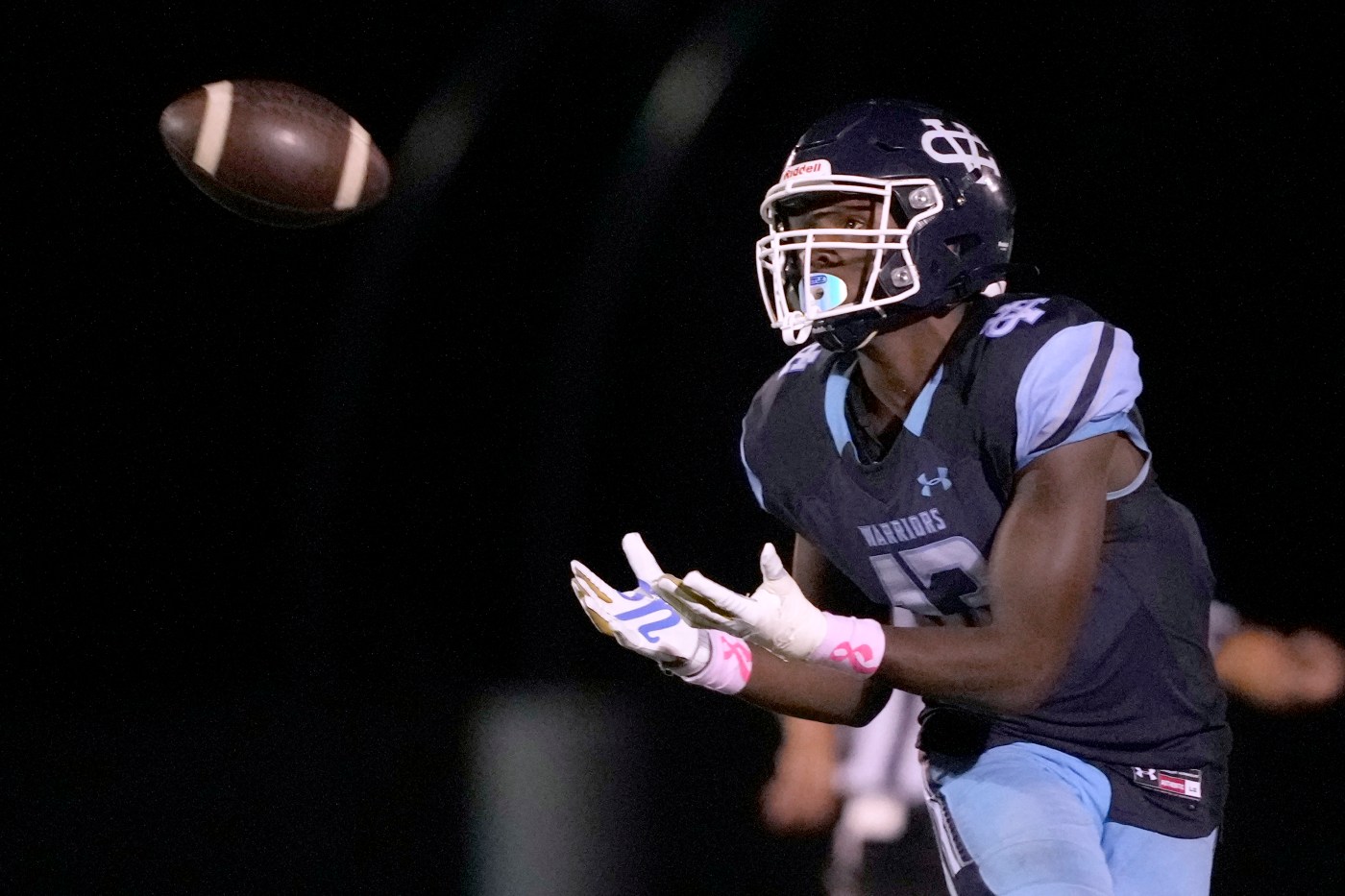 He returned the opening kickoff in the season opener Saturday and recovered an early fumble to prevent a turnover.

Dickey, a five-star Oregon commit, transferred from Valley Christian for his senior year and enrolled at M-A just as fall practice was starting.

M-A received a decision from the Central Coast Section this week but wouldn’t provide specifics about the ruling.

Even before kickoff on Saturday, as Dickey warmed up in uniform, Menlo-Atherton athletic director Paul Snow declined to comment on whether or not Dickey would play.

Dickey was seen in pads on the sidelines during the JV game.

It was unclear whether Dickey was going to have to sit out a month because of Central Coast Section transfer rules.

Clearly, the transfer paperwork M-A submitted to CCS was strong enough for Dickey to get the green light to play.