Just One Dose of Psilocybin Helps to Reduce Depression Symptoms A multicenter clinical study has revealed that just one 25mg dose of psilocybin, together with psychological support, significantly reduced depression symptoms in individuals who had depression that was treatment-resistant.

The study looked at the change from baseline depression severity, as assessed by making use of the Montgomery-Åsberg Depression Rating Scale, in individuals with depression that was treatment-resistant over 12 weeks after receiving a single dose of psilocybin together with psychological support.

Greater depression score reductions were reported by participants 3 weeks after a single 25 mg dose of psilocybin was administered in comparison to individuals who took the smallest 1 mg dose.

Some negative effects, which included fatigue, dizziness, nausea, headaches, and suicidal thoughts, were reported in all dosage groups. The study was carried out in 10 countries throughout North America and Europe.

233 individuals with depression that was treatment-resistant were randomly allocated to receive a single dose of COMP360 psilocybin of 25 mg, 10 mg, or 1 mg, together with psychological support; with the control group being the group receiving the 1 mg dose.  Neither the researchers nor the participants were aware of which dose each individual had received.

While many individuals with mental health issues improve with treatments that are already available, a subgroup doesn’t even though various types of treatment are tried. This is often known as treatment resistance.  This can result in various other issues that severely impact sufferers and others around them.

This study showed that depression symptoms improved with just one 25 mg dose of psilocybin compared to a 1 mg control dose.

The COMP360 psilocybin treatment study delivered positive results in a group of individuals that is especially difficult to treat, and the largest psilocybin dose had the greatest effect on depression symptoms.

All individuals were evaluated on depression symptom severity the day before the psilocybin was given, and follow-up evaluations were carried out on day 1, and weeks 1, 3, 6, 9, and 12.

Individuals were given psilocybin in specialized rooms created to give a nonclinical atmosphere of calm. The psychedelic effects persisted between 6 and 8 hours during which time psychological support was provided by an experienced therapist.

All therapists had undergone a thorough training program created for the study. The participants could return home after the psychedelic effects had fully worn off.

Intentional self-injury and suicidal ideation were observed in all dosage groups, which is common in studies of depression that’s treatment-resistant. The majority of cases happened more than a week following the psilocybin treatment.

Suicidal ideation scores on the MADRS scale did not worsen in any dose group. 3 non-responders in the 25mg group reported suicidal behaviors at least one month after the administration of psilocybin. 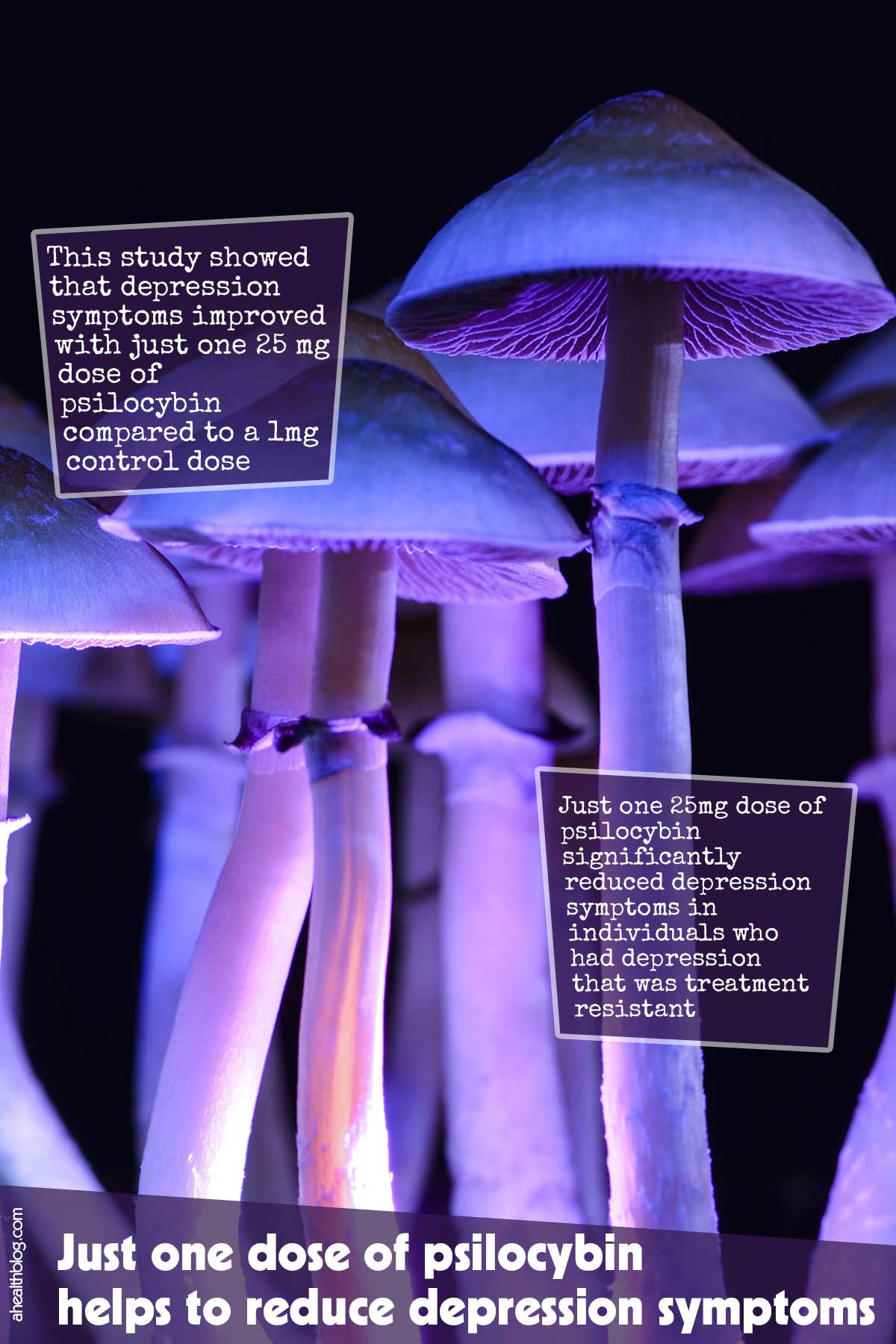 Image by Michael M from Pixabay

Blood Glucose Levels Are Not Negatively Affected by Potato Consumption