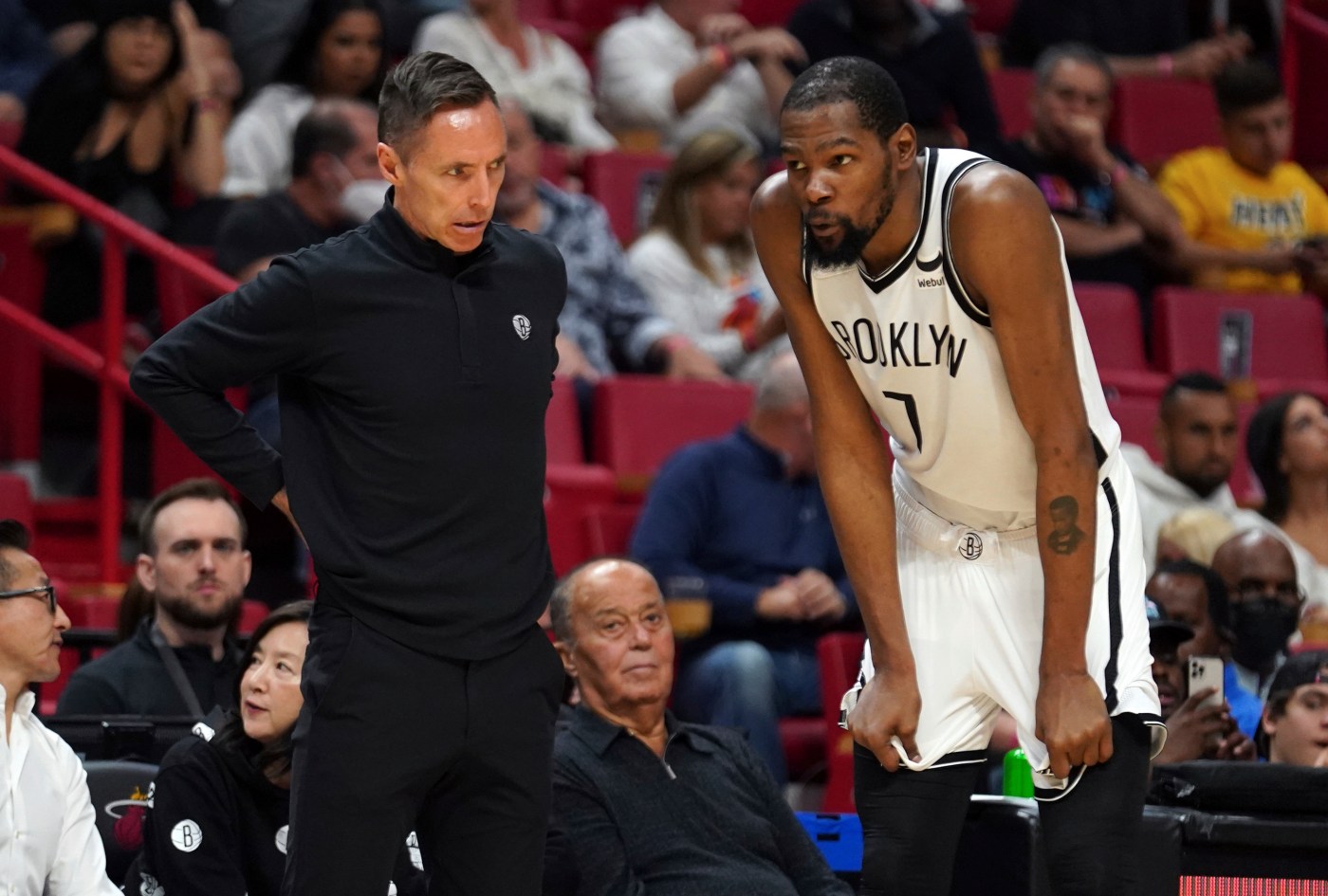 Kevin Durant wants out of Brooklyn, or at least he wants a fresh start.

That was the message he reportedly delivered to Nets owner Joe Tsai in a weekend meeting in London, according to The Athletic’s Shams Charania.

Durant has amended his late-June trade request to include the possibility that he’d consider staying with the Nets if general manager Sean Marks and head coach Steve Nash are fired, Charania reported Monday.

If you’ll recall, Durant and Kyrie Irving were reported to be strong voices in the Nets’ ouster of former head coach Kenny Atkinson midway through their first year in Brooklyn, even as they played a combined 20 games that season while Durant recovered from a torn Achilles.

Nash, a former star teammate of Marks in Phoenix, appeared to be a hire endorsed by Durant, given their relationship that extends back to the end of Nash’s playing career. That was before Nash, as a Warriors special adviser, helped Durant come to the decision to leave Oklahoma City for Golden State in 2016. (Tim Kawakami delved deep into that phone call and the relationship for this publication.)

But things in Brooklyn have not gone according to plan, from Irving’s irregular availability (for one reason or another) to the failed trade for James Harden, which gutted the team’s depth behind Durant and Irving only for Harden to decrease in value before he requested and was granted his own trade.

It’s hard to find an appropriate trade partner in a Durant deal, because any team must have enough:

1. Assets to compensate Brooklyn for one of the greatest scorers of all time, on a four-year contract;

2. Core players left after a trade to meet Durant’s desire to compete for a title;

3. Faith that Durant will report to the team and won’t ask out if there is a rough stretch.

Reading the tea leaves, Durant’s concession that he’d stay if the Marks-Nash duo were gone may indicate just how tough it’s been for the Nets to find an agreeable deal. That search became harder after the Suns (reportedly Durant’s preferred destination) lost the ability to sign-and-trade Deandre Ayton when Ayton signed an offer sheet with the Pacers.

Or perhaps it could be a sign that Durant doesn’t think the current regime is working hard enough to find a partner to get him out of town, and a new general manager might be more likely to get the job done.

Whatever the case, Durant has gone from trusting Nash to help him make the biggest decision in his career to requesting Nash (and Marks) be fired. It’s clear something has soured in the relationship since the days when they would work out after Warriors practice sessions.