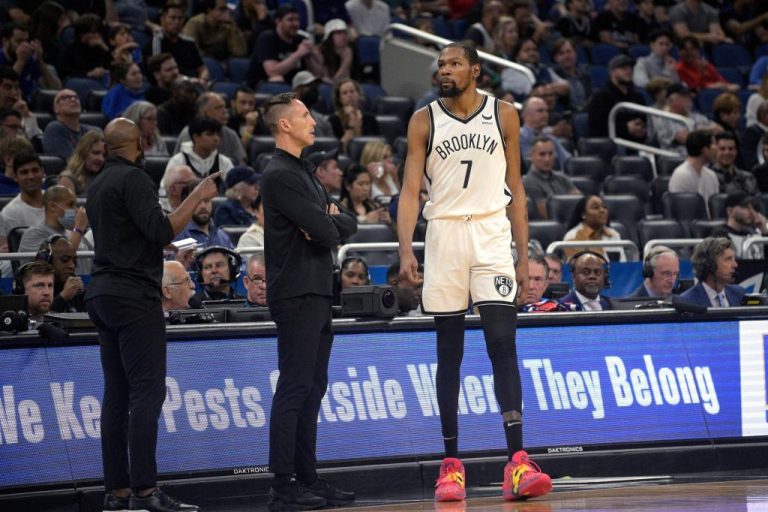 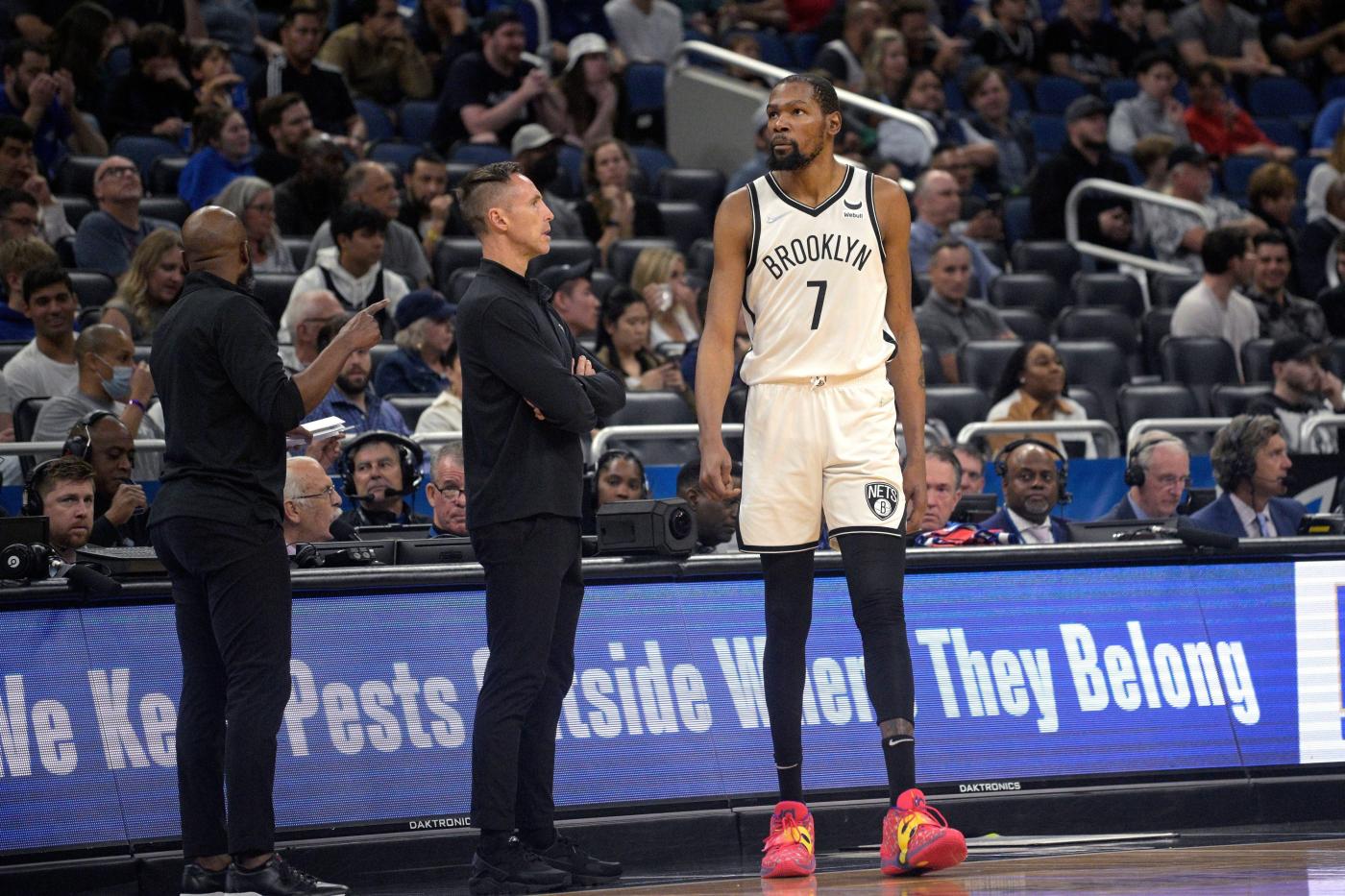 It can’t be a good feeling as an organization when your best player — who happens to be one of the best basketball players in the sport’s history — asks for a trade because he doesn’t believe in the direction of the team.

It has to be an even worse feeling when that player demands both the general manager and head coach are fired if his trade request isn’t fulfilled.

Yet the Nets are somehow in better shape after the trade request than they would have been had it never happened. They never ultimately traded Durant because of the lack of offers that met the asking price, but superstar’s demand alone forced the Nets to look in the mirror.

It forced Nets general manager Sean Marks and head coach Steve Nash to reflect on things that hadn’t gone right in yet another season with championship expectations that came crashing down far too early.

This time in an embarrassing first-round sweep.

“[Rather than hold a grudge against Kevin, it’s better] to say, ‘alright, if that’s the way he feels, what’s going on here? What do we need to change? Is it personnel driven? Is it logistics? Processes? What is it?’” Marks said during his joint press conference with Nash to conclude Monday’s Media Day availability. “What can we do to get back to that? I totally understand his frustration. I don’t know if there was anybody more frustrated than the two of us [Marks and Nash]. We’re all-in on this. We all know what’s at stake here, what our ultimate goal is.”

Durant kicked off Media Day with his reasoning for requesting a trade: He believed there was a lack of accountability at all levels and that the Nets lacked the culture-driving characteristics he enjoyed while winning back-to-back championships with the Golden State Warriors.

As a result of his period of reflection, Marks said proper communication and establishing an identity are areas that can help the team make up championship ground.

“The biggest proof is, to me, how the guys come out here and play, how they perform,” Marks said. “You’ll get to ask them three weeks into the season, a month into the season, three months into the season, you’ll get a sense of ‘this is the identity of the Nets.’ This is who we are; this is how we play. Is there a collective unity for the whole group? That’s what we hope. As Steve has said throughout this summer, teams win. It’s about being a team.”

Nash said the only way the team can put Durant’s concerns at ease is to get to work every day and improve on the simple things. He believes things outside of the team’s control — mostly injuries, the COVID-19 vaccine mandate that rendered Kyrie Irving ineligible for most of the season and James Harden’s midseason trade request — were responsible for the early playoff exit.

“At the end of the year, I think it gets blown a little out of proportion because you lose,” Nash said. “So then everything is heightened. Everyone is emotional. Everyone is frustrated. Now looking back we did a lot of great things last year. We survived a stretch of the season without our three stars.”

Yet Durant still called for his job, and Marks’, which blindsided both of them. The demand for Nash’s firing didn’t look good, especially considering Nash had just gotten swept out of the first round by the Celtics, whose head coach Ime Udoka served on his staff before taking Boston to the NBA Finals as a rookie head coach.

Nash downplayed the idea of Durant trying to get his coach fired as just something that happens in sports.

“Kevin and I go way back. So families go through things like this — go through adversity, go through disagreements,” he said. “This is not new to the NBA. It has happened dozens of times, I’m sure every organization has faced that. So, you know, it’s a part of the process. It’s a part of working in this business.

“We all have expectations and when we get dinged up like we did last year, everyone’s disappointed. We cleared the air and we spoke and we got on the same page… So I’m glad we got it behind us and he’s been outstanding since we had our chat. He’s coming in and been amazing in our gym and I think he’s putting in a tremendous amount of work this summer as have we. So everyone’s done their part. Now it’s time for everyone to get on the floor tomorrow and come together.”

And here comes the potential for concern in the future. Will Durant revisit his trade request if things get rocky? Will he call, once again, for Marks’ and Nash’s jobs if the Nets get off to a slow start?

Durant suggested he won’t bail on the team if things don’t go well to start the season.

“Nets fans should know me after three years, the work I put in,” he said. “We’ve been through a lot as a team and I still go out there and do my job so I don’t feel like I have to prove anything to Nets fans after three years. I’m committed to moving forward with this team so If they’ve got doubts I can’t control it that’s on you. You’ve seen me. You know what I do. You know how much I care about playing and how much I care about my teammates and this organization by what I’ve shown these last three years.”

Marks suggested the Nets won’t have to worry about Durant in the future if they handle things correctly in the present moment.

“He knows there’s going to be ups and downs, but how do we combat that, whether it’s that anxiety or the ups and downs [of the season] as a collective unit, how we manage those,” Marks said. “There won’t be surprises on the KD front, our front, any of it.”