Killer driver, 44, who left motorcyclist, 20, to die jailed after witnesses’ SKETCH identified him

A habitual criminal who left a man to die after a road traffic collision has been identified after a witness drew their own sketch of the driver for police.

Danny Smith, 44, of Manford Way, Chigwell, Essex, crashed into 20-year-old Saleem Ahmed, who was riding a Yahama motorcycle, while driving a grey Audi in Redbridge on December 17 last year.

Saleem, who had been on the way home after visiting his brother in Romford, was treated by members of the public and paramedics at the scene of the crash but sadly died at the scene.

Detectives from the Metropolitan Police launched an investigation into the fatal collision, which occurred at about 9.20pm.

They found that the suspect vehicle had been spotted 30 minutes prior to the collision being driven in an erratic manner.

A witness drew their own sketch of the driver of the car which later turned out to be key in identifying him. 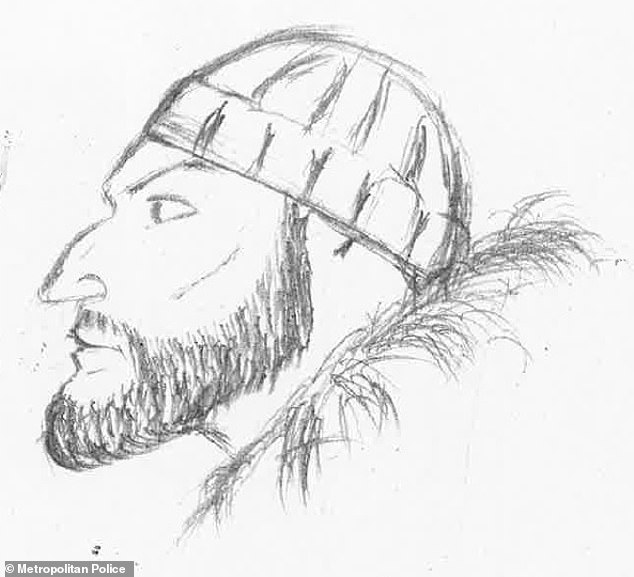 This sketch, drawn by a member of the public of the driver of the suspect vehicle, helped police identify Smith as the person suspected in the fatal collision 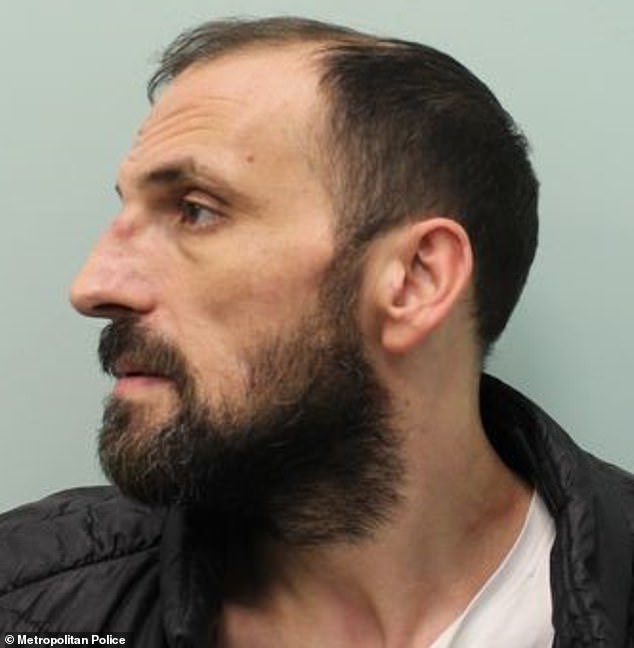 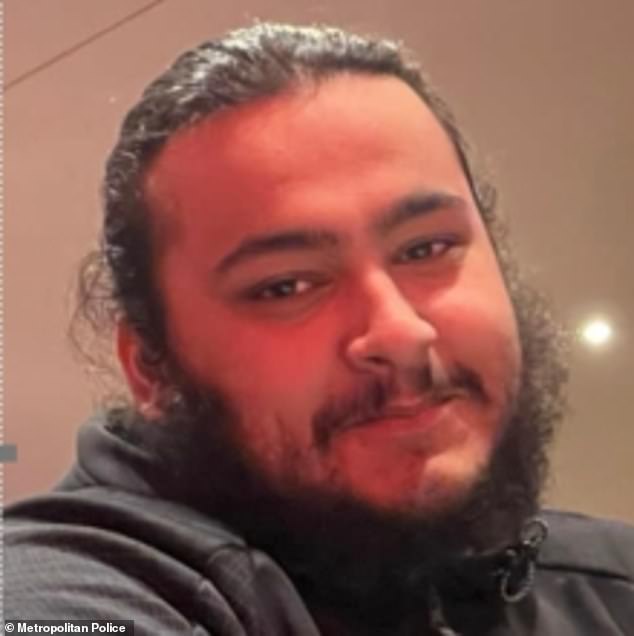 Saleem Ahmed, 20, was returning from spending time with his brother when he was hit by Smith’s vehicle in Redbridge in December 2021

In a separate investigation, detectives from the Met Police had been investigating a number of burglary offences.

Two days prior to the fatal road traffic collision, Smith gained entry into the home of an elderly female in Havering under false pretences, claiming that he had damaged her fence and would like to fix it.

Once inside, he pushed and threatened her before stealing cash and personal items.

On 1 February 2022, he had attended the home of an elderly man in Ilford and gained entry under false pretences before stealing a quantity of cash.

On 5 February, police received a report of a male who had stolen a vehicle from a car showroom in Romford whilst pretending to show interest in purchasing it.

On 7 February, Smith was seen by officers in Waltham Forest driving erratically. When prompted to stop for police, he attempted to escape by reversing into a police vehicle.

Assisted by a dog unit, Smith and a passenger in the vehicle were detained and arrested.

Enquiries revealed that the vehicle was on false plates and it was same one that had been stolen from the showroom in Romford.

After his arrest, police realised Smith was also wanted in connection with the fatal crash as the sketch from the member of the public bared an uncanny resemblance him.

He also pleaded guilty to failing to stop after a road accident, charges of robbery, burglary, handling stolen goods, criminal damage to property of a value of more than £5,000 and the theft of a motor vehicle. 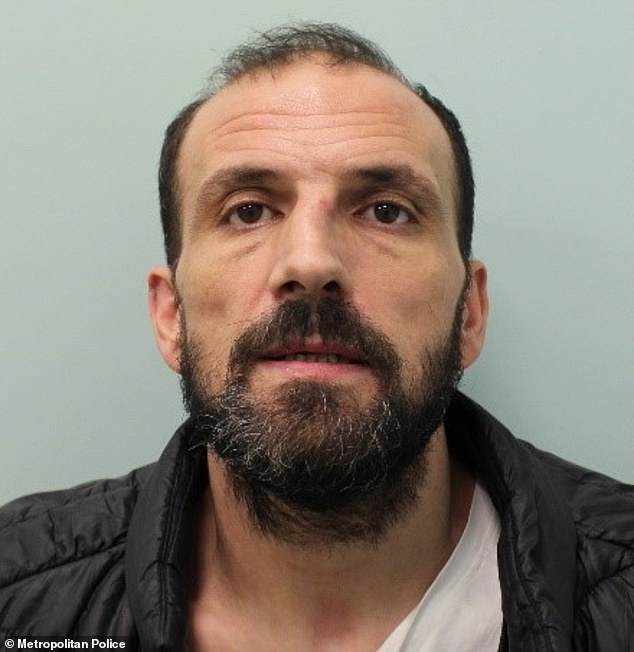 Danny Smith, 44, pleaded guilty in court to a range of offences including causing death by dangerous driving

Finally he admitted dangerous driving, driving whilst disqualified and driving a motor vehicle otherwise than in accordance with a licence.

He was sentenced to 24 years in prison at Snaresbrook Crown Court on September 5.

Saleem’s family said in a statement: ‘My son was taken in such cruel circumstances, that for years to come it will affect us all as a family, our friends and our community.

‘I will forever be thankful to the witnesses on the night of the incident; the help they gave to my son, comforting him as he passed away and to the ones who helped bring Danny Smith to justice, I will be forever grateful.

‘The support we as a family have had from the Police throughout has been second to none.

‘Nothing will ever bring Saleem back, but knowing that a dangerous criminal is back where he belongs and can no longer ruin other lives, which is what we fought so hard for. To my darling Son, we love you forever’.’

Detective Inspector Julie Trodden, Serious Collision Investigation Unit, said: ‘Saleem was much loved by his family and friends and well-liked by his work colleagues.

‘My sympathies remain with Saleem’s family, who have been through so much and supported us so steadfastly throughout our investigation and this court case.

‘I would like to thank them for their courage, bravery and patience and hope they know we have done the best we could for them, and for Saleem.

‘I would also thank all those members of the public that stopped on the night of the collision and made efforts to help Saleem.

‘I know that Saleem’s family would echo these comments.

‘It can only be said that Smith’s actions were reckless, dangerous and entirely avoidable’.

Smith was sentenced to a total of 24 years in prison and must serve at least 12.

He was also disqualified from driving for 23 years and five months.