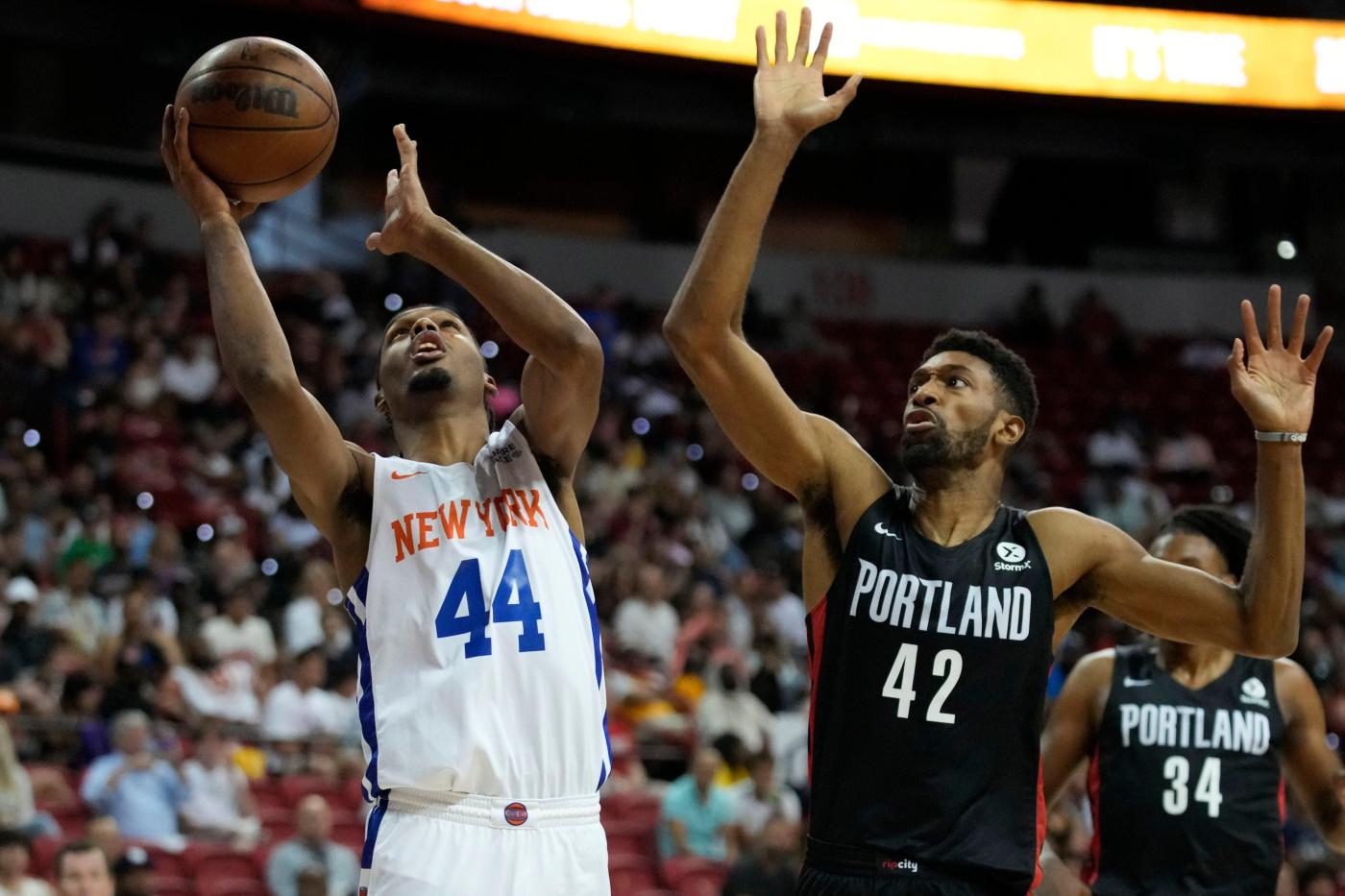 An otherwise encouraging trip to Vegas ended with a letdown.

Vying for their first Summer League title, the Knicks went cold in the championship game Sunday afternoon and were stifled by the Blazers in a 85-77 defeat.

Quentin Grimes, the only former first-round pick on the Knicks Summer League roster, typified the team’s offensive struggles while missing nine of his 11 3-pointers. It was an uphill battle from tipoff and the Knicks missed out on championship rings, which were distributed to the winners for the first time in Summer League history.

Yes, the 10-day tournament in Vegas, once an afterthought in the NBA calendar, has become such a corporate moneymaker they are giving out diamonds.

Grimes, like teammate Miles McBride, have been linked to trade rumors for Utah’s Donovan Mitchell. They probably added to their value this month. We’ll take stock below.

Yeah, it was a disappointing final game for Grimes, who was hounded by Portland’s defense and shot 5-for-16. But otherwise, Grimes answered the call of being the team’s featured offensive player, averaging 23.5 points in the first four games and demonstrating an aptitude for shot creation that we hadn’t yet witnessed from him in the pros. And even with the dud against Portland, Grimes was a candidate for the Summer League’s overall MVP, an honor previously won by Dame Lillard, John Wall, Blake Griffin and Nate Robinson.

The 2021 second-round pick battled defensively and dropped 23 points on 9-of-23 shooting against the Magic. Like Grimes, he was unimpressive in the championship game but, overall, probably left a strong impression on Tim Thibodeau and perhaps even Utah executive Danny Ainge.

He’s an athletic phenomenon and that carried over to Summer League. The big gripe is Sims’ foul shooting, which needs to improve if he wants consistent minutes in the NBA. He managed just 42% from the stripe in Summer League after shooting 41% last season.

On a two-way deal this season, Hunt’s athletic but needs to fill out physically. We like the potential at just 23 years old but it’s tough to see him securing a spot in the regular season unless the roster is depleted by a Donovan Mitchell trade.

Just didn’t look ready. The second-round pick responded poorly to his first professional minutes, boosting the concerns about his shot (he made just 20% of his 3s). Keels will have time to work on this stuff in the G League.

We enjoyed the competitiveness of Daquan Jeffries and Jean Montero had some moments, but the Knicks featured the players with contracts in Summer League and didn’t give many opportunities to the rest of the roster.