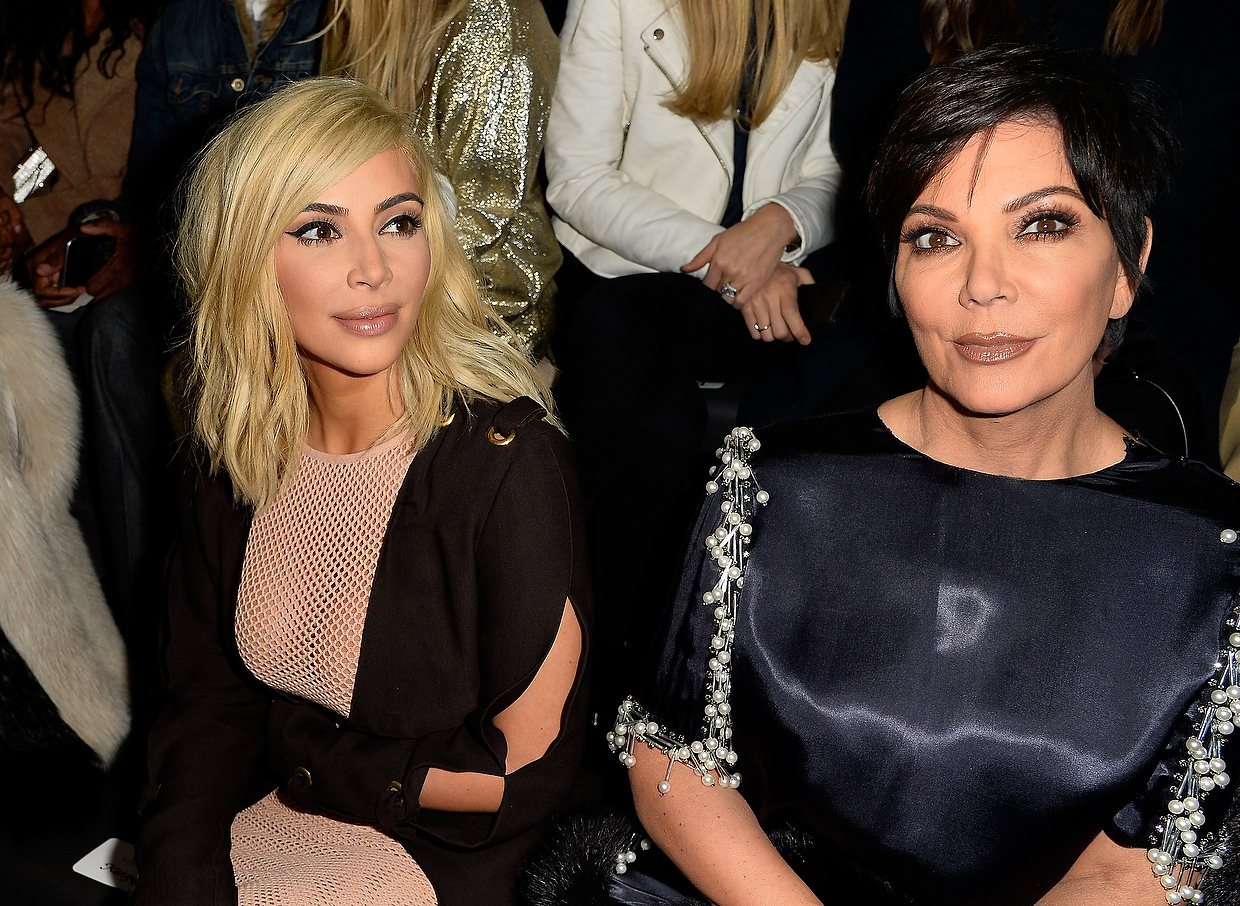 If singer Ray J is to be believed, Kris Jenner could add pornographer to her long list of job descriptions as self-professed “momager” of the Kardashian clan.

Ray J, who made a sex tape with Jenner’s daughter, Kim Kardashian, claims Kris  Jenner didn’t just arrange for his 2007 sex tape with Kim to be released, she viewed multiple versions to choose the one in which her daughter looked the best.

Ray J’s description of Jenner’s active involvement in the aesthetics of her daughter’s sexual performance comes in the singer’s latest burst of revelations about how, he says, Jenner and Kim Kardashian helped to orchestrate the release of Kim’s pornographic tape,” Kim Kardashian: Superstar.”

Rumors that Jenner and Kardashian were complicit in the release of the video, which propelled their family into the public eye, go back to 2007. The mother and daughter have long denied any involvement. The tape was made by Kardashian and Ray J when they were dating, and during Kardashian’s 21st birthday celebrations in 2002. The tape was released five years later.

Ray J, whose full name is William Ray Norwood Jr., has been speaking out about the women’s alleged complicity for the past several months. He amped up his claims over the weekend after Jenner said she was not involved in its release while sitting for a lie detector test on “The Late Late Show with James Corden,” Insider reported.

In an Instagram video, Ray J repeated that he, Jenner, and Kardashian collaborated to release the tape and showed a purported contract he said was used to negotiate the deal, Insider reported. One document identified three “deliverables” titled “tape 1: Cabo intro,” “tape 2: Cabo sex,” and “tape 3: Santa Barbara sex.”

In an earlier Instagram video, Ray J alleged that Jenner had asked him and Kardashian to record the “Santa Barbara” tape, Insider reported.

“The third sex tape, or the second they been trying to play me on, that (expletive) called ‘Santa Barbara sex,’ her momma made us go shoot it for safety,” Ray J said, according to Insider. “She watched the (expletive) tape and said hey, ‘We’re gonna go with the first one ’cause the first one is better. It gives my daughter a better look than the second one that I made y’all do.’”

On Tuesday, TMZ published a May 1, 2007 email that was sent to both Ray J and Kardashian that showed that the tape made more than $1 million in the first six weeks after its release.

The email was from Steve Hirsch, the head of Vivid Entertainment, which distributed the sex tape, TMZ said. Vivid Entertainment long maintained that it bought the tape from an unidentified third party for $1 million, but in the email obtained by TMZ, Hirsch informed Ray J and Kardashian that the tape had made $1,424,636.63 in revenue, including the majority, $1,255,578.50, coming from DVD sales.

Before the tape’s March 2007 release, Kardashian filed a lawsuit against Vivid, claiming that she didn’t authorize it being made public, TMZ said. Her lawsuit was settled in late April of that year, and four days later she received the email from Hirsch about its huge sales numbers.

Ray J told the Daily Mail in May that the tape has “never been a leak,” saying that it was a “deal and a partnership between Kris Jenner and Kim and me.” He said that putting out the video was his idea and he suggested it to Kardashian after they saw how Paris Hilton’s public profile soared when a sex tape she made was leaked.

While Kardashian claims she didn’t want the tape to go public, Ray J said the now 41-year-old shapewear mogul liked the idea and enlisted Jenner to organize its release via Vivid Entertainment, the Daily Mail reported. Ray J also said that Kardashian held onto the only copy of the tape, stashing it in a  shoebox under her bed.

Ray J told the Daily Mail that he decided to speak out on the tape after Kardashian brought it up on the first season of “The Kardashians,” the family’s new reality show for Hulu, which premiered in April.

One of the season’s storyline had to do with Kardashian’s claims that she was being threatened with the release of purported extra footage from the sex tape. In the third episode, Kardashian’s ex-husband, Kanye West, boasted about retrieving the remaining footage from Ray J, but Ray J told the Daily Mail he was happy to hand over a laptop that he said contained intimate photos that were shot during his four-year relationship with Kardashian.