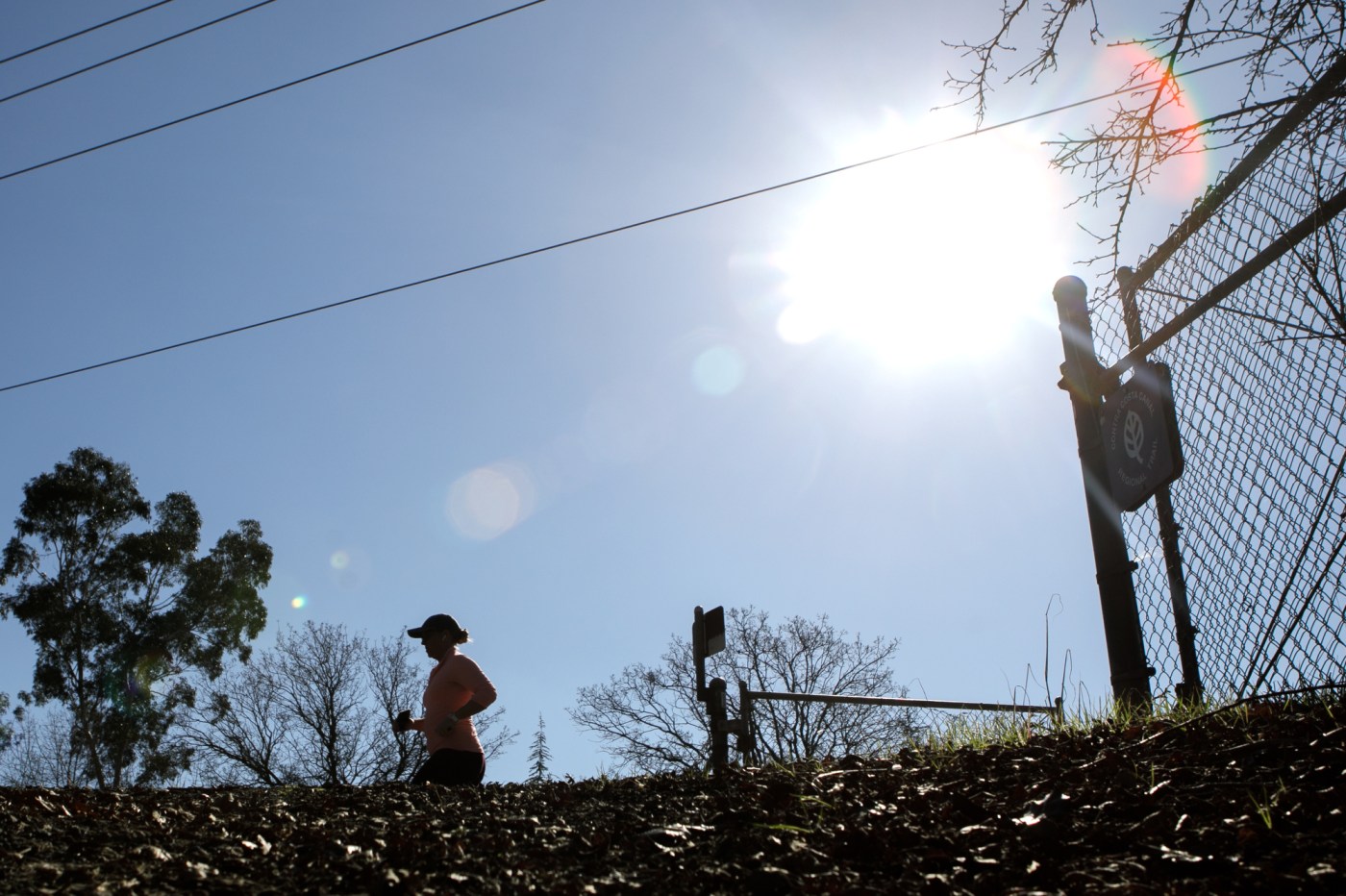 The clock continued to tick down Thursday toward the Bay Area’s rendezvous with a scalding Labor Day weekend heat wave that promises to push temperatures up to 110 degrees in parts of the region.

“There really hasn’t been a lot of change in the last couple of days,” National Weather Service meteorologist Braden Murdock said. “We’re still on course.”

The hottest day of the scorcher is expected to be Monday, when the mercury is expected to rise to 111 degrees in Brentwood; 108 in Livermore and Pittsburg; 107 in Walnut Creek and Morgan Hill; 106 in Dublin; 105 in Pleasanton; 99 in San Jose and 87 in Oakland.

But Thursday offered a warm-up to the warm-up. High temperatures were forecast by the weather service to be 105 in Brentwood; 103 in Pittsburg; 102 in Walnut Creek, Concord, Pleasanton and Dublin; 99 in Morgan Hill and 90 in San Jose.

The heat is expected to tax the state’s power grid, and the California Independent System Operator extended a statewide Flex Alert for the second straight day. It will be in effect from 4-9 p.m., and customers are asked to conserve energy to avoid rolling blackouts.

As of noon, the alert had not been extended past Thursday.

A heat advisory remained in effect for the interior parts of Monterey and San Benito counties and is set to go into effect for the rest of the region Saturday at 11 a.m. It runs through Tuesday at 6 p.m., an extension by 24 hours from the previous warning.

In response to a request from Contra Costa County fire officials, the city’s of Concord and Walnut Creek closed their open spaces through the heat wave.

Libraries in Cupertino, Gilroy, Los Altos, Milpitas, Morgan Hill and Saratoga also will be open at various times throughout the weekend.

The weather service said the heat is expected to be especially dangerous in the Sacramento Valley, where all-time weather marks may be threatened.

The heat wave is being caused by an expanding high-pressure bubble that originated in the Southern Desert near the four corners, according to forecasters. As it expands, air pollution likely will kept from escaping and the air quality could deteriorate. Air-quality index forecasts by the Bay Area Air Quality Management District predicted moderately healthy air through Tuesday.