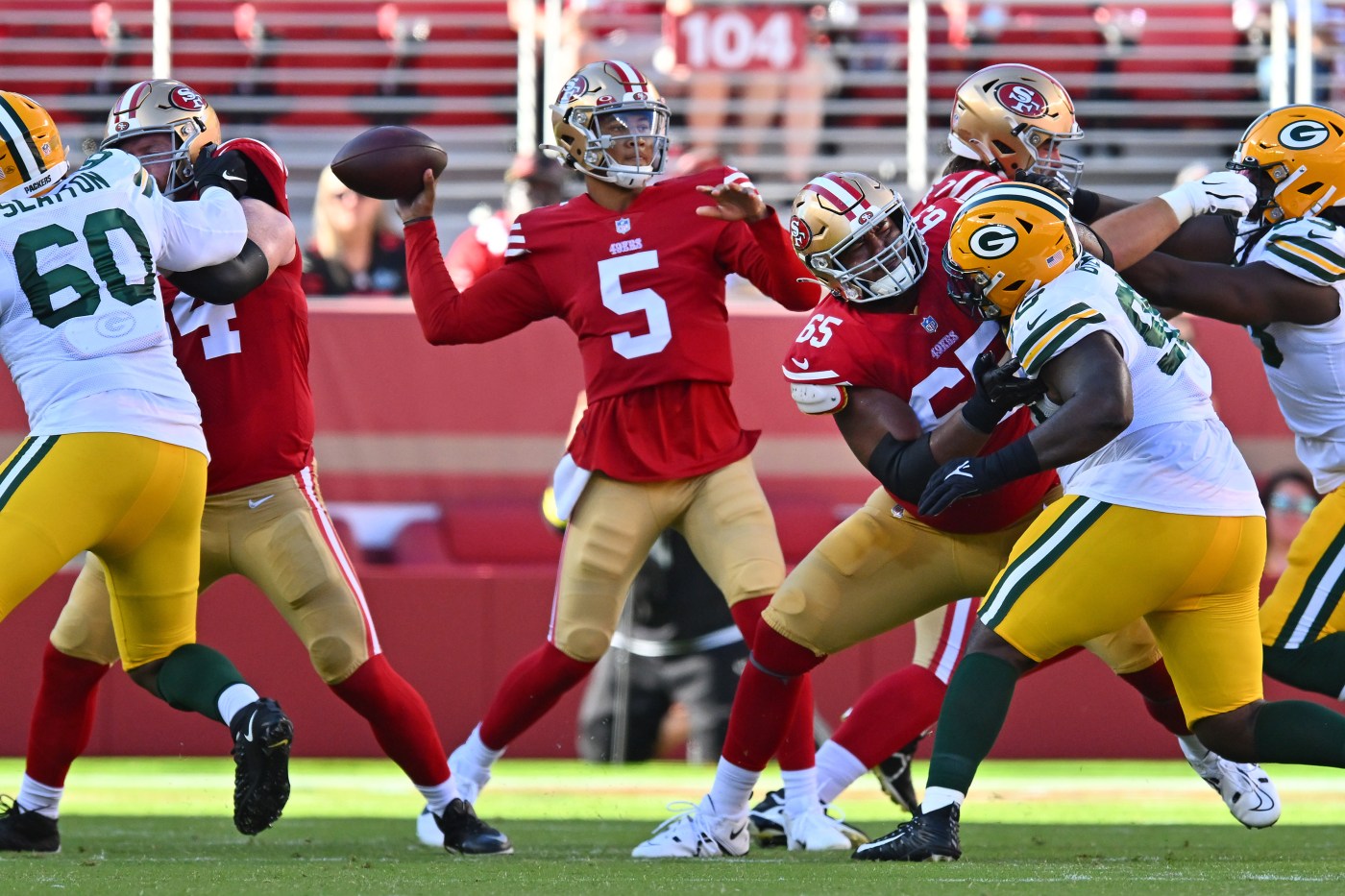 To view the live updates on your mobile device click here.

As the 49ers get ready to kick off the 2022 season, there’s a lot about the team that remains the same from 2021, when they were on the cusp of an NFC title. But the one difference is at the position that matters the most — and will almost certainly be the dominant storyline of their season, no matter how it ends up.

Trey Lance will play his first game as the full-time starting quarterback in Chicago on Sunday as the 49ers take on the Bears. The third overall pick in the 2021 NFL Draft, Lance backed up Jimmy Garoppolo last season, starting twice when Garoppolo missed games because of injuries.

While Lance becoming the starter for 2022 seems to have been the plan along, the bigger surprise is that Garoppolo is still here — even to head coach Kyle Shanahan. Garoppolo accepted a contract that significantly reduced his guaranteed money, but still makes him the highest-paid backup quarterback in the NFL and, if Shanahan needs him to play, has incentives that could more than double his salary, by season’s end.

There’s also the quarterback matchup on the field, too, as Lance’s fellow 2021 first round pick Justin Fields (11th overall) will begin as the Bears starter. Fields started 10 games for the lowly Bears last season and will undoubtedly have his performance compared to Lance’s on Sunday — especially if he leads the Bears to an upset win over a team who could have taken him.

Outside of the quarterback position, the 49ers are returning a very similar roster to last season’s NFC runner-up. On defense, Nick Bosa, Arik Armstead and Fred Warner are set to lead the way. And after a tumultuous offseason of rumors, Deebo Samuel has a long-term contract extension and will be part of a dynamic group of offensive playmakers.

Health is always a factor in the NFL, though, and the Niners will miss safety Jimmie Ward (hamstring) for the first four weeks and may not have George Kittle (groin) on Sunday after the tight end didn’t practice all week and was listed as questionable on Friday’s injury report. How the 49ers handle the downpour in Chicago also will be worth watching.

How will Lance look in his debut as the full-time starter? Can the 49ers defense start off strong? Will Kittle play? How will the weather impact the game?

Follow along with our reporters Cam Inman and Jerry McDonald, columnist Dieter Kurtenbach and other analysts providing their thoughts about the game.