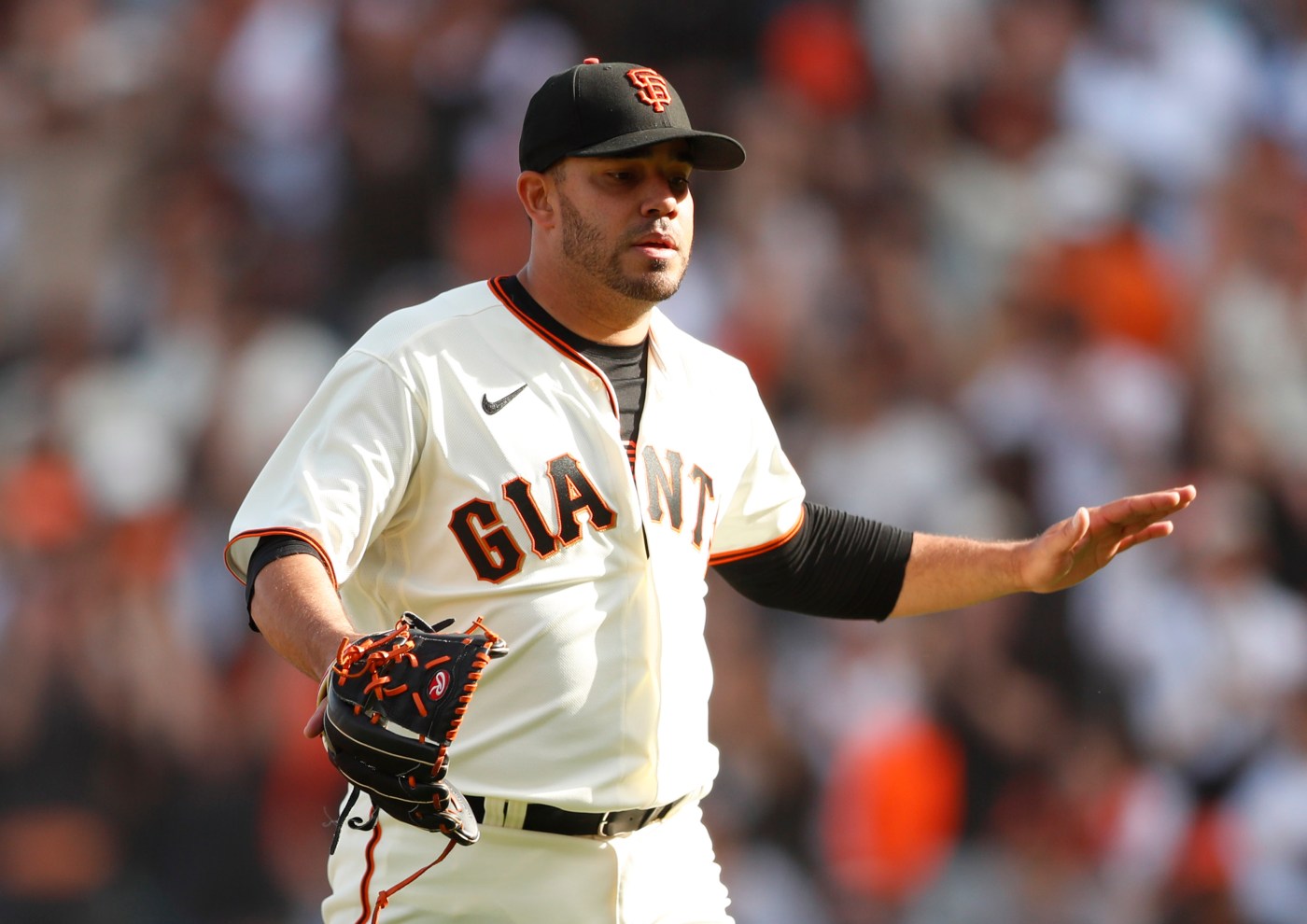 ATLANTA — To activate Anthony DeSclafani from the 60-day injured list for his start against the Braves Tuesday night, the Giants needed to make a roster move, but it wasn’t the one many expected.

Left-handed reliever José Álvarez was placed on the 15-day injured list with tightness in his lower back.

However, manager Gabe Kapler said the back issue only popped up on the team’s flight to Atlanta Sunday evening.

By placing Álvarez on the IL, the Giants were able to keep fellow left-hander Sam Long on their active roster. Long, who has options and has gone up-and-down already this season, was seen as a prime candidate to make way for DeSclafani on the active roster. He has a 1.96 ERA in 14 appearances this season, often pitching in a bulk role, and has allowed one run over his past 13⅔ innings.

Coming off the 60-day injured list, DeSclafani (right ankle inflammation) also needed to be added back to the 40-man roster. To clear space there, the Giants placed right-handed reliever Sam Delaplane back on the 60-day injured list. Delaplane, who is recovering from Tommy John surgery, has appeared in four games with Single-A San Jose on a rehab assignment.

DeSclafani hasn’t pitched in a game since April 21, when he turned in his third straight underwhelming outing to start the season. Both he and the Giants are confident those issues were stemming from the inflammation in his ankle, which he uses to push off with in his delivery.