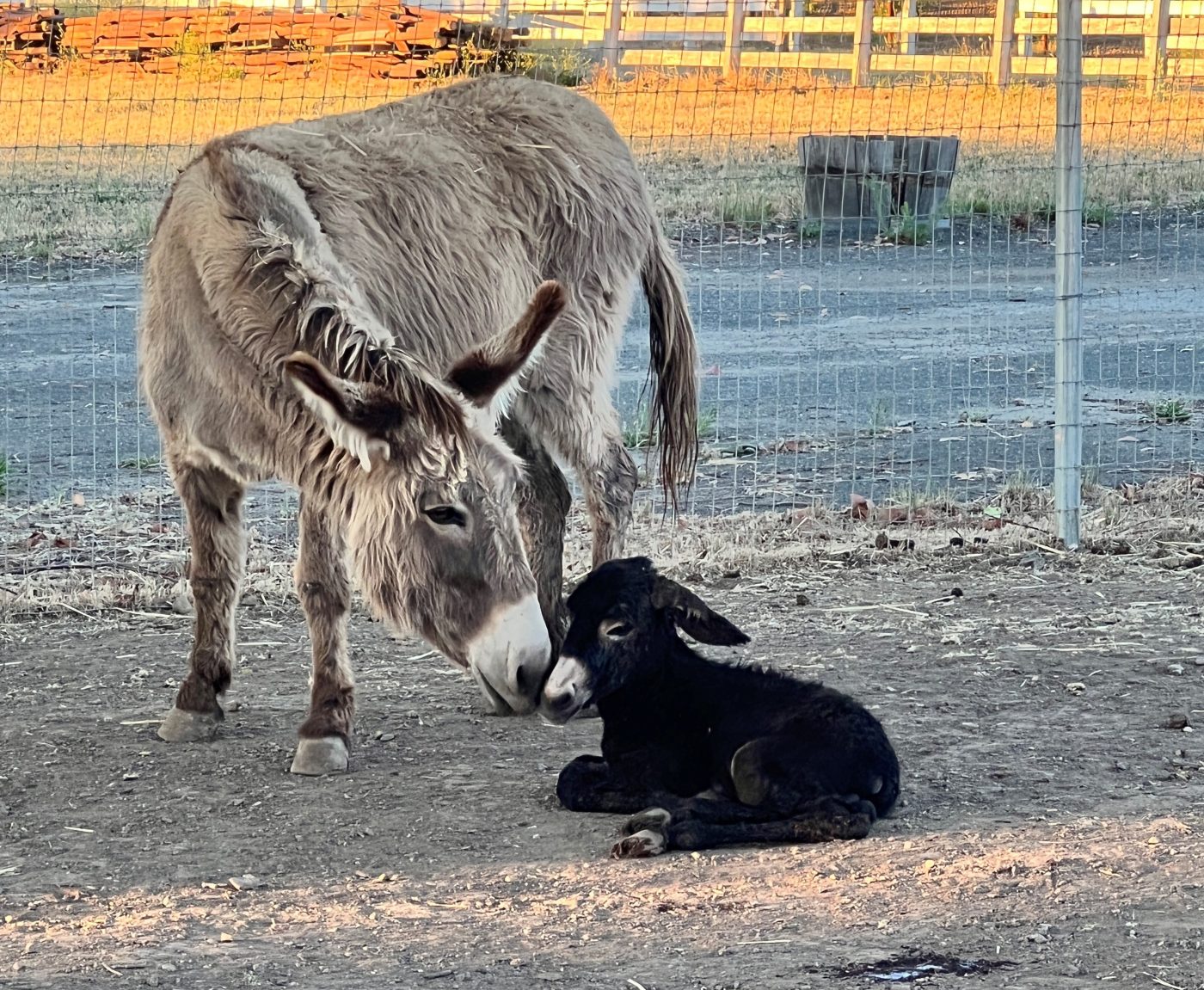 Donkey rescue is
an inspirational story

In a world seemingly filled with adversity on so many levels, your article “It’s a donkey baby boom at sanctuary,” (Page B1, Aug. 8) about Ron King’s rescuing and rehoming efforts on behalf of needy donkeys – especially mares and their offspring – was heart-warming and inspiring.

King gave up other lucrative and high-exposure endeavors and devoted his time and money to the loving care of these animals – down to their most detailed needs.

Thank you, Mr. King, for Oscar’s Place, and thank you, Joan Morris, for sharing this story.

The article reporting on the recently released draft EIR for the proposed Sargent Mine was egregiously one-sided, and inappropriately downplayed the expected ecological and cultural impacts detailed in the impact report.

The proposed mine would irreversibly destroy one of the last remaining indigenous cultural sites (the Juristac Tribal Cultural Landscape) in Amah Mutsun territory not yet desecrated by development. Yet instead of detailing this fact, the writer wrote that the report showed “only moderate impacts” would result to “tribal archaeological sites.” The report clearly details “significant and unavoidable” impacts to tribal cultural resources despite mitigation measures.

The author also seriously downplays – and poorly characterizes – impacts to wildlife. If allowed, this would be not one, but several hilltop-removal operations on the most critical wildlife corridor in the Monterey Bay.

To top it off, the writer gives the last word in the article to a disgusting statement from Verne Freeman.

It is refreshing to see more editorial boards in California endorsing Lanhee Chen, the Republican candidate for state controller. Voters who want change in California should look toward Lanhee for the same reasons.

We need an independent fiscal watchdog who focuses on ensuring tax money goes where it needs to. Instead of a candidate that treats the controller position as a platform to fight for issues hardly related to the job, we need someone who promises to audit state spending and expose waste. Taking these actions can help explain why the state fails to combat skyrocketing housing prices, a failing education system, fiscal irresponsibility, and unemployment fraud, to name a few.

California does not need more politicians to cozy up to the one-party monopoly in Sacramento and fail to create real change. Lanhee understands and respects the boundaries of the controller’s job, especially for an office intended to be independent.

In her Aug. 7 letter (“Media ignores heart of Trump’s Jan. 6 speech”, Page A12) Ronna Devincenzi admonishes The Mercury News for failing to report on what was arguably the only sane line in Donald Trump’s otherwise incendiary speech.

According to Devincenzi, this line, in which Trump remarks that “everyone here will soon be marching over to the Capitol building to peacefully and patriotically make your voices heard” was “a key takeaway for me that day.” While that may be nice for her, I’m pretty sure that the army of angry and misguided Trump supporters – the ones who violently assaulted the Capitol immediately after being whipped into a frenzy by Trump’s litany of stolen election lies and exhortations like “We fight like hell and if you don’t fight like hell, you’re not going to have a country anymore” – garnered a completely different “key takeaway” from his speech that day.

Israel has a right
to strike terrorist PIJ

Palestinian Islamic Jihad is a terrorist organization that’s goal is to establish an Islamic state from the Jordan River to the Mediterranean Sea.

More Gaza children were killed by PIJ in this round of fighting than by the Israelis. They shoot rockets and missiles indiscriminately and hope they kill Jews, but sometimes they miss and kill their own people. About 20% of their rockets fell short and stayed in Gaza.

Israel is now taking the fight to them, not waiting to be attacked first. When you are dealing with terrorists who don’t care who they kill, you don’t need to wait for them to attack first.

Hamas, another terrorist organization that rules Gaza, is unable or unwilling to control the PIJ and the same can be said about the Fatah rulers in the West Bank. Israel is justified in taking action to protect herself.